So, half of Powderpaint shared their first vlog, and it's all about Mastodon. It's a really good little intro, providing not just the dry facts, but the real attractions over birdsite. Of course, the two needn't be mutually exclusive - plenty of folk maintain accounts on both, and wind up using them very differently, for the kinds of reasons you'll hear about. ^_^ 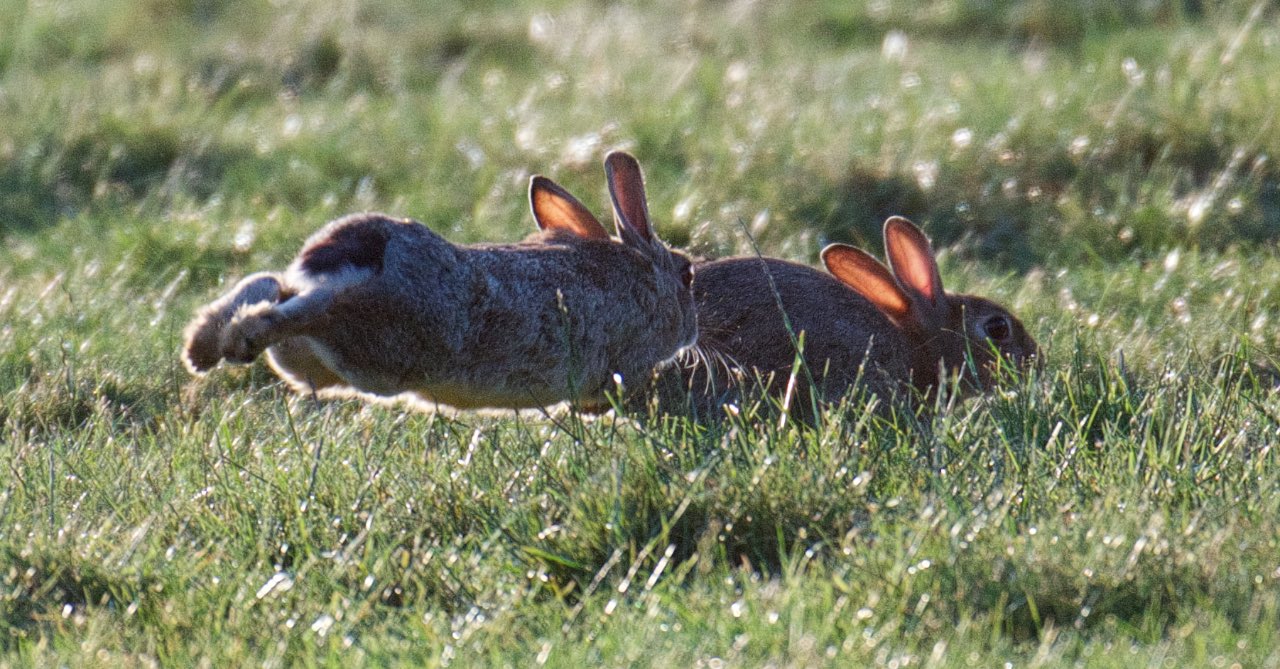 A rather energetic - and typically brief - chase. ^_^

Here's rather an unusual electronic track, somewhat reminiscent of the opening theme to Ghost in the Shell: Holly Herndon "Eternal". (Note: if you're susceptible to flashing lights, this would be one to avoid, with some rapid cuts amounting to the same thing)

I was quite disappointed the other day to realise Virgin Atlantic's split its "economy" fares into two, with the lower end one now lacking any checked baggage, yet still at the higher end of the price range for LHR-SFO. As is, whilst their service is generally very good, I'd be more likely to go with United again, which seemed to've improved markedly from ten years ago. BA - eh, much as I enjoyed getting to see and fly in an A380 at last, the seat pitch was too narrow for comfort.

A fiction anthology of note: Transcendent 4, "The Year's Best Transgender Themed Speculative Fiction" - someone I know on Masto wrote Ghosts, featured therein, and if the rest are of similar quality, this will be a work not to be missed.

A voop made an appearance! Thankfully, nobody came to harm - they were aware immediately, and there's a warren entrance just in front of the buns, so they were able to make good their (hasty) departure in plenty of time.

Well, poop. Looks like Mojave is the end of the line for Aperture. =:P For now, I'll probably just stick with Mojave - there's plenty I'd like to play with in macOS Catalina, but migrating multiple terabytes of Aperture libraries would be a pain of an exercise, even if I had a replacement application lined up. That said, I'll likly futz around and see if it can be unofficially cajoled into working, as invoking the application manually does start successfully - Aperture itself is a 64-bit application - but dies on being unable to locate a framework, not helped by, in my case, the OS booting off one drive, and the Aperture installation being on another - a fast thumb drive and Hazel's internal SSD respectively. Worst case, I may see if I can set up a Mojave VM within Catalina. 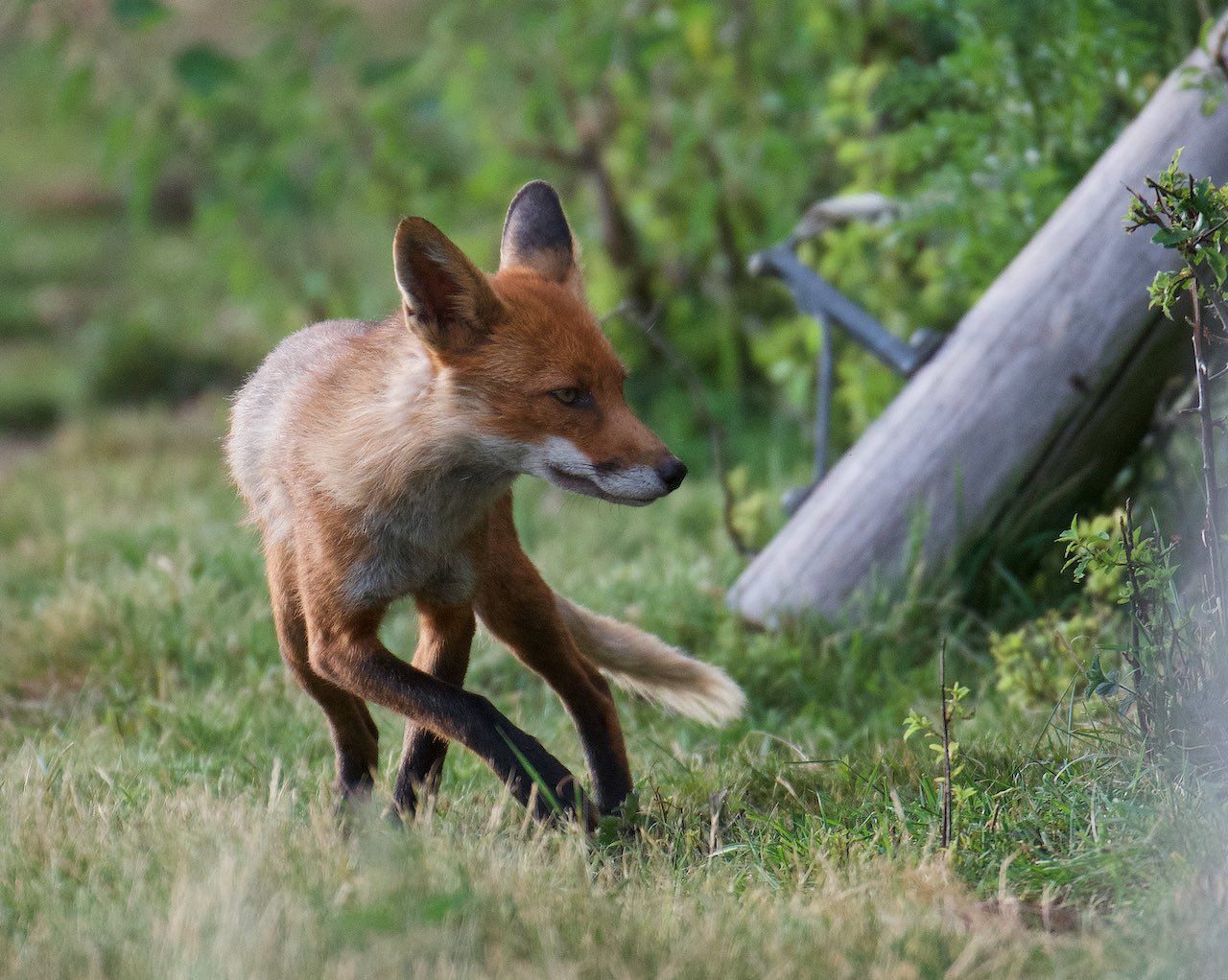 The aforementioned visitor on their way out, contemplating an exit route.

As for the rest of the WWDC keynote - well, obviously, one of the stars of the show was the new Mac Pro, a veritable beast of a machine: if you genuinely need serious power, the top-end with a 28-core Xeon with 1.5TB RAM will likely suffice. =:) I did, of course, enjoy the fact iPad got some love on the main stage for once, not just relegated to being iPhone's big sister. Interesting they've split the OS names apart, so there's now iOS for iPhone, and iPadOS for iPad. Whether that's a technical decision or more marketing - probably more the latter, so devs aren't put in the position of having to explain the iOS version of their app does do thing, but only on iPads; easier to just be able to say the iPadOS version does this, and the iOS version does this other thing instead. Needless to say, I got iPadOS installed on the Pro straight away. ^_^ At first blush, it looks good - the grid layout shifting from the old 5x4 to 6x5 with smaller icons is a very welcome enhancement, with other tiny refinements like the volume control widget now appearing discreetly at the top of the display, rather than right in the center, where whatever you're watching is briefly obscured. Application launching and resuming feels quite a bit faster, too, apparently due to the use of compression everywhere. It's definitely a beta, needless to say - I've noticed WiFi drop out a few times, and occasionally Preferences will crash. For the most part, it's at a usable condition, but certainly not release ready.

Rather tragically, it's been announced that Maker Media is ceasing all operations, bringing with it the current end of Make magazine and the Maker Faire. The hope is to be able to revive the company somehow, but with that market being so difficult to sustain financially, I'm not overly optimistic, unless some deep-pocketed sponsor were willing to continue it essentially out of goodwill.

If you have a paid SL account, be aware the rates are rising in June 2019. Billed annually, the price goes from $72 up to $99; if you're on an account old enough to receive L$500/week, that means the cost isn't quite covered, with L$26k currently coming to about $96 after fees. Even though these are, as they note, the first Premium account price rises in a decade, it's a bit of a surprise to spring. =:P Still, they do also note that they'll let people pay ahead of their usual renewal date at the current rate.
Collapse