The story of the Four Thieves Vinegar Collective is well worth reading, being a group dedicated to the home production of a few highly useful compounds, which, obtained conventionally, would be ruinously expensive for those requiring them. Amongst their projects are replica Epi-Pens, promoted to notoriety by the execrable Shkreli hiking their price to several hundred dollars each, vastly beyond their cost of production and development.

Well, now! Looks like the EU's looking to improve the situation with device repairability: "The European Parliament now wants the European Commission to create a clear definition of the term “planned obsolescence" and to develop a system to track that aging process. It also wants longer warranty periods and criteria to measure a product’s strength. Each and every device should also have a mention of its minimal life expectancy. Devices should also be easier to repair: batteries and other components should be freely accessible for replacement, unless safety dictates otherwise. Manufacturers will also need to give other companies access to their components so that consumers can visit those companies for repairs." I'd be particularly pleased to see that extend to MacBook Pros, which, in recent years, have been fabricated with the upper case, keyboard, and battery as one part, so replacing any element of the three means having to shell out for the whole shebang.

Apparently, the original Gamera films have finally escaped the clutches of copyright: enjoy!

Now that was a delight, making contact with Ice Foxx again. ^_^ This time, over on Mastodon. As an aside, you can find their Vancoufur 2018 photos over here, lovingly shot with a D600 and Nikkor 50mm - this isn't a photodump by any means. =:D

Ooh! Somebody's kindly compiled the classic Cadbury Bunny ads. Ah, how many furries she was responsible for creating.. =:)

I should, as an addendum to my earlier recommendation of the comic The Property of Hate, note that it's actually still ongoing - so, don't feel that just because you've reached the Dolly Zoom chapter that you're going to find how everything wraps up. =:) I'll happily reiterate that it's an exceptional webcomic, however - and checking the artist's bio page on her site indeed confirms my suspicion that she has animator blood in her veins. =:)

How to make your own Mac eGPU - in the author's case, originally a GTX 1050, now a 1080, to best handle an Oculus Rift's gameplay requirements. There are some additional useful notes in the Hacker News comments. It's even using the same model MBP I have, which offers Thunderbolt 2, rather than the 40Gbps Thunderbolt 3 of the more recent models, and apparently works with both macOS and Windows.

Just some minor notes on UK supermarket delivery options. BTW, is there any chain offering Romaneco broccoli/cauliflower? I saw it a few years ago in Safeway, but not since their UK acquisition by Morrisons. (I should, of course, make an effort to turn up at the local market sometime, and see if one of the vegetable vendors offers them - so much tastier than the usual cauliflower! Plus bonus cool fractal patterning =:)
- Sainsbury: quite middle of the pack. Decently reliable. £40 minimum. No bargain cola.
- Tesco: similar, though a participant in the heinous Work Programme. Does offer a bargain cola, around 23p/2l bottle.
- Waitrose: particularly good with missing items; one time, when a few bottles of beer were missing, a staffer came around that evening to personally drop them off. (The others will only issue a refund) £60 minimum, no delivery fees. Sadly dropped Unearthed's pork rillettes and Sheppy's Dabinett recently, nudging me over to Ocado instead, who kindly offered me a three month pass to try (successfully) to lure me back into using them.
- Ocado: particularly good cider selection, £40 minimum, but the delivery costs are higher until you top £75, unless you're using a pass. (£7/mo any time, £5/mo Tue-Thu) Only option for said cider selection, and pork rillettes, which sadly simply aren't a thing in the UK, as far as supermarkets go.
- Asda: as scummy a company as Tesco. Actually has usually managed to keep their own brand cola in stock during the recent CO2 shortage. Significantly, offers a £25 minimum, but only if you're not using a pass, in which case it's £40. (Because reasons?)
- Morrisons: £40 minimum, backend provided by Ocado, unfortunately not reflected in the delivery performance, with my first order coming with 3 of the 10 bottles of diet cola I'd ordered, and not due to any acknowledged shortfall or substitution. They also managed to put the asparagus in with some frozen goods, leaving them pre-wilted, and only acknowledged being handed two bags rather than the seven or so. They did refund the missing bottles, but given the hassle factor involved, plus the simple point that that still left me without much cola, I wasn't too thrilled by their response. Eventually, they did concede the point, and refunded the delivery charge, offered a free month's pass, and a £10 coupon. The second order arrived without issues.

Oh, praise their noodly appendages - the buns are back! =:D First, the old aerial testing site, where three were craning forth to reach the delicious blackberries beginning to turn ripe. Then.. not much, actually, at the main spot, so I wandered along the footpath (thankfully now cleared - in summertime, it can grow all but impassable with nettles and tall grasses) over to another spot, where I took Momentary, but hadn't seen any activity since about October 2014. And there were two there! =:D (And plenty of droppings on the footpath leading there, too) Encouraged, I headed back to the "main" spot, and found up to eight going about their business in the final hour of the day.

I suppose I don't have to tell anyone here just how much that encourages me for their future. ^_^ 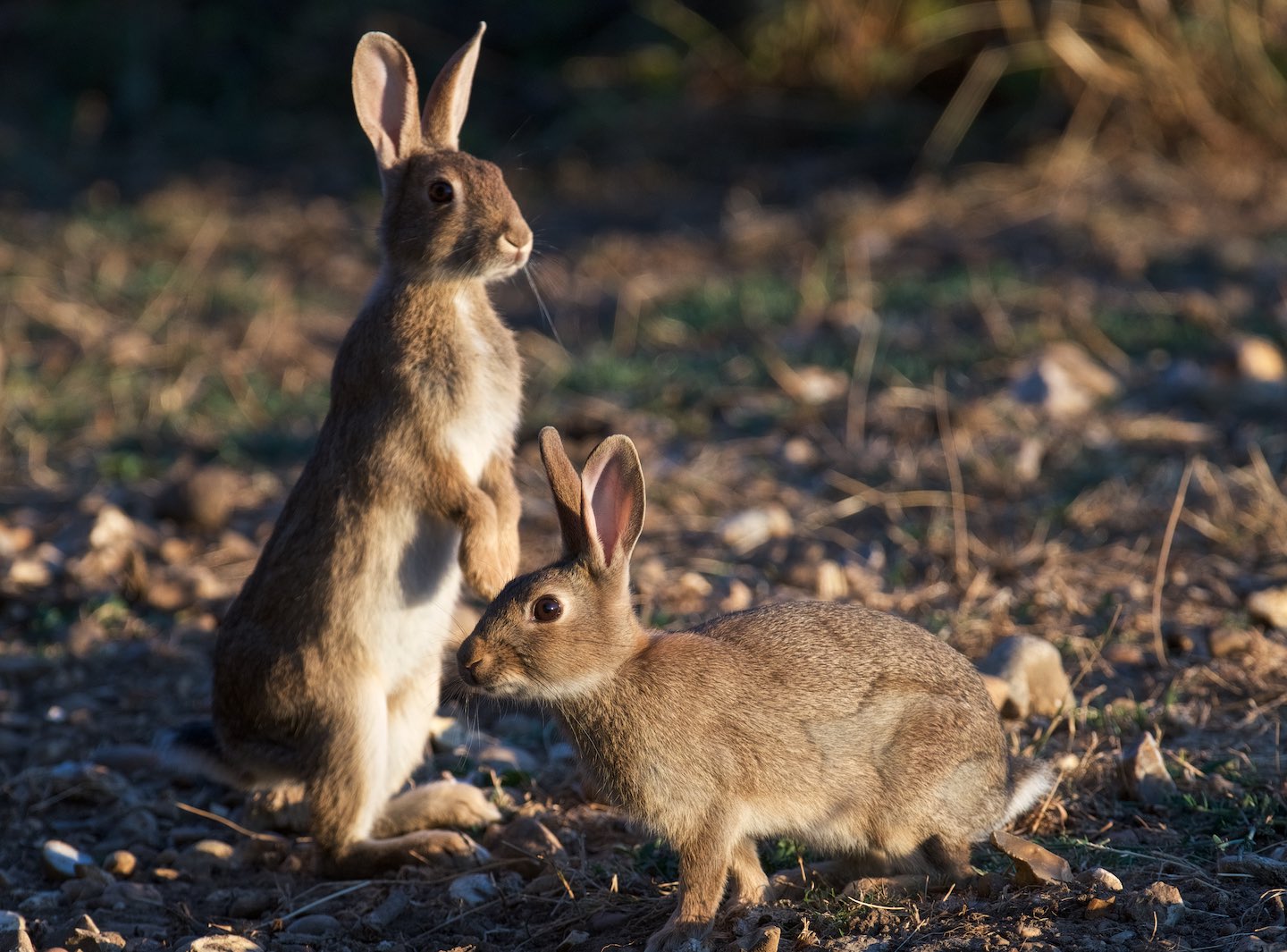 And this shot caught my eye, for their jaunty little grin. ^_^ 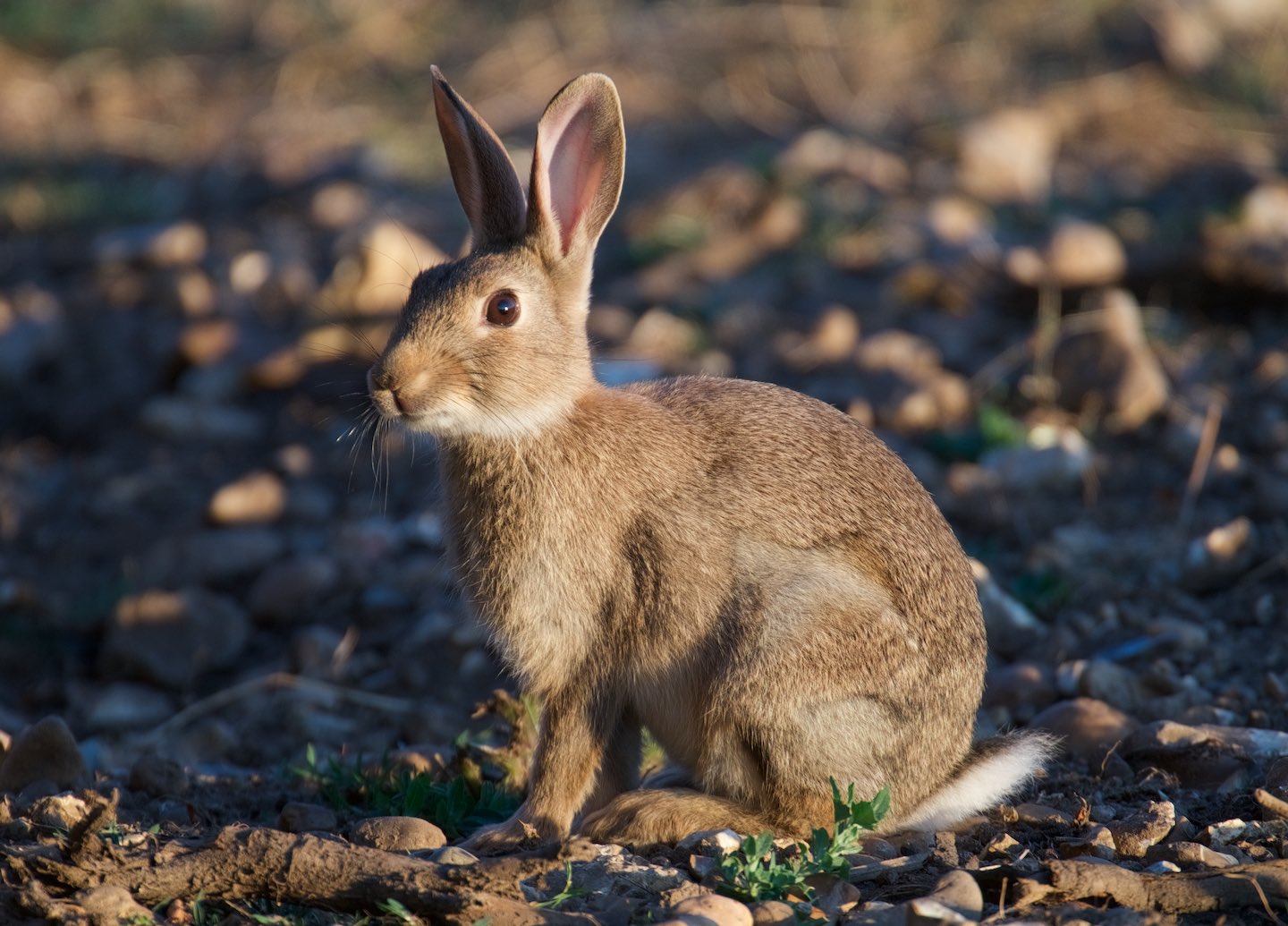 BTW, these days, I'm using the full size images, resized to window width - is that working out for everyone? It does mean higher image file sizes, but I'm thinking that's a fairly small difference these days; the grin above, f'rex, is about 131K for the 800px version I would've used previously, and 245K for the full 1440px version. This way, I can accommodate folks viewing in very wide browser windows, and even with cellular connections, it feels like a modest hit - and as a bonus, you're able to save the full size version by simply dragging it from the browser. Though it's always welcome to receive faves on Flickr, I'll admit. ^_^

Woohoo! And following on from my mention last month that Mojave b2 apparently broke Aperture importing directly from the D500 (tethered, as Nikon's finally discovered USB3, and I don't have an XQD card reader), it would appear that the recent b7 fixed that - at least, a test import using the new OS worked perfectly normally. ^_^ True, I may have to find an alternative someday, but I'm in no hurry - Aperture works as well as it ever has, with all the processing options you'll want, nestled within an easy to use management system. I wonder if Serif will indeed eventually come out with their equivalent? It's been rumored for a few years now that they intend to, but it seems, from what I can glean from the company forum, to remain gently simmering away under development. They're the people I'd like to see such a replacement come from, as their UIs feel good to me, especially versus Adobe's. I did file an official bug report, but that was closed rather swiftly, noting Aperture was discontinued and no longer supported - which is certainly true, but it wasn't a change to Aperture that broke things. So, who knows? With this fix, maybe someone there does still care about Aperture. ^_^
Collapse