And so it came to pass that the D7100 handed over its reign as the bunnycam's mainstay to the newcomer, a D500. ^_^ The main factors for me were the improved continuous speed, up from the D7100's 6fps (at 12-bit, full sensor; it can manage 7fps if the area's cropped down 1.3x, but that's too awkward a compromise to be worth the return) to 10fps, and a significantly improved autofocus module, shared with Nikon's flagship D5, with points extending across the entire frame, and supposedly, faster and more accurate too. It loses the built-in flash, as with some of their other more pro-oriented bodies, but that's not especially significant for me - still, the internal flash has been handy now and then as a fill-flash in daylight, to offset a bright background, but not with buns. Though I did take some midnight photos of buns on the University grounds a few years back - it surprised me to realise they were so active amidst such a human population! And due credit to Panamoz for service, and TNT for the delivery - it was dispatched around Wednesday lunchtime from Hong Kong, and received about 48 hours later. Standard shipping, no special option.

And to accompany it, a replacement for the fallen Sigma 30mm f/1.4 DC, which lost its focus in San Francisco, never to recover. It's repairable for a sane fee, but I took the opportunity to migrate to a newer design, the same company's 35mm f/1.4 Art. It's a remarkably sharp lens, even wide open, across the frame, and is suitable for full frame bodies - at some point, I suspect I may get something used in that line, for my non-wildlife photography, where depth of focus and even better low light sensitivity play greater parts than low inter-frame interval and fast autofocus. (Blame

A comparison of the new and old Bunnycam of Theseus; on both lenses, the "final" segment is the lens hood, which can be retracted on the 300mm, and reversed on the newcomer, so it extends down the lens rather than outwards. (Interestingly, it's apparently made of carbon fiber!) 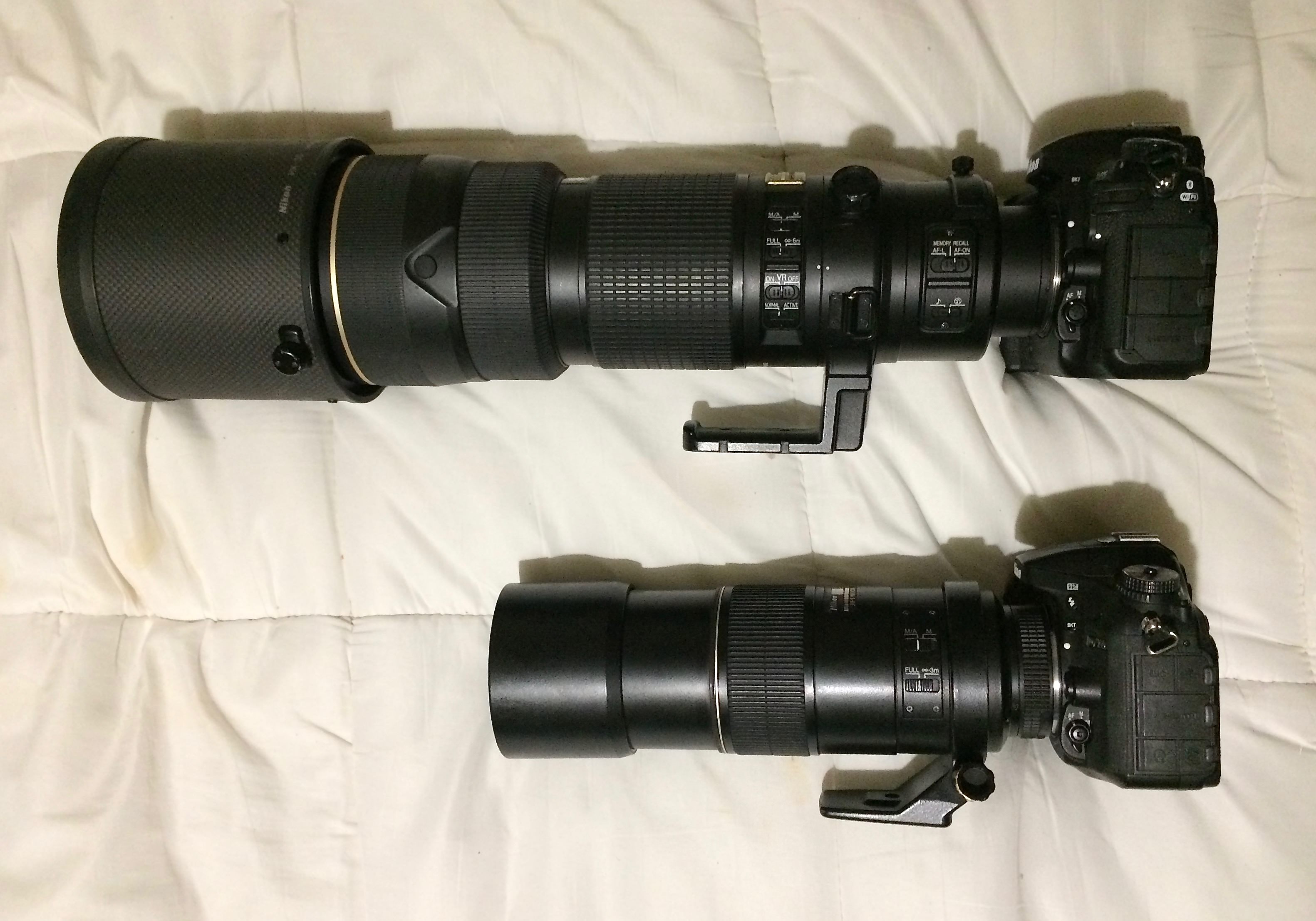 Here's rather a wonderful example of technological artistry: the portrait "Francine" purely in CSS. At the time of posting it, she noted it would likely only render correctly in the browser she was using, Chrome. Naturally, others took it upon themselves to check for themselves.. and the outcomes effectively encapsulate the art movements of the twentieth century. =:D (My favorite has to be Opera Mobile's "Francine as Peridot")

And in yet more photographic geekery, Nikon Rumors offers up the current state of info on Nikon's supposed debut into the mirrorless market, apparently with their first body and lenses on display at Photokina in September.

A tinybun from Saturday evening's rabbiteering, sufficiently unfearing of my presence (yay!) they were fine with remaining only some 30' away from me! Bunny models are best models. ^_^


Huh. So this entry really is all about photography.. ^_^; I'm interested to find out what kind of kit folks use/have used/would like to use.

Open to: All, detailed results viewable to: All. Participants: 14

What do you use to take casual photos? (Selfies, out and about, etc)

When you're wanting to take the best photos you can, what do you use?

Do you own a dedicated camera of any kind?

Regarding DSLR and MILC..

What do you take photos of?

If you don't own/use one: you're put off a DSLR or MILC because of the..