Further to my last entry,

Well, that gets weird.. one of the new campers in Animal Crossing: Pocket Camp is a rooster named Goose, one of whose requests to visit your campground is a roast turkey. ^_^;

Rather cool: Robin Williams is now remembered in Golden Gate Park, with Sharon Meadow - home to the carousel in the eastern end - now named after him. Appropriately, as it's also "the location for Comedy Day, a recurring festival that Williams often attended and supported behind the scenes as an anonymous benefactor".

Not bad! I was nosing around the iTunes Store, and noticed they've got a few TV shows' complete runs at quite palatable prices, including all of: Futurama ($30), B5 ($50), and Weeds ($48). If only buying B5 might encourage Warner to green-light an HD version.. ! True, that wouldn't be a minor effort, with basically all the effects needing to be not only re-rendered, but completely redone, with most/all the original files lost (and even if they weren't, I'd be surprised if they were still useful to any current VFX pipeline). But, crucially, all the live action was recorded on film.

Mum and I finally got back to the pub we enjoy. ^_^ It's a neigborhood pub in the best sense - it's filled with locals, and not in any exclusionary manner - it's a genuinely welcoming place for anyone. We wound up sharing some king prawns as a starter, of an uncommonly huge variety. =:9 Maybe Honduran? They were bordering on langoustine size. =:D For the main, I eventually opted for the steak & ale pie, whilst she was yearning for the fish & chips, which turned out to be a hefty cod fillet with house chips - she managed more of her chips than me. ^_^

For the main Crimbo meal, I found myself presented with something of a challenge - Mum's oven gave up the ghost recently, so I only had a microwave at my disposal. ^_^; Thankfully, I happened upon a pork shoulder in the supermarket that was pre-cooked, intended for shredding into pulled pork. Yay! And thus it was, along with some good pork chipolatas, cabbage, Brussels, peas, carrots, and battered potato slices (which, with a good bit of microwaving, actually turned somewhat crisp!). Hardly haute cuisine, but we thoroughly enjoyed it. ^_^ 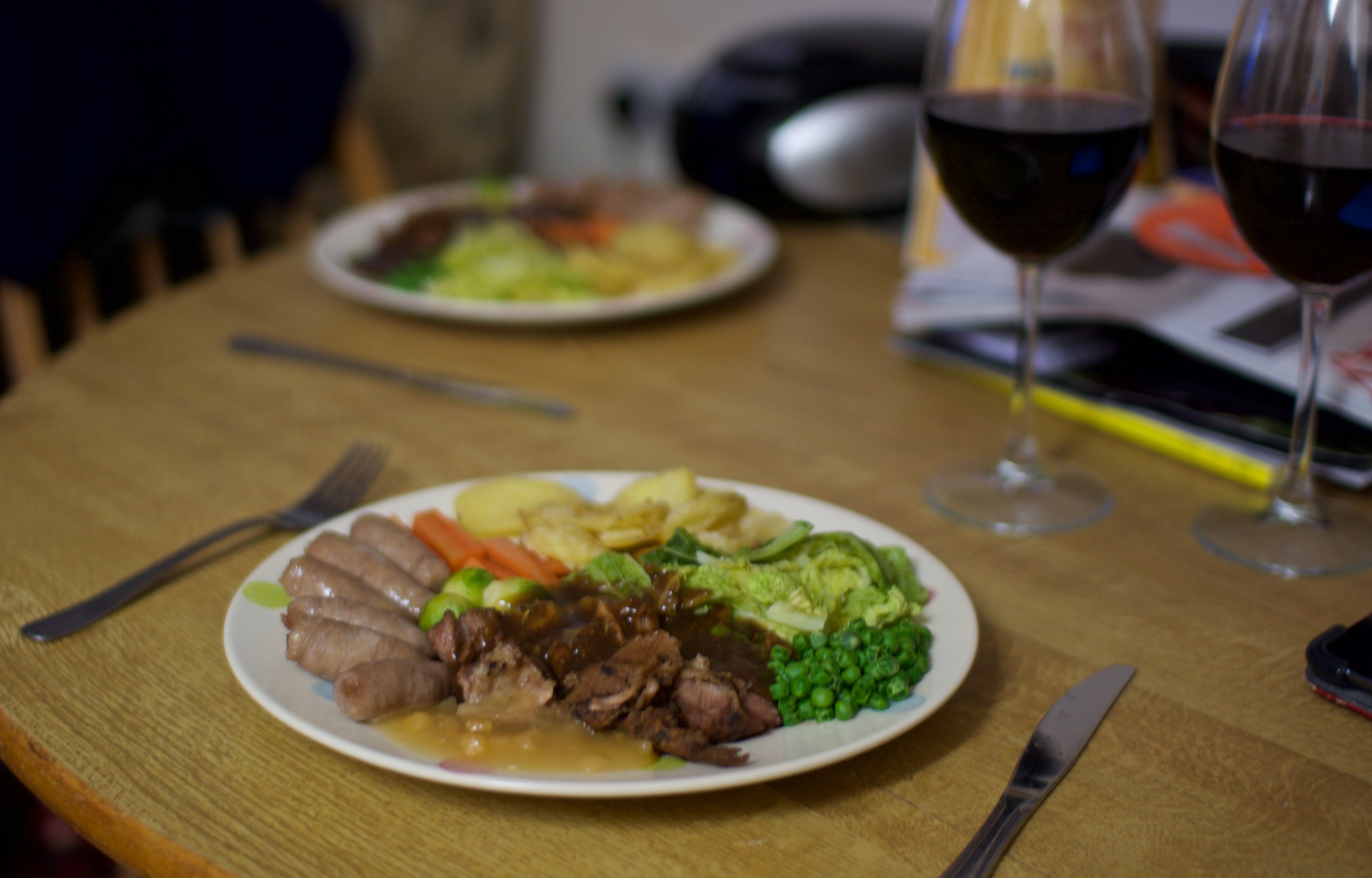 I hope your Yule or local equivalent has been going well. ^_^
Collapse