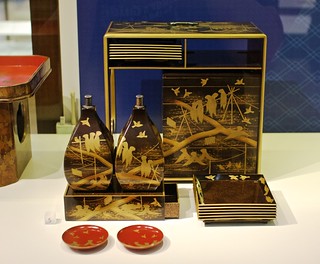 Here's a fascinating little introduction to the uniquely Québecois Catholic swearing, along with some background furnished by other examples of Québec's linguistic departure from mainline French.

I had cause to head into town the other day, and managed to find time to enjoy an hour or two in the V&A - so, I'll inflict some of the items that caught my attention, including a rather spectacular pair of boots, an equally captivating box, a picnic set, and a view from a deserted Alhambra, a movie palace in San Francisco where I caught The Lion King, toward the very end of its life (aptly).

jeriendhal is giving away two of his works for the weekend only, marking LGBT Pride Month. ^_^ 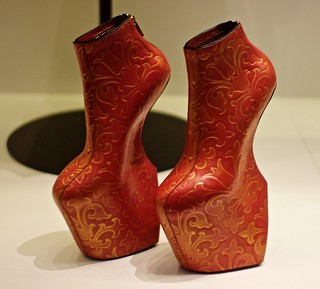 I don't normally link to animated GIF loops, but this bunny is unmissable, although I could be biased. After getting water flicked onto them, they return fire perfectly aptly. ^_^

I was wondering why flight recorders are called "black boxes", when they aren't, and don't ever seem (very reasonably) to have been. And lo, Wikipedia offers explanations, although there doesn't seem to be any definite root, so much as a mix of the options that just sort of sidled its way into common parlance.

For a little geekiness, here's rather an illuminating look at the process of injection molding - its origins, and the practicalities involved.

What happens if you enter "parametric equations of bunny curve" into Wolfram Alpha? Just this. =:D 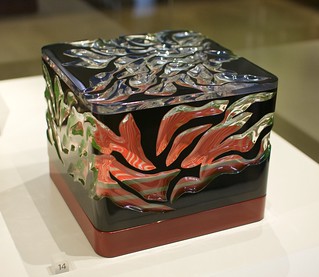 I'll toot the recommendation horn for 4K Video Downloader, the utility I've been using for a couple years for retrieving YouTube clips for offline enjoyment. It's free, with surprisingly mild restrictions on what requires a license, such as downloading a playlist with more than 25 items - fair enough, as I very rarely download more than the odd music video. The thing that swung me away from Firefox's DownloadHelper was, in particular, the clear dialog that pops up after it parses the URL you've just given it, summarising all the resolutions (and framerates, if applicable) available, and their filesizes, rather than DH's rather kludgy list of obfuscated filenames. I'll take off half a point for a recent update making the "Play" option slightly less available: it used to be shown in the list of completed downloads, at the upper right of each entry, but they've recently relegated that into a hamburger menu. I'd also prefer more of a native feel to the toolbar icons, which feel rather out of place on OS X. Still, that's a minor grumble - for a free app, which handles all the main video sites quite happily, and available for OS X, Linux, and Windows, I'm definitely happy with it as an app I use almost daily.

And noms recommendation of the week: Sainsbury's pepperoncini & king prawn ravioli, being one of the very few prepared ravioli that genuinely taste of what they claim. =:9 I served mine (beware, the tub looks small, but cooked, it's a hefty meal - arguably better as a starter for two) with a sauce made from some chopped up cooking bacon, finely chopped broccoli, pepper, basil, tiny bit of each of smoked hot paprika and garlic purée, and Campbell's condensed cream of mushroom soup, diluted with milk and water, and, just to help perfect it, a tiny bit of smoked Cheddar. The bacon's not essential, but it does accompany the prawn flavor most harmoniously, and the cheese is also quite optional - even before that, the sauce was tasting rather good, even if I do say so myself. ^_^ 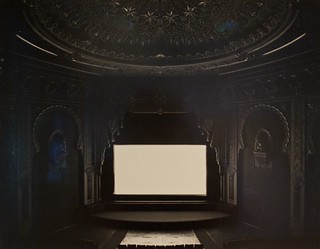 Huh! I hadn't been aware Tomorrow Corporation (World of Goo, Little Inferno) had a new game out, but there it is: Human Resource Machine, available for OS X, Linux, Windows, Wii U, and iOS, with the iOS version apparently being half the price of the others - $5 versus £7 or so.

Last Saturday's viewing was a diverse bag: The Selfish Giant, a Horizon on new discoveries on Paleolithic and Neolithic peoples of Europe, and the to-be island of Britain in particular, and Deadpool. (And beforehand, last week's MLP, The Saddle Row Review, One of the better episodes of this season, which has overall been quite strong) Deadpool was rather more violent than I'd have preferred (whilst still remaining true to the usual Hollywood morals: it's fine to have decapitations, but FFS, don't dream of showing nipples, even male), but it had the degree of reverence I feel should be reserved for übermensch.

So, the town had its modest music festival on Sunday - of course, it was the beer that caught my attention. =:) Last year, they had a few polypins of local beer and a good cider, served in polycarbonate "glasses" that made for a reasonable compromise - shatterproof, so there's no public safety risk, and sturdy enough that they're not inadvertantly squishable either. This year, just plain plastic pint "glasses" - but, the bottles available being from the likes of Brew Dog and To Øl, and cheaper than you'd pay in a pub. =:D And so I enjoyed some prize beers, such as Brew Dog's Abstrakt 20, Fyne Ales' Ragnarok, and Wild Beer Company's Ninkasi. I could hardly let them lug all those bottles back with them, could I?
Collapse