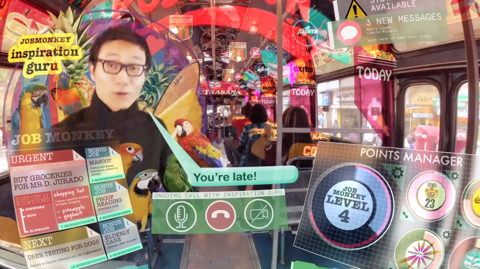 Last Saturday's films were Zootopia, and The Lobster. I was delighted to see the first again, and actually quite gratified that the roomie immediately got into it! He's often inclined to try second guessing plotlines. But, only a couple minutes in, he declared "this is excellent". Ah, they did so much right there. ^_^ (And apparently, the initial seed for the storyline had Nick Wilde be the star - but along the way, they realised it could be much more interesting to have Judy Hopps leading the way. I raise no objections =:) The Lobster was rather more of a change of pace than I'd anticipated - it's an awkward one to describe well without giving much of it away. Suffice to say, it's darkly hilarious in many places, and occasionally deeply disturbing, whilst always being essentially about togetherness, of some quite starkly differing kinds. It's worth seeing, but don't go in expecting anything light and fluffy.

A spectacularly horrible look at an all too realistic media/advert-saturated augmented reality future, in the six minute short HYPER-REALITY. Anyone want to reassure me this isn't where we'll wind up?

Don't suppose anyone's dabbling in robotics or animatronics? I'm angling to get into the field, just for fun, starting with how to control my ears, nose, and tail, when I finally can bring my SL self into RL. I figure that as the 'suit itself is going to take a while, both out of complexity and cost, I may as well spend some time now thinking about how to animate it realistically. One key part will be the motors - ideally, the combination of characteristics may be impossible: silent and cool running, and not requiring a large battery pack to run. The ears will be the main emphasis on those requirements, of course - I'm not aiming for a cybernetic effect, so I can't have them give any kind of whining or whirring as they move around. I'm thinking much of the time, they'd be in "autonomous" mode, simply replicating natural movements - largely facing outwards, always pointing upright regardless of head angle, but always in very slight movement, perhaps automatically focusing on a sound source (which would be pretty cool to pull off =:). I'd need at least two axes of motion, too: vertically, so they could go from outward facing to front facing, and horizontally, to be able to go full perk, or downward. I'd then be able to override this, if I wanted to, say, focus on someone specifically, or send my ears down or up as a reaction.

There's a pilot study underway attempting to cure brain death in twenty subjects. "The trial participants will have been certified dead and only kept alive through life support. They will be monitored for several months using brain imaging equipment to look for signs of regeneration, particularly in the upper spinal cord - the lowest region of the brain stem which controls independent breathing and heartbeat. The team believes that the brain stem cells may be able to erase their history and re-start life again, based on their surrounding tissue – a process seen in the animal kingdom in creatures like salamanders who can regrow entire limbs."

On that note, Midnites for Maniacs is running a double bill tonight (Sat, May 28) at the Roxie in SF, starting with The Thing, followed by a new Western, Bone Tomahawk. And as a bonus, they're including a numbered lobby card for everyone, of an awfully spiffy design. ^_^


Well, a minor correction to my last entry: Warp Shift wasn't the next game I bought - they gave me a copy. ^_^ So far, I'm liking it, but I feel they may want to tweak it, as the difficulty isn't significantly ramping up, nor are extra features being introduced (yet, anyway), so it's feeling a bit repetitive.

A good C|Net article on the next format war now brewing over in 4K/UHD land, between HDR10 and Dolby Vision. It's quite detailed, going into what makers, studios, and services are supporting what, and some insight into why.

jenndolari offered up her take on a Mortal Kombat sequel - if you're a fan of the games/film, have a look. ^_^ 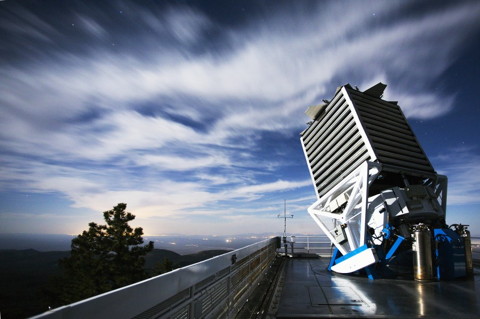 Or, if astronomy's more your bag - or simply very good photography - do check out

Latest in the Big Book of Schadenfreude: reports that "Kenneth Starr, the former independent counsel charged with investigating Bill Clinton during his presidency who is now the president of the world's largest Baptist college [Baylor University], has been fired over sexual abuse scandals at the school."

Running computers off DC supplies isn't anything very new - some datacenters already offer DC buses - but this trial at the University of Bath, where 50 computers and some support equipment were modified. It's the scale of energy saving that surprised me: "The project found that the DC network and associated computers used about half as much electrical power as the AC-powered computers they replaced - which could lower the University's energy costs by £25,000 a year."

E-Ink's announced a full color display. Sounds like it's quite early days, with 'Multiple 20” displays with a resolution of 1600 X 2500 at 150 ppi' built, but the fact they've achieved it, using what sounds like relatively simple manufacturing, should at least make for color eBook readers with similar battery lives as present. Hopefully the pixel density will improve, with 150dpi rather on the low side these days, especially for any hand-held device.

Could be handy for some folk: the Kanex keyboard matches a Mac setup nicely, and is wireless, but the neat wrinkle is the four keys above the numeric keypad. It can pair with four Bluetooth devices simultaneously, and you choose which you want to be typing on with those, be it your MacBook Pro, iPad, or iPhone.

Not too long now until WWDC! I'll be interested to see what goodies they disclose, not to mention what the priorities have been for OS X 10.12 and iOS 10. 'Course, I'll also have to keep an ear out for Aperture compatibility with 10.12 - I'd really prefer not to migrate to Lightroom, as I'm not much of a fan of Adobe's UIs, LR included. For image manipulation and detailed enhancement, there are plenty of contenders, like Affinity Photo, Pixelmator, and Potatoshop, but the list's a bit more lean on the asset management front, where Aperture does particularly well.

How's this for geeky spiffiness? A pop-up Himeji castle made out of Lego. =:D

I'm really happy to note that whilst the leporine plague has impacted my main warren's numbers - those I can see above ground, of course - it doesn't seem, yet, to be a rerun of the apocalypse a couple years back, where at one point, I could see upwards of 25-30 at any one time, all around me (surrounded by bunnies), and a couple weeks later, maybe two or three. Needless to say, I dearly hope their numbers remain reasonably steady hereon. I also scattered a second couple handfuls of raisins for them on Friday, which I'd like to hope will make a pleasant surprise for some of them. ^_^

Speaking of whom, this individual had quite the spring in their step, occasionally doing - not quite full-on binkying, but those wonderful little flourishes buns are occasionally wont to do, when the mood takes them.

And then, there are those moments, when you're chasing another bun, and maybe they mis-step, or you thrust forward a little too enthusiastically..