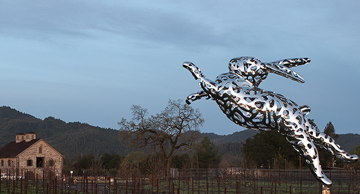 A few more screenshots have been released of Project Sansar, Linden Lab's next-generation virtual world platform, and they do indeed look very good. ^_^

[ETA: the breach is largely fake] Whilst it's still statistically unlikely you're affected, you should be aware of a large email account breach affecting 273 million Gmail, Yahoo, Hotmail, and Mail.ru accounts. As ever, it can't hurt to refresh those passwords regardless.

When I'm next in Bay orbit, I must visit the Hall winemakers in Napa, both for their wine, and especially for their rather splendiferous steel hare, crafted by Lawrence Argent. ^_^

Wow.. finally caught up with all of TwoKinds, which started in 2003. =:D Although, I can easily see the pace being perhaps even more frustrating than Sinfest's. No matter - it's not as if I don't have plenty of other comics to keep up with as well. ^_^ If anyone else wants to do the same, you can also find the complete run over here as a single PDF/CBZ/ZIP, or as separate chapters, for easy offline reading.

Per The Digital Bits, it seems the Zootopia extras are: "6 behind-the-scenes featurettes (Zoology: The Roundtables, The Origin of an Animal Tale, Research: A True-Life Adventure, Z.P.D. Forensic Files, Scoretopia, and Deleted Characters), plus 7 deleted scenes (Alternate Opening, Wild Times! Pitch, Alternate Homesick Hopps, Detective Work, Alternate Jumbo Pop, Hopps’ Apartment, and The Taming Party), and Shakira’s Try Everything music video." Hopefully there'll be a good commentary track as well. (The ones for The Animated Clerks are superb)

For the first time, the Eurovision Song Contest (the final's on Saturday, May 14 2016) will be broadcast in the US, on the Logo network, and via the company's app. It should also be carried on the EBU's own site, on their WebTV page.

If you're willing to read a serious entry rather than my witterings, read

rav_bunneh's recounting of abuse, a pernicious seed that all too easily festers within, constantly the victim's worst enemy for life.

A utility I'll have to keep an eye on: hogwatch, for per-process monitoring of network bandwidth consumption. 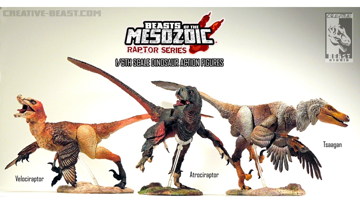 Rather an interesting little article on ATM skimmers, wherein the writer finds one and removes it, and then sets about finding out how it works. As you might expect, the state of the art is very convincing - his tip is to try pulling at bits of an ATM that should be completely solidly attached, as skimmers tend to be snapped into place, or use light adhesive, to permit easily swapping them out.

Like raptors (the dino kind)? You might want to check out this Kickstarter to produce fabulously detailed, scientifically accurate action figures that look pretty kick-ass. =:D

Moog just launched their iOS replica of the Moog Model 15 Synthesizer. Looks very tasty, if you're lusting after those classic, rich, bubbly, wholesound sounds. Or, for something much more lightweight, Yo-kai Watch Wibble Wobble is a fun little game that'll appeal to the Match 3 crowd, without being one itself, plus adorable Japanese demons. It's free-to-play, but the monetisation is surprisingly light, essentially optional. (Thus far, it appears not to be a worldwide release - it's in the US iTunes Store, but not the UK's)

Like PJ Harvey and Tom Waits? Give Harri Marstio "Serenade" a try; note that the video is set in a commercial butcher's, so may not be appealing. Or, for something rather more upbeat, Malea - "Give" (Baggi Begovic Remix).

Random fact du jour, on tellurium: "In the gold rush of 1893, diggers in Kalgoorlie discarded a pyritic material which got in their way as they searched for pure gold. The Kalgoorlie waste was thus used to fill in potholes or as part of sidewalks. Three years passed before it was realized that this waste was calaverite, a telluride of gold that had not been recognized. This led to a second gold rush in 1896 which included mining the streets."

A week ago on Friday, the weather actually turned out quite nice, especially as the evening grew on, so I headed out for some rabbiteering. Sooner after I arrived, I noticed a red kite flying nearby - nothing unusual, as they're quite common locally, usually just drifting around in long arcs. This one, though, seemed to be getting quite close - and before I knew it, the buns were zooming back to safety, followed by said interloper making a low pass, hoping to pick one of them up. Thankfully, they departed empty-taloned, but not before I caught the moment. =:D