The BBC and Netflix are collaborating on a new CGI version of Watership Down, to debut on Netflix, and air on BBC1 in 2017. =:D Production hasn't apparently begun yet, but we can hope they'll release some stills along the way. 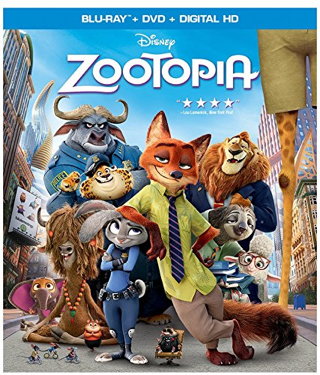 So, with last Saturday not holding new pony, I subconsciously gravitated toward finally catching up with EqG: Friendship Games. ^_^ It did prove a touch disorienting, with Twi being unfamiliar with her friends and Canterlot High, and a mute Spike - I wound up needing to peek at the closing moments of Rainbow Rocks to be sure I hadn't simply forgotten some crucial plot point. ^_^; Some particularly good musical numbers - I'll have to extract those as music videos for later enjoyment on the iPad. (I have a good little collection thereof. Maybe I'll list them under a cut, just for fun) I do find myself distracted by inconsequential points, though, like the way Vinyl was seemingly happily bopping away to the pre-Pinkie party, clearly not fuelling anybody, or Photo Finish's camera making a very film-advance sound on taking the shot of Sunset Shimmer's spelling bee defeat. (Not implausible, I'll admit - she could be a film fiend, but in that kind of light?) And Sunset's boots are gorgeous. Interesting to see the girls now have "alternate" versions of their footwear as well, ranging from ankle boots to trainers. (And no, you don't use flash at an outdoor sporting event. Not unless you're using some dedicated rig, like quad SB-900s synced together and aimed at the subject from afar, to help with exotic surfing shots. Yet they got the look of a long telephoto lens right, so I can only assume they're trolling =:)

Ah, so many wonderful moments.. AJ giving assistance to "enemy" Twi on the archery challenge was especially touching. (And not just because I was quite good at archery back at school =:)

Zootopia will see its video release rather earlier than I'd anticipated: June 7 2016. ^_^ And a forum posting suggests what might be in store by way of extras. Meanwhile, there's always Imagining Zootopia, a 45 min insight, and a 30 min Meet the Filmmakers session hosted recently at the Covent Garden Apple Store. (Worth checking up on events, if you have a large Apple Store nearby - great opportunity to enjoy some big names talking way more casually than you'll normally find, and in a fairly snug setting rather than some huge audience. The downside, of course, is you may need to get your reservation in early)

Ye gods! Everyone was speculating what kind of titles Nintendo would release, when the news first broke, and it wasn't a huge surprise that their first foray into iOS was Miitomo. Next, though, it's official: Animal Crossing! =:D I just really, really hope they aren't seduced by never-ending IAPs - it's really not the kind of game you want to have sullied by being turned into a money sink. Still a little way off, though - they're expected around October.

Of the radio stations I mentioned previously, I should perhaps highlight KLFM, out of Zagreb, with a particularly diverse portfolio including Medicine, Dan Stuart, and The Nightingales. You won't be regaled with the same old tunes here. =:D (And then there's following John Denver's "Annie's Song" with Ride's "Mouse Trap"..) Come to that, Athens' En Lefko is fairly diverse as well, though perhaps with a slant toward 20th Century music.

Yay! Back in the days when computers were made out of wood, I backed the Art Story film on Kickstarter - and on Friday, I received the poster. Which is gorgeous. ^_^ (Slightly damaged, unfortunately, down in the lower right - someone en route managed to rip out one of the anchored endcaps of the poster tube, catching that end of the poster in the process - but they're sending out a replacement next week, which is very kind of them)