dronon shared quite a little gem with me: this advert for a power company, produced by Studio Ghibli, in the style of the legendary Chōjū Giga scrolls. Anime News Network goes into the background and meaning of the spot. 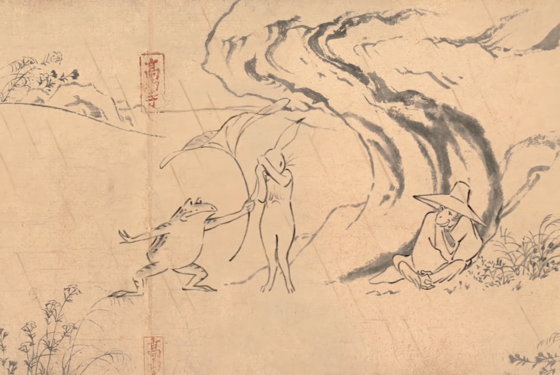 Or for something a little further from home, something rather nifty: the birth of a supernova. Kepler managed to catch the a red supergiant at the very moment of its explosion into its new, massive state. You can watch it for yourself, sped up from its original two hour duration, in a brief animated reconstruction.

iOS game of the week has, of course, to be King Rabbit - Find Gold, Rescue Bunnies. It's essentially a continuation of Furdemption - adorably animated, and very nicely crafted, with levels that gently ramp up in difficulty.

If you indulge in photography to any degree, you might be interested (or perhaps disappointed) to learn of the latest twist in the Nik Collection - once a suite of plugins from the original developer, then picked up by Google and sold much more cheaply, they're now completely free. Which, given the software's recent update history, may suggest it's now on legacy support only. Still, they're decent plugins, available for OS X and Windows. And hey, I can't complain about legacy software, given I'm still rocking Aperture. =:)

If you have any old USB sticks kicking around, consider donating them to Flash Drives for Freedom. They'll erase them, put films and books of use on them, and smuggle them into North Korea - some by balloon, some by individuals sympathetic to bringing some of the outside world into the country. The Guardian explains more.

If you're interested in producing animation, the new owner of Toonz - used in productions including The Wind Rises, Ponyo, and Howl's Moving Castle - has announced that it's going free and open source as of today, March 26 2016. Details over here. "OpenToonz will include features developed by Studio Ghibli (*Toonz Ghibli Edition) which has been a long time Toonz user. Through OpenToonz, Dwango will create a platform that will aim to have research labs and the animated film industry actively cooperating with each other. With this agreement in place, Digital Video will move to the open source business model, offering to the industry commissioning, installation & configuration, training, support and customization services while allowing the animators’ community to use a state of the art technology at no cost." [ETA: GitHub repository ahoy!]

And speaking of animation, April and the Extraordinary World ("Avril et le monde truqué") looks like being quite something. And, 2017 will hold a Big Hero 6 TV series. ^_^

Signs that we are living in the future #8468: seeing a headline in the Telegraph (a conservative-leaning UK broadsheet), "Microsoft deletes 'teen girl' AI after it became a Hitler-loving sex robot within 24 hours".

So, I got to fiddle with the roomie's new D5500. =:) It quite surprised me to find how much of a weight difference there is, with the newcomer feeling substantially lighter - true, quite a different lens (the 18-55mm f/3.5-5.6, whereas I usually leave the Sigma 30mm f/1.4 on), but still.. and lo, Wikipedia confirms the D5500 comes in at 470g, vs 675g for the D7100. I do like the touchscreen, and the fully articulated display is very nice, with not even the D500 matching that. I do miss the dual control wheels, though - I'm almost always in manual, auto ISO, with shutter speed on the rear and aperture on the front wheel.

In a welcome move, the folk behind San Diego Comic Con, that little neighborhood affair that some people turn up to, have realised that, huge as it is, there are still way more people who'd love to see what's going on, but can't afford to do so. So, they're soft-launching Comic Con HQ on May 7 2016, in preparation for the full ad-free subscription-based service in June, which will:

“provide a year-round destination to enjoy all facets of the community and access the vast diversity of content the world has come to expect from the largest and longest-running pop cultural celebration of the year.”

This content will include daily and weekly unscripted shows with news and views on pop culture from former G4 hosts Adam Sessler and Kevin Pereira; a scripted comedy series called Kings of Con starring Supernatural’s Richard Speight and Rob Benedict; a reality competition hosted by Her Universe founder Ashley Eckstein which will follow contestants designing geek couture concepts for a live fashion show at San Diego Comic-Con in July; as well as “a highly-curated selection of film and TV genre titles, and behind-the-scenes access and bonus features from genre titles that defy and define pop culture.”

In terms of content surrounding Comic-Con International itself there is a promise of “airings of select Comic-Con panels” as well as live-streams of cosplay contest the Masquerade and the Eisner Awards.

It'll initially be usable via the web, and native iOS and Android apps, with the likes of Apple TV and Roku planned for June. They're not saying anything yet about pricing. =:/

Friday saw some very nice weather, and with the outlook for the coming week or so looking quite dull and damp, I natually seized the opportunity to go rabbiteering. And they were not only out and about in good numbers (I counted 22 at one point!), but even occasionally obliging with some leporine acrobatics. ^_^

Someone was given exceptionally (or maybe not) poor service by Vodafone, so, in order to try getting some actual resolution, she wrote a very short play, and sent it to the CEO. 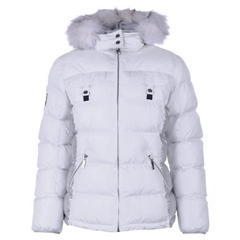 I finally picked up a new coat. ^_^ I'd wanted to for a while - more choice is always a happier state - but the old one sort of wound up insisting, for which I'm grateful. =:) And lo, I found the perfect successor. Or at least, a start. ^_^ I was quite bored of the old black look, so this shining white's a distinct refreshment, and the furry hood trim does come in very handy in rabbiteering, when there's a stiff, chilly wind. (Which the buns appear not to mind. As I maintain, they're remarkably hardy sorts, worthy of respect)

Zootopia exceed my expectations. ^_^ The animation was, seriously, as good as you've ever seen, with such detail to attention in subtle facial expressions, let alone the comedic timing - and the two stars do indeed show off real screen chemistry, despite it being all CG. The writing backs it all up - sharp, witty, and deftly managing to speak to adults and children at the same time, heading into a somewhat more serious phase as the film progresses. And I commend Disney for that - Doctor Who is no stranger to the darker side of life, and has been a companion to viewers of all ages for fifty odd years now - but it's still refreshing to see such them actually gradually shift their focus away from being primarily toward children. It's understandable that they wouldn't leap into such a move, given how deeply ingrained the concept is that "cartoons are for kids". (One favorite line, from the Chief to our newly minted star, "Life's not just some musical where you break out into song and all your insipid fantasies come true. Let.. it.. go." =:) And yes, okay, I'll accept the lapine star doesn't hurt the film in my estimation. *grin* Genuinely, I can recommend this highly. (And as a side note, check out co-director Rich Moore's credits, particularly the older ones: Futurama, including the pilot, and the Simpsons, including Marge vs the Monorail!)

Food recommendations of the week, this time from M&S. ^_^ They do seem to try to offer crisps that aren't just the same usual thing, and their Scottish langoustine variety is genuinely a delight, paralleled by the pork, cider, and sage variety. The chicken & mustard is less impressive, though still entirely enjoyable. They're about the only major retailer I'm aware of offering soft-boiled Scotch eggs - and they're very good, genuinely runny, with nicely peppery sausage meat wrapping them. But the star of Saturday's haul has to be the six-pack of sausage rolls, with Davidstow Cheddar, and air dried smoked bacon - they are, tragically, as poor as diet aids as you'd imagine; happily, they're also every bit as delicious as that sounds. ^_^;

There are many, many films I haven't seen yet, with no shortage of modern and older classics; so, I was very pleased to finally get to enjoy Hellboy last Saturday night. =:D It's what I'd have expected from Guillermo del Toro on his best (well, okay, Pan's Labyrinth was his best. The mecha outing.. ah, why can't we get Evangelion on the big screen?), with Ron Perlman being the perfect choice, even if I'll always first associate him with The City of Lost Children.

Well, now to see where the problem with my current photography RAID lies. =:P I was trying to copy the most recent Aperture library over to it (at some 90GB, I felt it was becoming a tad heavy =:), when the copy simply stalled. It wouldn't cancel, and digging a little showed it had basically hung - it wouldn't eject, nor even force eject. So, of course, when I restarted, the RAID began an automatic rebuild - which failed at 15%, with one of the drives going offline. Tried again, and failed at 6%. It could be an actual drive fault (and yes, both drives are the same maker, ordered at the same time, yay), but, in the hope it's actually just a cable issue, as both cables have been *cough* nudged - okay, kicked - a little, I ordered two replacements, which just arrived. So, here goes.. [ETA: cautious optimism. ^_^ The rebuild went without a hitch, and I copied that library over also without any trouble. Comforting. ^_^ Next step, I think, needs to be a remote backup]
Collapse