In a holy shit moment for physics, it appears that yes, gravitational waves have been detected. =:D "The frequency of the chirp was too low for neutron stars, the physicists knew. Detailed analysis of its form told a tale of Brobdingnagian activities in a far corner of the universe: the last waltz of a pair of black holes shockingly larger than astrophysicists had been expecting. One of them was 36 times as massive as the sun, the other 29. As they approached the end, at half the speed of light, they were circling each other 250 times a second. And then the ringing stopped as the two holes coalesced into a single black hole, a trapdoor in space with the equivalent mass of 62 suns. All in a fifth of a second, Earth time.

Dr. Weiss said you could reproduce the chirp by running your fingernails across the keys of a piano from the low end to middle C. Lost in the transformation was three solar masses’ worth of energy, vaporized into gravitational waves in an unseen and barely felt apocalypse. As visible light, that energy would be equivalent to a billion trillion suns. And yet it moved the LIGO mirrors only four one-thousandths of the diameter of a proton."

I can't believe I've forgotten to mention this video! Basement Jaxx "Do Your Thing", set to an outstandingly well edited Pinkie Pie tribute by mrdeloop. It's a brilliantly bouncy, jazzy track - great for listening to (or indeed, watching) on the bus, or as morning commute soundtrack. ^_^ Or, if you're wanting something far more bittersweet - also pony based - Remembrance, by Argodaemon, is well worth viewing. Yes, you'll cry. Or! How about something much more upbeat, and very, very silly? The Last Saskatchewan Pirate, soundtrack by the Arrogant Worms. (h/t

Within the same day or so, two significant sites took quite disparate public stances on adblocking: Wired will block adblock users, whilst Stack Overflow doesn't mind if you do or don't block ads. Tragically, Wired's claiming a mere $52/year will suffice for them to accept you blocking ads - which, compared to some $20/year for the iPad edition, might not seem like the absolute bestest deal in town. Stack Overflow, meanwhile: "An important part of the QA process is ensuring that not just the creative, but the advertiser is relevant to our audience. Every single ad to appear on any of our sites is vetted by the operations team. We check copy and content on the ads as well as the landing pages. What we repeatedly ask ourselves in this QA process is quite simple: is this relevant to users? ‘Kiss your hosting problems goodbye’ with a provocative image is not something we want on our sites, and I’m sure our users don’t either. The purpose of this heavy QA is to ensure that our users get the most out of their experience on Stack Overflow. The content is helpful-- why can’t the ads be the same?" Can we please see more of this attitude? Much as I loathe the incessant waves of advertising everywhere, with some notable exceptions, I'm happy to let Project Wonderful ads through, as I've discovered quite a few good new comics through them, and only exceptionally rarely are the ads distracting.

How to listen to radio using a weed. (The transmitter shown, now demolished, was in Brovary, Ukraine) 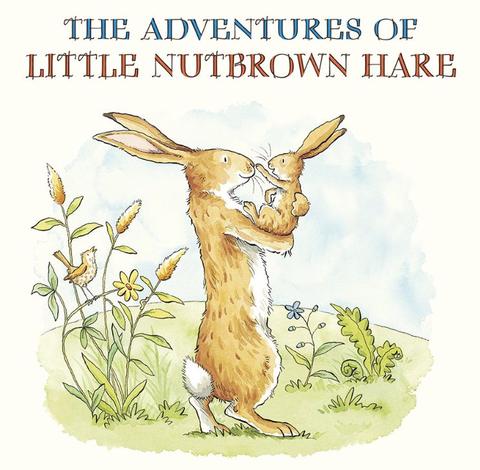 If you have five minutes to spare, and want something simply heartwarming, try Guess How Much I Love You, a beautifully animated version of a children's book featuring Little Nut Brown Hare trying to express how much they love Big Nut Brown Hare - and vice versa. You can also see more from the artist, Anita Jeram, over here. (Many thanks to

I finally got to see Spectre. And I'm quite pleased I did. ^_^ It was a fabulously refreshing change from the recent Gritty Bond™, where humor was forbidden - instead, this felt like a harkening back to the classic flicks, or even Goldeneye. So, I can see why some folk felt disappointed, if they went in expecting something as comparatively grim as Quantum of Solace.

You might recall I mentioned the then-forthcoming Rusty Lake Hotel adventure the other month. I'd forgotten about it, but it does indeed appear to be available now, and garnering plenty of positive sentiment.

Meet Atlas, a continental giant rabbit, who may eventually grow to 1.2m long. =:D He's in need of a home, and currently being cared for by the Scottish Society for the Prevention of Cruelty to Animals. So adorable!

Interesting to see the Guardian take a look at fursuiting. It doesn't cover any new ground, but does manage to stay reasonably level-headed about it all, accepting it's a lot of fun for everyone. Sadly, of the three photos, only one is actually suit-related, of a rather spiffy canid head - a link to some furcon's trailer, or fursuit walk video, would've surely helped convey the spirit of that aspect of furrydom much better. One which comes immediately to mind, f'rex, is Revit's Megaplex 2014 Con Video, very nicely edited indeed. (via

You may have seen Wendelstein 7-X produced its first (brief) hydrogen plasma recently, entirely successfully. If you've been wondering what the big deal is about the device, peer over here, for some explanations from Thomas Klinger, director at the Max Planck Institute for Plasma Physics.

Following a ten year, £4.2 million refurbishment, the Flying Scotsman is back!

With spam filtering now taking care of a lot of 419 scammers automagically, I see almost none these days. But, they do nonetheless manage to ensnare some folk, and milk them for as much cash as they can muster. So, it was with some relish I read this worthy list of ten legendary scambaiting operations. (My favorite probably remains one I read a while back, involving a rather well carved replica of a Commodore 64)

Until I read of it in Wanderlust's reader awards, I hadn't even known about the four part "Stephen Fry in Central America" travelogue. In it, he travels through from El Paso to Panama, through as diverse landscapes and economic scenarios as is possible to imagine, from a junior football team in Honduras, where he asks (as kidnapping is rife thereabouts) who's seen a dead body, and finds just about everyone raises their hand, to the region's sole billionnaire, setting up the region's largest solar energy plant. Easily recommended. ^_^
Collapse