A previously undiscovered Beatrix Potter story has been found! "The Tale of Kitty-in-Boots was rediscovered by publisher Jo Hanks after she found a reference to it in an out-of-print Potter biography. Quentin Blake, best known for his work with Roald Dahl, has illustrated the story, to be published in September."

Well, now. Isn't this a thing? The Chickening is.. well, think of The Shining, but all about chickens. (And, I discovered that 4K Video Downloader helpfully bypasses YouTube's requirement to sign in) 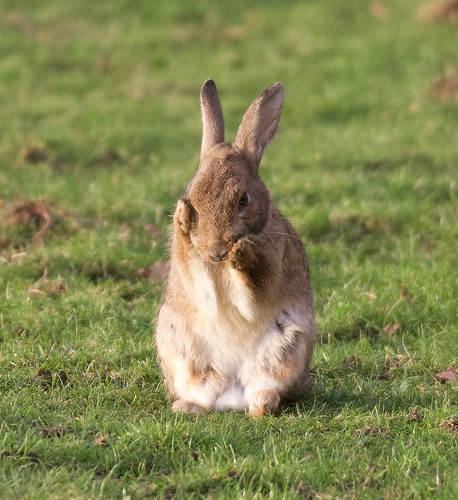 I was hankering after a new SL machinima or two, and happened upon Pursue Impossible, which is really rather well thought through, and edited remarkably professionally, with narration provided by a thought-provoking exerpt from a lecture by Alan Watts, on the theme of "if you could do anything, what actually would you do?".

I'm sort of muttering to myself with this, but WTH. ^_^ You might recall I mentioned the Italian French Bakery some entries ago, which had changed hands, and recently closed. Apparently, it is indeed reopening. Seems entirely sensible, especially given they've got those wonderful old (about a century or so) ovens in place - might as well use them productively! (Someone nudge me about getting a photo or two of the place included in a future entry)

I finally got to see The Danish Girl, having encountered all variety of reasons to put it off to another day, from tricky timing to (plenty of) grotty weather. I'm impressed. The narrative is very well handled indeed, resembling the feel more of a romance than a drama/documentary, but a romance of such a fundamentally different kind than was acceptable at the time, least of all by the medical establishment. I'll recommend it - perhaps not happily, but with profound respect, and happiness nonetheless that they knew such love.

Open this URL for Glittering Blue, and set that tab/window to full screen. (Might not work on mobile devices) Is that not beautiful?

- The One Where Pinkie Pie Knows: brilliant. ^_^ I suppose the simple structure helped - the story was set in motion early on, leaving almost all of the rest for Pinkie to demonstrate just how excrutiatingly good shecan be at keeping a promise, whatever the cost. ^_^;

- Hearthbreakers: not nearly as awkward as I feared. ^_^ I liked the way in which AJ recovered the crisis, and managed to turn the situation around quite deftly, combining the traditions of both families to good effect. (And as for that huge stone - the huge egg shaped stone, found in a dragon's cave? We'll surely be seeing more of that someday)

We watched "The King of Kong" on Saturday night, a rather interesting little exploration into the world of competitive "classic" gaming, particularly Donkey Kong. I shan't say too much, but, suffice to say there were a couple figures who've had quite a long running battle between them. Easily worth a look, if the topic's of interest.

It's been quite interesting to see the Apple head honchos confirm they're very interested in VR tech. Quite how that'll pan out, of course, is anybody's guess but theirs. I doubt they'll buy out an existing headset provider, though if they were to do so, Avegant would be my first choice, being fine tech and very non-geeky in appearance. More likely, if they ever released a headset, it'd be locally cooked, including tech from smaller acquisitions, given Apple's previous corporate behavior.

Also on the fruity front, I noticed this rumor claiming that they may, at long last, indeed be looking into producing their own TV shows. I've long thought that'd make sense for them, given the Apple TV's finally become a real player, and the company's not exactly short of the financing that'd be required.

Thursday was a surprisingly good day for rabbiteering - one of the best in months! After noticing a bun or two in the "dip" (in the middle of the footpath, which unfortunately can get quite muddy at this time of year), only to have them scattered by a couple walkers approaching me a few minutes later, I headed back to the aerial spot, which seemed unoccupied by rabbitkind, plus having one of the owner's vehicles parked within, for some work on the site. So, down to one of the first spots when I discovered this circuit - and there were up to around a dozen there, including a couple youngsters. ^_^ I always enjoy watching buns going about their lives, but when there are so many, placing me in the fortunate dilemma of having to constantly choose who to watch in the viewfinder, sometimes hopping between different groups, it becomes a complete joy. (And indeed, today was almost as good! But that wind! Oof, that got quite uncomfortable. I should look into some gloves)

First, a demonstration of why life can be tough for a doe, with bucks wont to spray them, which they enjoy about as much as you'd expect.

And from today, the opening manoeuvres of a brief pursuit, with the pursuer even baring their teeth: