Here's an interesting breakdown of various categories of games, and the gender balance each holds. There are some more obvious results, like FPSs being (very) male, but I hadn't expected hidden object adventures to be quite so heavily female. Infinite runners are quite egalitarian, too. And the larger category of "puzzle" being so strongly feminine surprised me. Have a look!

Oo! I just received word from Wanderlust that "Momentary" is through to the second round of judging in the Wildlife category of Travel Photo of the Year. ^_^ I now have to supply the RAW and full res JPEG, by Nov 27. And what a prize for each category winner. =:D

Or, if your artistic inclinations are a touch more classical, SF Gate recently offered up a little review of quite a fascinating exhibition on at the Asian Art Museum until Feb 7 2016, noting the influence of Japanese art on Western masters such as Van Gogh and Monet. 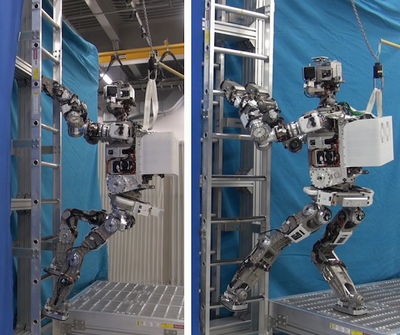 I should like to advise everyone that Kettle Chips have a new flavor out: Crispy Bacon and Maple Syrup. They are indeed every bit as good as one might hope. ^_^

Ro-Busters ahoy! Seems Honda's developing a version of their ASIMO robot for disaster response. As you'd imagine, that requires considerable agility, here demonstrated by what might seem unremarkable for a human: edging along a catwalk, and then ascending a vertical ladder.

BBOWT are hoping to expand one of their nature reserves by a third, and are seeking funding to buy the three plots they're hoping to acquire.

Rather heartening to see: not only are TinyMUCKs and their ilk surviving, but new ones are apparently continuing to appear. ^_^ The MUD Connector's listings offer plenty to choose from. (Beware the category listings, though - "furry" doesn't list a few I'm familiar with, whilst an alphabetical search turns them up happily - and ye gods and little fishes, it felt quite strange to see the FurToonia banner pop up again, on telnetting to ft.furtoonia.net 9999! Ah, maybe I need to drop by again sometime. It was always a good place)

The SuperBowl 50 Committee apparently abandoned their plans to get Muni to temporarily remove overhead bus wiring. ^_^ I know it might sound a bit trivial, but the system's very heavily used - there'd inevitably be great disruption (well, more than just the Fan Village will entail..), and the system's actually quite a symbol of San Francisco, with those grabber arms extending upward, extracting clean (Hetch Hetchy hydro) energy, with the side effect of the buses themselves being virtually silent at standstill. Of course, the big lure of an electric system in SF is, as much as anything, the torque - it's easy for any bus to ascend the city's hills with aplomb. 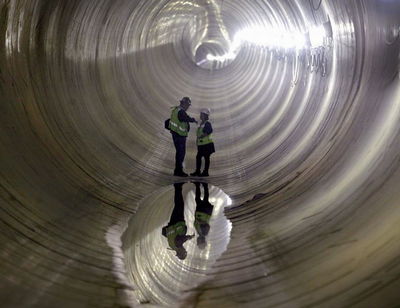 There are a few quite cool photos of the Central Subway project in this Chron article. It's still got some way to go before it enters service, though - it's only the naked tunnel that's all but complete. Next comes all the comms and other infrastructure, and the rail lines themselves. Still, highly welcome, and as the story concludes, it'll surely spur demand for the line to be extended the full way to Fisherman's Wharf.

Well, that proved to be a fun little surprise - I got to meet

lupestripe and his partner Wolfie for the second time! Being a bunny of very little brain, however.. having agreed to meet at the next stop down the line, to introduce them to one of my favorite watering holes, I promptly waited for the train, on the right platform, and got on, at quite nearly the right time.. onto a non-stop into the city. ^_^; Thankfully, they were also running late, so we wound up discussing options and plumped for the original idea. A little (more of a) ride later, and about 25 mins walking out into the countryside - including one gently uphill, muddy section of field footpath that would, without due care, be positively hilarious - we were there, amidst a pub that saw the Saxons and Jutes swing by. 'Sa good place. Some very good food (it's the best French onion soup I've had!), a carefully selected range of beers and ciders, and of course, such atmosphere. The only thing that can make such a combination better is good company. ^_^ And of course, I'm so happy that they found their choices to be uncommonly good as well.

Oh, I wish I were back already.. the Castro Theatre will be holding a parody performance of Peaches Christ's "Addams Apple Family Values", prior to a screening of the film itself, on Sat, Nov 21 2015. ^_^

If you're itching to try out some new TV, Amazon Studios has some pilots they'd like people to try out, and give feedback on, to see what might be worth commissioning for full seasons. There's a good variety, including some interesting looking animated offerings, such as Everstar, Danger & Eggs, and Eddie of the Realms Eternal.

First reports of the iPad Pro & Apple Pencil are beginning to come in, and it's looking very promising as an artistic tool, as demonstrated here. The Pro's a bit big for going out and about, so I'll likely hold off until the screen arrives on the Air family. (The Pencil functionality operates differently to finger touches, so for now, it literally only works with the Pro)
Collapse