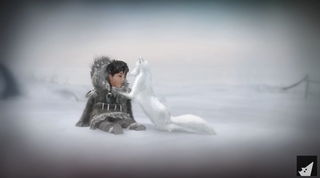 Never Alone might appeal to some folk, available for OS X and Windows, $18 on Steam. Is the trailer not beautiful? ^_^

huskyteer recently pointed out the life of Josephine Baker, rejected at times in the US - once for being "too skinny and too dark", only to find acclaim in Paris. Even then, an attempted "1936 return to the United States to star in the Ziegfield Follies proved disastrous, despite the fact that she was a major celebrity in Europe. American audiences rejected the idea of a black woman with so much sophistication and power, newspaper reviews were equally cruel (The New York Times called her a "Negro wench"), and Josephine returned to Europe heartbroken." There's a good bit more, but there's no need to copy it here. But, please, read it - it's only a few paragraphs. Perhaps her story will catch you as it did me?

The story of one company, Buffer, who ditched their office, going fully remote. It's all about good communication - with that in place, many programming positions (amongst others) have no reliance, or particular need of - or even benefit from - being in the same place.

Compo of the week: the Telegraph's travel survey, with some fairly eye-popping adventures on offer, including ten business class tickets to New York (on a 757 that is entirely business class, with just 74 seats), a three week tour of Italy valued at £85,000, and many more.

I was most entertained by this rather accurate portrayal of tech recruiters. ^_^ (If you've ever encountered the genus, you'll know of the hilarity that inevitably ensues) 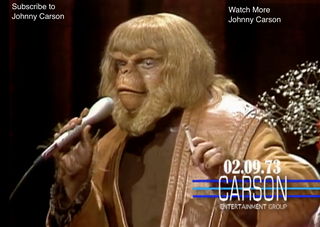 The team that, two years ago, made a lab-grown burger, hopes to bring them to market in five years, initially upscale, with the hope of mass market availability as the price comes down. Interestingly, the story does address the different environmental impacts, which their chart claims to place lab-grown beef as taking 55% of the energy, with 4% of the greenhouse gas emissions, and 1% of the land use, versus conventionally farmed beef.

jenndolari pointed out quite a classic Carson clip: Paul Williams straight off the Planet of the Apes set, in full costume. Such a gem. ^_^

Randomly, I wondered just what makes White Lightning "cider" quite so terrible, and found the answer. It's not what you'd really think of as cider - apples, pressed for their juice, which is then fermented. Oh, no.. think of it more as the drinkable version of "mechanically recovered meat". "White cider is made by processing dessert apples and the pomace after the traditional milling process, resulting in an almost colourless product that has been heavily filtered. Pomace is the dry apple pulp left behind when the juice has been pressed out of it and this is usually fed to animals or used for making pectin. Other large manufacturers use apple concentrate from abroad and get most of the alcohol from the addition of glucose or corn syrup. This is then fermented out to about 15%abv and then brought down with water to around 7.5abv and sold in 2 or 3 litre bottles at prices that sometimes make lemonade seem expensive. The glucose is derived from maize or wheat starch and is changed by enzymes into sugars which in turn are changed into alcohol. So the majority of the alcohol in white cider has very little to do with apples at all."

So, turns out the Jon Stewart's wife, Tracy, "was a veterinary technician and founded a farm sanctuary for abused animals in New Jersey, where she and her husband live." I rather wish I'd been around to hear her talk about her new book last week, "Do Unto Animals", "part memoir and part how-to guide, details how people can more ethically interact with animals and offers 'practical humane solutions to common animal-human conflicts.'"

There's a Chinese SSD maker planning on entering the US market with high capacity (but still, unfortunately, not dirt cheap - the flash chips themselves are from Samsung) drives, in capacities up to 8TB, in a 9.5mm 2.5" form factor. They're relatively slow, at around 200MB/s, aiming more for a need for space than speed, but also come with some different extras, like the Smart Destruction feature, which 'can be set to erase encryption keys, perform a drive erase or physically fry the memory chips with a pulse of high voltage. The Smart Destruction mode can be triggered using a digital timer, a mobile phone instruction, or by simply pressing a button. "Yes, it actually smokes sometimes when you push the button," Rutt said. "People like that."' 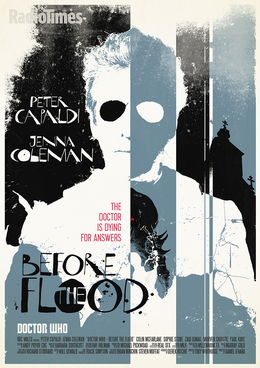 The founders of the lamented Be Unlimited ISP are back in the game, this time as Hyperoptic, offering full-duplex, unmetered one gigabit service. =:D "If you opt for Hyperoptic's 1Gbps package—which is about £60 per month for broadband only, or slightly more if you want a bundled VoIP phone service—you really do get 1Gbps, both upload and download. There are no bandwidth caps, and Hyperoptic told me that they 'don't do any deep packet inspection or throttling.' There is an acceptable use policy (AUP), which is mostly in place to stop you from using a residential Hyperoptic connection for running commercial servers, but the Hyperoptic engineers told me they'd only ever 'warned 2 or 3 people, because they were doing all sorts of crazy stuff.' Basically, as long as you don't constantly sit at ~100% utilisation of the pipe, Hyperoptic is happy for you to do just about anything. 'People host their own FTP servers. We're okay with that.'" The catch, of course, is coverage - given they're a very small player (for now), they're beginning in central London, given the population density, and thus, practicality of connecting many people per building, blocks of flats and offices especially.

Stuart Manning is, apparently, continuing to be commissioned for some superb 60s cinematic style posters for Doctor Who, with these two for Under the Lake and Before the Flood. Ye gods, I wish the box sets had such style!

So, the first Democratic Party debate took place in Las Vegas. I was quite surprised - there were some actual policies put forward, some justifications for past actions, and actual, real questions and answers. Of the candidates, of course, Bernie Sanders remains easily my favorite. Clinton I'd swallow, though without enthusiasm. O'Malley quite impressed me, too - I hope he'll continue to have bearing on politics in some regard, whatever the level. Chafee.. wasn't bad, but seemed rather ineffectual. Webb was disappointing - he's not been too bad politically, but he came off poorly, being rather evasive on several occasions. Best moment? Easily Sanders following on from Clinton's response over her emails. =:D

You may have read - perhaps even as a business case study - of Alexander Graham Bell, weighing against an entrenched Western Union, as an example of the old versus the new. Except.. it wasn't actually like that. (However, majestic beards and sideburns were strongly in evidence)

How old are your oldest shoes/boots? I was quite tickled to learn of one SLU poster's older pair of Chucks dating from 1983, and still in use. ^_^ In my case, it'd probably be the Fornarina wedge boots I picked up in the Upper Haight in 1999 - though, they're not currently in daily rotation, but I feel inclined to reintroduce them - their heel is perhaps the epitome of the wedge. ^_^ Ah, how excited I was to hear they'd received them in stock! Despite being close to closing time, I said I'd be right over - not exactly immediately, given the need to scoot from San Leandro on BART, and then the 6/7/71 to the Upper Haight. Even though I arrived maybe 30 mins after closing, they let me in to make the purchase. ^_^ I'm delighted Shoe Biz have continued to thrive - indeed, they even have their own line of locally produced footwear now. Given how fierce retail competition can be, not to mention San Francisco commercial rents, that's a testament indeed.
Collapse