Horses are meant to have circular irises, ne? I was a little surprised to encounter one that may, apparently, have been a very well disguised goat.

Many people know of Coit Tower, but perhaps fewer know the story of the inspirational Lillie Hitchcock Coit:

She came to this city in 1851 from West Point, where her father had been an army doctor. Seven years later, when only 15 years old, she began her famous career with Knickerbocker Engine Company No. 5.

One afternoon that pioneer fire company had a short staff on the ropes as it raced to a fire on Telegraph Hill. Because of the shortage of man power, the engine was falling behind. Oh, humiliating and better was the repartee passed by Manhattan No. 2 and Howard No. 3 as the total eclipse seemed to be but a matter of seconds. Then, suddenly there came a diversion. It was the story of Jeanne d’Arc at Orleans, The Maid of Sargossa and Molly Pitcher of Revolutionary fame all over again.

Pretty and impulsive Lillie Hitchcock, on her way home from school, saw the plight of the Knickerbocker and tossing her books to the ground, ran to a vacant place on the rope. There she exerted her feeble strength and began to pull, at the same time turning her flushed face to the bystanders and crying: “Come on, you men! Everybody pull and we’ll beat ‘em!”

This spirit continued throughout her life. "As Miss Hitchcock became older, she gave up the habit of following the engine, but the tie that bound her to the company was as strong as ever. If any member of a company fell ill, it was Lillie Hitchcock who gladdened the sickroom. And should death call him, she sent a floral tribute as final expression of her regard." No shrinking violet she! She was "smoking cigars and wearing trousers long before it was socially acceptable for women to do so. She was an avid gambler and often dressed like a man in order to gamble in the males-only establishments that dotted North Beach." 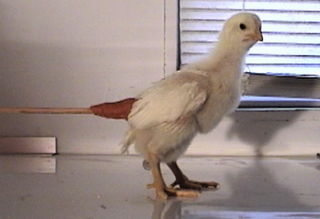 A study showing that nearly all mammals take the same amount of time to urinate has been awarded one of the 2015 Ig Nobel prizes at Harvard University. "Using high-speed video analysis, they modelled the fluid dynamics involved in urination and discovered that all mammals weighing more than 3kg empty their bladders over about 21 seconds." In other fascinating research, it appears that if you have appendicitis, you're almost certain to experience discomfort while traveling over a speed bump. (ie if you don't, you're very unlikely to have it; but the presence of such pain can have other causes) Though perhaps my favorite is the study into chicken locomotion, which established that by applying a dinosaur-like weighted tail, its gait becomes dinosaur-like.

Yay, new furry comic! Tangent Valley is coming out as individual pages on the artist's DA page, starting over here, with the protagonist finding himself slurped into a pocket universe, where everyone's slightly altered from before their arrival. Updates are, unfortunately, quite sporadic.

In a welcome move, Lidl's announced they're adopting the Living Wage Foundation's wage recommendations. Should be fun hearing the protests from Tesco and Asda as to why they can't possibly match that, when the most price-conscious of them all is doing so. =:D That'll see their current wages rise from £7.30 to £8.20, and from £8.03 to £9.35 inside London. The Foundation's own minimum recommendations are £7.85 and £9.15, so Lidl's moves reflect a modest bump on top of that. The article also note Sainsbury pay £7.36 (including breaks, which Lidl don't cover; they claim that leaves them comparable), Tesco £7.39 (breaks not covered), Asda £7, and Aldi £8.15. I wonder where Waitrose and Morrison slot into that league.. 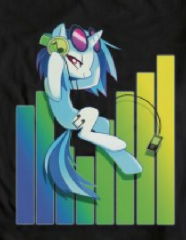 Any recommendations for US cellco plans? I'm looking at two devices: an iPhone 5s (AT&T model - "GSM/North America" on this page), and an iPad Air. For the phone, I'm after a minimal plan - my current 250 mins/unlimited SMS/250MB is pretty much perfect - I don't use much data on it (but 100MB proved to be a bit confining), but it's sometimes handy to quickly check a bus departure time or browse the Ars Technica forum if I'm just popping into town and have left the iPad behind. (RingPlus' plans look reasonable - "Delight" seems like the best fit for me) For the iPad, I'd want at least 1GB, preferably 2GB. Ah.. nope, what they don't make clear is they only deal with CDMA devices. =:P Aha! Some searching reveals AT&T does still offer GoPhone plans - $25 for 2GB for a month would be fine for the iPad, though for the phone, it'd still be a bit of a smelly choice between $2/day for unlimited voice/text for that day, plus data, or plans at $40-60/mo, for unlimited voice/text, and 1.5GB or unlimited data.

I have seen perhaps the ugliest timepiece to have been created: Star Wars by Devon, yours for only $28,500, in an edition of 500. Truly, aesthetics only a Sith Lord could love.

The iPad has a new comics reader: Electricomics, conceived by folk including Leah and Alan Moore, and Garth Ennis. You can read more on its homepage, and the various linked reviews. It's not intended as merely a reader, however, but also a tool for creating your own comics, and sharing them with other users. Their intent is to release it as open source, once it's adequately mature. An Android version is on the cards.

*sigh* Well, now I pretty much have to work out how to repair t-shirts.. I managed to place a nice little 2" rip in another pony shirt the other day. And yep, that's out of print too. Another favorite, too - Vinyl against a panchromatic spectrogram. ^_^; Thankfully, the damage isn't on the design at all, so it may be recoverable.

Wednesday saw a rare public appearance. =:) It was the wonderful

huskyteer's birthday, which she chose to mark with a visit/tour/tasting at the Sipsmith distillery, responsible for some very good gin indeed, along with some other noteworthy examples of the craft, including an absolutely gorgeous sloe gin, and damson vodka. Their tale is quite the miniature saga, as it turned out the last license to distill in London hadn't been issued during anybody's lifetime, some two centuries ago, so the authorities weren't initially quite sure what to do. A crunch factor came when it emerged they'd have to distill some six times more than they were intending, due to one of the old laws on the matter, intended to end the "gin craze" that at one point saw one in four habitable dwellings in London distilling gin, or something claiming to be distantly related to it. A change in the law a few years ago opened up their way, and here you see what produces their wares: Prudence on the left, delivering the initial alcoholic wash, then passed through the tower and into Constance, for the final phase, with Patience on the far side contributing the botanicals.

Of possible interest to some friends: The Omega's Bodyguard.

Sparks fly when a protective alpha meets an omega in danger, but there's a catch: this omega is still human, and doesn't know what he could become with a bite from the right wolf.

Being an alpha werewolf made Rusty Jamison one of the best while he served in the Marines, a top team leader in the elite Force Recon. But now his instincts have made military life unbearable--he couldn't protect his team without revealing what he was. He's out of the Corps and taking his first job as a bodyguard, using those instincts while protecting his secret. But his client is the last thing Rusty expected: a latent omega, a human with werewolf blood just waiting for a bite to awaken his potential.

Sam Hurley has fended off plenty of unwanted advances in his twenty-four years. As a baby-faced computer genius, he's used to being sought after for more than just his brains--but now someone is stalking him, and Sam is going to need help getting him to take no for an answer. His new bodyguard seems like he'll be able to do the job, but once Sam meets him he wants Rusty for a lot more than protection.

Rusty and Sam can barely keep their hands off each other from the moment they meet, driven by their werewolf instincts. Rusty knows that whoever's stalking Sam must be another alpha, hunting this rare unprotected omega. Sam might just be Rusty's chance to start a pack of his own; all he has to do is give up his secrets, hunt down a rogue alpha, and make sure Sam still wants to be his at the end of the day...

The Omega's Bodyguard is a m/m werewolf romance featuring a powerful, protective alpha, a sweet, smart omega, and a steamy happy ending that is only the beginning of this new pack's adventures...

I'm mentioning it separately, as apparently the Kindle edition (Amazon UK, Amazon US) is apparently free for the weekend. ^_^
Collapse