Having read Ars' review of the Pono player (answer: not a bad player, but with distinct flaws, and 24-bit audio is pointless for distribution), I was curious to find out what the reality is with regard to good quality lossy encoding, versus plain CD quality. And lo, the same guy had indeed run such a test. (Interestingly, in both tests, respondents were 98% male) Here, the sample sets were FLAC, and an encoding similar to 320kbps MP3 - so as not to reveal lame's usual low-pass filter in a spectrographic examination, they were encoded to 350kbps, with the filter disabled; the methodology is described in detail in the article. The results are interesting. ^_^ 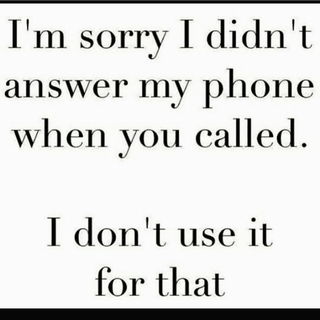 I'll likely be trimming the friends list a bit in September, removing dead accounts. If you're around, but haven't updated in a while, wave a paw, and I promise not to badger you too much about updating. =:)

It's not really a track for me, but the video for Le1f's "Koi" is some appealingly odd eye candy. ^_^

Oo, that turned out particularly well! First, two portobellini mushrooms, sliced up, a few halved cherry tomatoes, and some finely diced lean beef, a good sprinkle of fish sauce, plenty of freshly ground pepper, and a tiny spot of hot smoked paprika. A little later on, some sliced asparagus, and a carrot chopped into halved discs, some garlic paste, some oyster sauce, a little basil, a good bit of chipotle paste, and a teeny bit of Dijon mustard. All that, on a bed of pilaf rice. =:9

I think I'll suggest friends as folk you might consider as worth looking into following. ^_^ Probably only one or two at a time, now and then.

I do apologise for linking to BuzzFeed, but, there is all too realistic amusement to be found in their 21 Pictures That Are Way Too Real For Every Introvert. ^_^; 9 and 10, very, very much so. Thankfully, about the only person I use the phone for is my mother, who remains completely off the web, despite my best efforts. =:/

Up at the University of Manchester, one project's looking at a particularly large array of processors, toward furthering our understanding of how brains actually work - the SpiNNaker machine. From a tech perspective, it's rather cool stuff. Each card holds 48 processors, each being 18-core (864 per card), and they can stuff 21 cards into a (tall) 19" rack case, for 18,144 cores per case, with five cases per rack. They currently have one rack fully populated, with another nine to come. Despite the high number of cores, consumption remains relatively modest - as noted on the architecture page, the entire system will consume around 90kW for about one million cores. That's 90W for 1,000 cores, or 90mW each, including seven terabytes of RAM. =:D And for additional geek bonus points, the video stars Professor Steve Furber, one of the principal designers of the BBC Micro and later, the processor they developed for Acorn's Archimedes next generation computer, the Acorn RISC Machine, aka ARM. =:)

It's a ridiculously long shot, but has anyone read Lore of Leporine? "This fantastically sublime heroic fantasy novel follows one especially sly and candid rabbit hero after he awakens from a fourteen-month coma. It is then he realizes that the world has changed forever. As Perduxi Warren, a contentious group of rebel rabbits led by Queen Scela, holds him captive without cause or provocation, he learns that humans have been wiped out and intellectually mutated rabbits rule the earth. It is further unveiled to him that he is the key to an insidious plot that threatens to wipeout his own species."

A fun competition (UK residents only): Dream It, Do It, offered by Expedia and Marriott, with the winner receiving flights up to $2500 and accommodation up to $1000 for themselves and a guest, to your choice of seventy destinations around the world. ^_^ I'd recommend scrolling down the list completely first, so you get to see all available, before making your selections. It's possible to remove choices made, though, so it's not critical.

kfops might find this woodworking project handy, when the newcomer's grown a little. ^_^ (It starts about 1/3 down the page, with the design profile in pencil. It's shown here, completed)

And here's a bun from the other day, carefully grooming themselves, whilst also keeping an eye on me. I am delighted to be considered unthreatening. ^_^