Are leporines unique amongst mammals in having fully furred (and consequently 20% cuter) feet? I'm having difficulty coming up with other non-hooved mammalians that don't have pawpads.

I'm sort of randomly curious - how many times, if you're a furry, have you changed species, after you'd initially worked out what you were? Do you know why that happened? I'm more after complete switches, than tweaks or additions, like bringing in influences from another species, but I'd enjoy hearing about those changes too.

Open to: All, detailed results viewable to: All. Participants: 24

How many times have you switched species?

"On 3 September - four days after the next full moon - many of the world's leading experts in lycanthropy will gather at the University of Hertfordshire for the UK's only werewolf conference." "People have been fascinated by human-to-wolf transformations down the years, especially in film," says conference convener Dr Sam George. "Many remember Lon Chaney in Wolf Man or the cult classic An American Werewolf in London, which brought werewolves to contemporary audiences. But how many people actually know the different ways that you can become a werewolf according to folklore or that there were actually werewolf trials in France and Germany where people were hanged and found guilty of lycanthropy? At the conference we want to draw attention to these little-known facts and discuss the werewolf in all its many manifestations and cultural meanings." 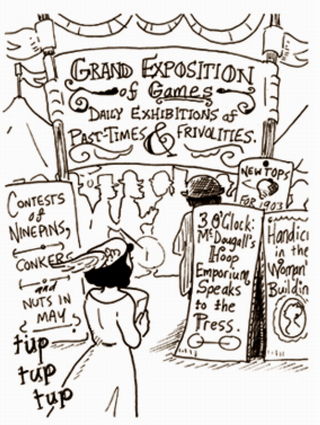 "Fun" with telecomms: "Remember that vulnerability in the SS7 inter-carrier network that lets hackers and spies track your cellphone virtually anywhere in the world? It's worse than you might have thought. Researchers speaking to Australia's 60 Minutes have demonstrated that it's possible for anyone to intercept phone calls and text messages through that same network. So long as the attackers have access to an SS7 portal, they can forward your conversations to an online recording device and reroute the call to its intended destination. This helps anyone bent on surveillance, of course, but it also means that a well-equipped criminal could grab your verification messages (such as the kind used in two-factor authentication) and use them before you've even seen them." "The UK company Cobham sells a system that allows someone to send a "blind" call to a phone--one that doesn't ring, and isn't detectable. The blind call forces the phone to transmit on a certain frequency, allowing the sender to track that phone to within one meter. The company boasts government customers in Algeria, Brunei, Ghana, Pakistan, Saudi Arabia, Singapore, and the United States. Defentek, a company mysteriously registered in Panama, sells a system that can "locate and track any phone number in the world...undetected and unknown by the network, carrier, or the target." It's not an idle boast; telecommunications researcher Tobias Engel demonstrated the same thing at a hacker conference in 2008. Criminals do the same today."

A cartoon on materialism, to the words of someone who owned only books, and a few clothes.

There'll be a Doctor Who miniatures game! And going by the quality of their Judge Dredd range of miniatures (and that's only the Justice Department!), there would definitely seem to be great potential. As with traditional gaming miniatures, they're supplied unpainted, so yours might not wind up looking quite the same. =:) And as they note, "The licence covers not just the latest series of Doctor Who but encompasses all of the Doctors, their companions and their foes. So, expect to see Sea Devils as much as Weeping Angels, Leela as much as Martha Jones, and a long, brightly coloured scarf as much as a fez (fezzes are cool, by the way...)"

Today I learned that the game of "Mumblety-peg" referenced in Shaenon Garrity's Perils of the Lady Gamer is indeed real. ^_^;

I've been reading through a thread on the iCar, and one side-discussion piqued my interest: that in a scenario with autonomous vehicles, the entire insurance situation could be quite different. As is, the risk is only quantifiable as a large pool, broken down into a few slices; with autonomous vehicles, your rate would be solely dependent on the vehicle model (other than mechanical failures), as you'd be out of the equation - any errors in judgement would be the result of the manufacturer's firmware.

Fun fact: within the White House press, the name badges read along the lines of "NBC News", "ABC News".. except for one outfit's, which read simply "Fox". ^_^