A very good friend has a (big =:) pup with heartworm, and could very much use some help in covering the treatment cost. 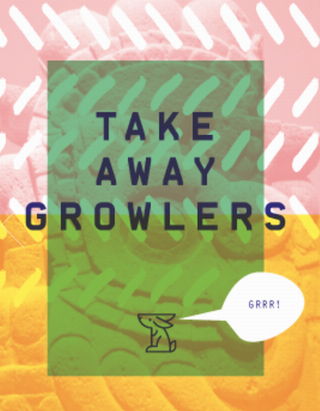 huskyteer recently pointed me toward a new pizza joint, Four Hundred Rabbits, near Crystal Palace. Of course, I was wondering about the name, and gratifyingly, they offer this explanation: "We love fermentation. The Aztecs also revered the process and worshipped both a goddess of alcohol and a god that discovered fermentation. According to Aztec folklore these two got it together one night and created many offspring known as the 400 rabbit gods or Centzon Totochtin. These rabbit gods lived the good life, constantly going to parties and getting into mischief, alcohol was involved more often than not. At Four Hundred Rabbits we celebrate fermentation and two of the best things it has given us, pizza and beer. We think eating and drinking with friends and family should always be fun, and about good times. much like the 400 rabbit gods did." With a reverence for both local craft beer and authentic Italian style pizzas, but with sourdough, I must see what they're actually like. =:D

If you noticed your LJ's style change from your own to one of the stock themes, when viewed on a mobile device, there is an opt-out: go to Settings: Display, and tick the "Mobile view" box, "Use my journal's style when viewed on a mobile device". It's apparently intended to play more nicely on small displays, but on the iPad, I'm entirely cozy with my theme. Which I think has been unchanged since I set up home here in 2003. ^_^ They've also added the option, when deleting a comment, to delete all comments from them in that posting, or all they've ever posted in that journal/community.

Did you know Fremont (the Michigan edition) hosts a National Baby Food Festival every year?

Here's a detailed examination of the genesis of the Virtual Boy, from its conception by Allen Becker in Massachusetts, in 1985, through its development as Private Eye, and into their pivotal meeting with senior Nintendo folk, including Gunpei Yokoi, head of one of their R&D departments, and responsible for Game Boy and the Game and Watch series. It's an engaging account, letting you see just how and why things happened as they did.

davesmusictank noted a superb resource, collecting 135 philosophy classics from a variety of sources. As such, each is available in various formats - some are web only, some are PDF or MOBI, some are iOS apps. And they're all free. ^_^ Titles range from Marcus Aurelius "Meditations" and St Augustine's "Confessions", through to Karl Marx's "Das Kapital", Adam Smith's "The Wealth of Nations", and Bertrand Russell's "The Problems of Philosophy".

Egad. I've come across an example of Trump being a good person, albeit dating to 1988.

I'm not really sure I understand supermarket economics. The brand of hanky I like (compact, low profile packaging) is apparently 2 bits per box, 2.50 for a twin pack, or 3 for a quad pack. (It would be quite enlightening to see what such supermarkets pay for various items)

jenndolari, the trailer for BBC 2's forthcoming comedy Boy Meets Girl. Definitely should be worth watching. ^_^ The first episode debuts on Thursday, Sep 3 2015, on BBC 2, at 9.30pm.
Collapse