It's not exactly new, but still, I only stumbled upon it the other day: Doctor Who series 9's trailer is out. (Even if I can't still quite bring myself to call it series 9, when there've been plenty more before 2005..) Yep, looking forward to Sep 19 2015. =:D

Here are some reasoned arguments for reinstating Pluto as a planet.

If you need a bit of real world happiness, have a look over here, where Melbourne examines the effects of assigning email addresses to trees, originally so people could report problems - it's become rather more than that. ^_^ (Fluttershy is, QED, Best Pony)

Here's a competition that certain folk might find of interest: fly a Spitfire, a Harvard, and a Tiger Moth. =:D (UK residents only, sadly. Doesn't close for a while yet: Sep 30 2015) Ever seen a giant chicken church?

I don't see myself leaving the Greens for Labour, but I'm delighted nonetheless - especially in light of Labour voting for the abhorrent welfare bill, insistent that they must move further right to win Tory voters, rather than trying to retain and regain their own - to see that Jeremy Corbyn's leadership bid now sees him with a 17% lead, and espousing policies that are strongly in accord with popular views, such as renationalising the railways (60/20 overall, with even Conservative voters split evenly at 42/42), rent controls on landlords, higher top tax rate, and cutting tuition fees.

Oh, FFS.. it looks like the new series of The Clangers will be appearing in the US - but, yes, with a North American narrator replacing Michael Palin. Still, at least their choice might work out sort of amusingly: William Shatner. ^_^;

If you're within reach of Cardiff, and enjoy Judge Dredd, you might want to wander along to Judgement in Cardiff, an exhibition of work by many of the artists who've been involved with Dredd over the years, including the likes of Ezquerra, McMahon, Smith, Fabry, Bisley, and more, coming both from the artists and private collections.

The Leap is a 30 minute sci-fi short. Or, if you only have two minutes to spare, how about Trash Cat, about a cat with a love of knocking over trash cans? Do continue into the credits. ^_^

It would appear that Bloom County is back. =:D

Quote of the month, courtesy of

huskyteer: "On Saturday she even shed her skin in the night without waking me up, and I certainly can't say that about anyone else I've ever shared a room with."

Saturday a fortnight ago saw a return to a local beer and cider festival I'd tried last year, and this year, managed to lure the roomie along to as well. Indeed, it's fairly high on my list of preferred venues. ^_^ It doesn't sport the incomparable lists of the GBBF, but they do a very good job, mostly focusing on breweries and cider makers you can't find so easily. Add in the very mellow atmosphere of one of the two pubs enjoying a quiet game of cricket across the road, and at the other, a broad, open meadow, with little fun games of football, frisbee, and pups enthusiastically nosing around everywhere. ^_^ (And as a silly aside, here's what that view looks like when accidentally processed as a spherical panorama =:)


Following their rejigging of Flickr to do away with Flickr Pro for newcomers, and have it all ad-supported, I was interested to see they've reversed their position: Flickr Pro is coming back, with all the ad-free and stats love of before. The catch is that new subscriptions will come in at $50/year ($6/mo), where it'd been $25/year before, though it'll remain at that level for two years for existing subscribers.

The trailer for Red Game Without a Great Name (yes, that's actually its title) is quite gorgeous. It's a platformer, wherein you control a mechanical bird messenger in a steampunk world. I admit, I'm not sure if I'll get it, simply because of the gigantic backlog of games I already have. ^_^; Even so, that trailer is worth a gander. (The song is apparently in Polish)

Photoshop has a new competitor! Affinity recently finally released - after some five years of development - Affinity Photo, with a genuinely pro-level suite of features, surpassing Photoshop in some regards, with live effects and layers throughout. (I'm also delighted to see PSB support in there after all, per my suggestion =:) No subscription, just a one-time payment of £40. OS X only, as it draws heavily on OS-specific technologies.

Looks like conditions are shaping up for a particularly wet Californian winter.

Bah! I feel dirty for linking to HuffPo, and true, it's a fairly inconsequential posting, but still.. Why Are Women In Razor Ads Always Shaving Hairless Legs? does ring weirdly true. ^_^;

If you're playing Disney Infinity at all, you can unlock Merida and Rocket Raccoon for free, using "webcodes" MERIDAUK and ROCKETUK when logged into your account. The codes may be valid worldwide. 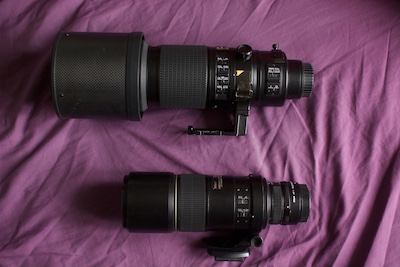 So, I waved goodbye to my TC17E-II teleconverter. It works perfectly well, but I've found the 1.4x suits my needs better - I don't usually need to go quite that far out, and even 420mm can be a little close, when allowing for the gap between, say, the participants in a chase. Consequently, I've barely used it in the past year. Indeed, I'm wanting to evaluate precisely what effect the 1.4x has on sharpness - I may even part with that at some point, as whilst I'd miss the extra reach, the extra stop "regained" reverting to f/4 might be a better trade-off. I'll print out a resolution test chart, and see what the outcome is. Could be quite interesting - the Nikkor 300mm f/4D AF-S is a particularly sharp lens, but still, with 24MP on the D7100, I'm not sure how much extra room there is for added magnification before you're simply getting larger blurred edges. (Wow, good going! They received the TC the next day, and the agreed sum was transferred almost immediately. Could've only been easier if they'd provided a teleporter rather than having to hoof it to the Post Office)

Similarly, it was a delight to see a friend and former coworker again, picking up a wetsuit I'd offered for sale - July's been such a frustratingly expensive month, but that's helped keep things almost sort of level. ^_^;

Has anyone watched both of RTD's recent Channel 4 productions, Cucumber and Banana? Unsurprisingly, I've had the former around for a while, unwatched, and now the latter as well.

Well, that was a bit of a pain. A while back, when the future seemed rather more assured, I bought a ticket for Friday of the Royal International Air Tattoo, as that was the day when the Vulcan would be flying. But that all changed: it flew over the weekend, and only on static display on Friday. And of course, tickets for Saturday and Sunday were all sold out by that point. A real pity, as that was apparently the very final time it'll be flying.

Similarly, with the lens booked way back in February, it proved to come along at not quite the best time, but so it goes. ^_^; The Monday before the show saw me wander along to pick up the Nikkor 200-400mm f/4 I'd reserved for this year's RIAT. I took all three lenses - the 10-20mm f/4-5.6 for close range views, perhaps deliberately taking advantage of that distance distortion ultrawides lend; and the 30mm f/1.4 maybe for cockpit/interior views, or detail shots. They're pretty light, anyway, so no reason not to bring them along. And indeed, the 10-20mm saw plenty of usage, with the A400M rear view a good example of the fun you can have with a really wide angle lens - there's pretty much no aircraft you can't capture in its entirety, with the bonus of some real fun with composition in the process. The 30mm I did use on a couple occasions, in particular for one vendor's rather exquisite wooden model aircraft.

Above is the rental in comparison to my usual workhorse, with the usual TC14E teleconverter attached. (At the front is the hood - in use, you'll reverse it, so it shields the front element by that length, keeping stray sunlight from outside the viewing angle out of the way) As a result, it didn't quite fit as elegantly in the bag, but it'll do. ^_^ (And hey, it's more discreet than the Sigmonster was =:)

So, I finally thought I'd try out the new public betas of iOS 9 and OS X. The former, at first blush, seems fine, but I'll need some time to really get a better feel for stability and compatibility. The latter - well, Aperture is unaffected, and Mail seems to be playing nicely for now. ^_^ A few irksome "features" cropped up, notably iTunes reverting to iCloud backups, rather than local, and Gatekeeper similarly reverting to signed apps only, though they're both easily fixed. And, with HTML5 now seemingly reasonably mature, I'm experimenting with removing Flash. All seems remarkably unaffected, with the exception of BBC video, which can be fixed by identifying as an iPad, eg "Mozilla/5.0 (iPad; CPU OS 6_0 like Mac OS X) AppleWebKit/536.26 (KHTML, like Gecko) Version/6.0 Mobile/10A5355d Safari/8536.25". 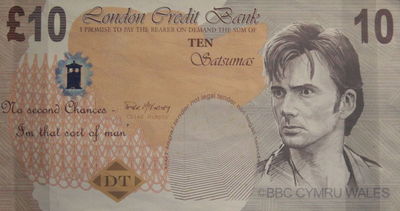 Other bugs: the App Store can't seem to restart the system if necessary; thankfully, not much of an issue; the second public beta seems to've fixed that. WebKit appears not to handle map tiles correctly, making navigating around Bing Maps very awkward. (Apple Maps works, but has no footpath info. Bing Maps licenses Ordnance Survey's maps, which remain the gold standard of cartography - the new Bing Maps works normally, but currently, lacks Ordnance Survey mapping) Unsurprisingly, Parallels Desktop 8 has lost its networking and USB, but that's been on borrowed time since Yosemite, only made functional by disabling the kernel extension signing, which isn't really a good idea. Still, I'll see if I can inject some zombie juice.

One very welcome point is that El Capitan appears to fix a juddery scrolling issue I'd had with OmniWeb 6 betas since June last year, causing me to remain stuck with an old version of OmniWeb. The current OW6 beta under El Capitan seems to work entirely as expected. Kewl. ^_^ BTW, if you're running the public beta of iOS 9, you can update to the developer betas, which come out more often - just delete the beta profile, restart, and check for an update.

Did you know the British Museum has, on display, a Doctor Who £10 note?

Filmwise, there's not much to report, though I did finally get to see "Home". It's certainly no masterpiece, but I do feel the trailers put me off it rather needlessly. Its trouble is.. it doesn't quite know who its audience is, so its humor sort of bounces all over the place, trying to keep the four year olds amused, before dashing back to the tweens, and occasionally the adults. That said, I did enjoy it, even including the soundtrack, some of which may end up in my Bounce playlist - and the voicework of one of the leads was surprisingly good, given she's better known in other creative fields.
Collapse