Open to: All, detailed results viewable to: All. Participants: 13

What kind of camera(s) do you use primarily?

What camera(s) do you use at all?

Are you considering a DSLR or MILC in the future?

In a demonstration of one of the reasons I'll never have anything to do with Facebook, here's the story of someone whose name was deemed not real enough to use there. But, real enough to work there.. 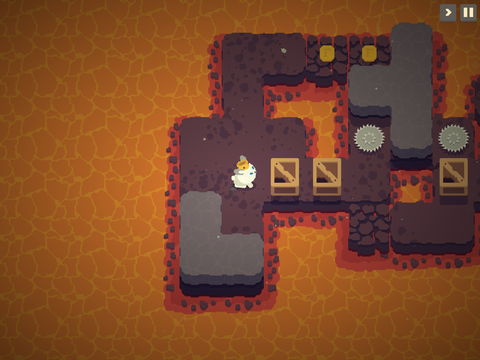 Any net.radio recommendations? I have a few stations in my iTunes sidebar, and they're mostly pretty good (though some do seem to have relatively thin playlists) - but the amount of advertising absolutely grates. I'd like to be able to listen for a while, not have to hop stations every other track. For that matter, how do subscription-based offerings like Spotify fare in that regard? I'll be taking advantage of the Beats 1 trial when the station goes live tomorrow, assuming they don't geolock it down.

Here's a game I stumbled upon on TouchArcade the other day: Furdemption, a puzzler in which you have to guide a royal rabbit out of Hell. ^_^ Now, true, I will confess to a degree of bias, but they are very cutely animated, although I'm playing quite cautiously, as I don't ever want to find out what becomes of them if I fall into the lava. ^_^; You can see the game in action over here.

So, a few mini-reactions to recent-ish MLP eps:

Appleoosa's Most Wanted: thoroughly enjoyed. But then, who couldn't enjoy a theme of finding their true selves?
Make New Friends but Keep Discord: enjoyed, although I wasn't sure I quite bought into Discord's jealousy. I do want to see more of Tree Hugger. ^_^
The Lost Treasure of Griffonstone: much better than I'd expected. I was pleased to see Gilda return, and become rather more rounded in nature. Maybe not the most subtle of writing, but still, I was happy to see Gilda happy. ^_^
Slice of Life: invasion of the comics! =:D Absolutely brilliant. I've long felt we could do with seeing more of the "minor" characters, and this delivered in spades. I only wish they'd had David Tennant voice Doctor Whooves. =:)

Who else is using Safari as a primary browser? I'm wondering if it's normal for switching between tabs, and switching from another application to Safari, or away from it, to take a noticeable amount of time - up to a second or two. Feels like something's amiss, though I'm not sure what it could be - it's a fairly stock installation, with only AdBlock and Disconnect extensions enabled. Hmm. Well, if I turn extensions off completely, then back on.. it's speedy again. O.o