Is anyone skilled in the ways of minor repairs in clothing, by any chance? To my dismay, the washer/dryer punctured a few tiny holes in probably my favorite shirt, Daft Pon3. Small enough, I think, to be repairable.. even aside from the hassle and expense of replacing it, it's no longer available. Any recommendations as to how to go about it myself, or anyone I could send it to, would be most gratefully received.

Here's quite the gem of Americana, courtesy of

jeriendhal: scans from an issue of Front Page Detective (complete with sultry woman portrait on the cover) from the 1950s (?), "the magazine that featured my Dad in a story about finding illegal radio transmitters at Belmont Racetrack." He kindly includes the full article. 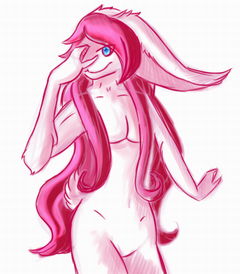 patch_bunny, these true wetsuits are rather special - they look like formal officewear, but they are indeed fully functional wetsuits. =:D (There's a YouTube version over here)

Show me a favorite music video from this year. ^_^ What makes it stand out?

If you want to help keep some rescued rabbits happy,

huskyteer dropped mention of Fat Fluffs, a rescue in the West Midlands. You can donate to them by SMS, post, or online, through BT MyDonate (no PayPal involved!), with the latter offering the option of GiftAid, making a UK taxpayer's donation worth 25% more to them, at no extra cost.

Eee! Another rendition of me, this time from Vinters/Grinimal, so very kindly offered for free. =:D

When you're pondering seeing a film theatrically, do you pay much attention to the price? If so, is there a cut-off point where you flip from being about to pay, to just leaving it for the home release? I was all set to see Tomorrowland, with the local soulless megaplex's cheap Tuesday pricing, but then found that they'd eliminated that - it's now £9.30 after 5pm, £7.30 before. (And more for 3D) Previously, it'd been about £4.70 all Tuesday.

austin_dern explains "jobs". ^_^ "For that matter, what’s a job to a kid? It’s just a place adults go to become tired and unhappy somehow. There are maybe five adult jobs a kid understands. There’s being an astronaut, there’s fighting stuff (fires, supervillains, crime, wrestlers [other]), there’s being a nurse, there’s being a teacher, and there’s driving a snowplow. Everything else is a bit shaky. For example, when I was a kid all I quite grasped about my father’s job was that he worked in a chemical factory in the parts that normally didn’t explode. He had to go in for eight or sometimes sixteen-hours shifts and I understood that most of the time things didn’t explode. But that leaves a gap in the imagination about just how he filled his working days. Come in, check that things hadn’t exploded, sure, and then it’s four hours, 56 minutes until lunch. 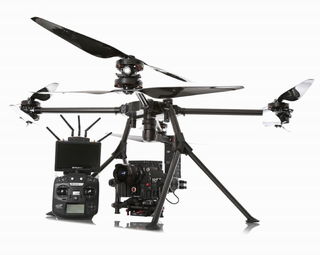 A kid might understand what someone in a service job does, because they could see a person bringing them food or taking clothes to clean or so. It’s why someone would be hired that’s the mystery, because getting that service means giving someone else money. Money’s hard stuff to come by, what with birthday cards arriving only for a one- or two-week stretch of the year, and maybe a bonus at Christmas if they’re lucky. The tooth fairy can help cover a little capital shortage, but that’s too erratic stuff for a real economy."

What did you want to be as a child? I recall vaguely thinking "nuclear physicist" would be fun, but, TBH, didn't really have any specific ambitions - I was fine with just seeing what I'd grow into, as it were, and my parents were thankfully similarly unhurrying. It probably had to be something in the scientific line, though - I took so easily to chemistry sets, and that first electronics kit I had, with a mess of components terminated in little springs, to be connected by wires - I took that everywhere. =:D

I can't say I'd mind one of these drones for wildlife photography.. behold - the Tayzu Robotics Titan X8. Forget GoPros - this will haul a RED. =:D

Bah. Looks like the ethernet cable linking the AirPort/Time Capsule upstairs to the switch downstairs is going flaky.. re-running that should be entertaining. =:P Meanwhile, I'm leaving Hazel on the AirPort's WiFi so it can see the backup disk and the connected drives, and tethering it to the iPad, now flipped over to the roomie's WiFi. SCIENCE!

Could be handy for some folk - Synergy is a utility for sharing a keyboard, mouse, and clipboard across multiple systems, as well as permitting drag & drop of files between them. It runs on OS X, Linux, and Windows. Just move the mouse across to which ever system you want, as if it were one system with display spanning.
Collapse