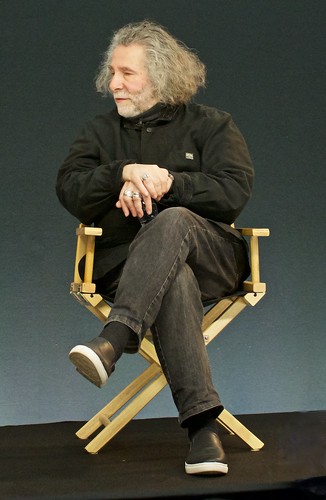 And so I learned just how influential Kevin Godley has been - not just part of 10cc and Godley & Creme, but director of one or two seminal music videos, including Frankie Goes to Hollywood's Two Tribes and Herbie Hancock's Rockit - designed thusly as it was, apparently, very difficult to get black artists onto MTV in their early days, so they sort of sneaked him in on TVs. O.o Though the session started late (so, ConOps everywhere can rest assured it's not just them =:), it proved to be a lot of fun - ye gods and little fishes, but the guy's got some stories to tell. Definitely keep an eye on iTunes to see when that "Meet the Author" session gets posted - as with most of them, it was recorded with video for posting later on; somewhere around a few days to a week afterwards, I believe. (And as a tiny marketing exercise, I suppose it worked - I did indeed later buy a copy of his.. well, sort of memoirs, "Spacecake". The original title was going to be "Listen With Your Eyes", but his wife pointed out that that was "kind of shit", so he went with an Irish turn of phrase he stumbled upon in conversation, referring to someone who has their head in the clouds. It's on iTunes for £9.99 or US$16.99; not on Amazon, apparently. No idea about print, but it's a book with a good deal of links, audio, and suchlike embedded - even if a print edition exists, it'd be more wholly enjoyed digitally) Very cool guy.

"Bill wasn't interested in what we knew, or could do; he was after the deeper stuff, what we didn't know we knew we could do. His way of getting results was to challenge our methods. If we were used to a pencil, he'd give us a brush. If we worked in full colour, he'd allow us one. He'd get us to draw left handed, paint with our eyes closed, stand on one leg, put the brush in our mouths, between our toes, anything to switch off access to the obvious and force us to take a step into the unknown. Now this might sound a bit pretentious and hit and miss but it was funny, everyone had to do it and in front of the whole class and have the piss taken out of them, to boot. Actually maybe that was the point. Maybe good old Bill was taking the piss out of us all for his own amusement but the basic point stuck, at least with us. Dig a little deeper. There may be something unbelievable out there instead of something quite good. That simple logic has stayed with me all my working life and subconsciously informed everything I've done since."

Some furry-styled business world tropes, taking after Richard Scarry. Amusing, even if you've personally encountered some of them. =:)

Cine Gear Expo looks like being worth wandering along to, if you have a particular interest in cinema, with an emphasis on the production thereof. Free registration for now, taking place at the Paramount Studios in Hollywood, June 4-7 2015. 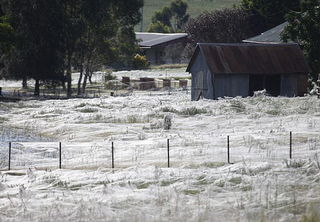 Best comment on this report of a shower of millions spiders (in Australia, naturally) who proceeded to cover the landscape in cobwebs: "It must be really boring living in those countries where spiders are harmless." (Aha! It's actually from 2012, and the spiders were fleeing floodwaters in Wagga Wagga)

I hadn't heard of "Equestrian Dreamers: My Little Investigations" before, but there it is, looking very polished, and available - free - for OS X, Linux (via Wine), and Windows.

Touch Arcade had a little diatribe the other day, quite deservedly, on poor App Store ratings. Not, I should note, because the games were actually terrible, but.. well, here we head into the cauldron of revenge some consider reviews to be. One set of examples they cite regards Minecraft: "one crafter who says he has been playing for two years but has now decided it's "not worth it" so awards the game one star. Also awarding a single star is the guy who says "it is good but should be free". You might expect a few stars from a review titled "Minecraft is epic" but no, that's another one-star wonder, with a list of stuff that the reviewer thinks should be added before he'll bump his rating. And two ladies on a shared account demand that horses should be added, then almost as an afterthought throw in a list of other animals that should be added too. Another one star." On Monument Valley (veritably, a latterday classic), another deems it '"pointless", declares the $4 purchase price "extortionate", and says he's glad he got it free on a Starbucks promotion "or else I would be beside myself with rage right now".' And these are the more sane examples. =:D

I was amused to note, on a visit to the Cider Tap (if you're ever in London, and feel the need for some serious cider, just head out of Euston, and they're by the entrance to the station, opposite their sister establishment that sells only beer), a sign noting "Please do not ask: WE DO NOT SELL STRONGBOW". =:D Of course, I had to ask if that actually happens - apparently, yes. Multiple times a day. ^_^; (Hint: if it looks busy, try upstairs. If you make it up the tight cast iron spiral stairway without spilling everything, you'll find a little nook with a few more tables)

And the Doctor Who Symphonic Spectacular is about to begin.. and we're right at the front. =:D 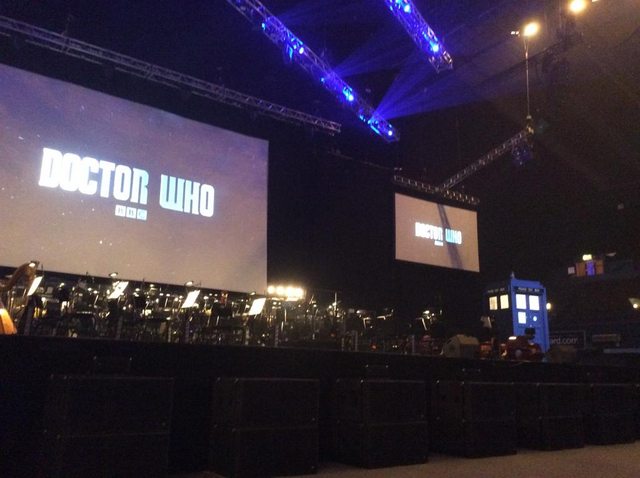