For a night which saw a relatively clean win for a party that's pushed for punishing the poor and slashing the NHS, there's a degree of comfort to be found nonetheless, beyond the welcome resignations of Clegg, Miliband, and Farage (oh, so nearly - but, whom would the press have been left to adore?). The LibDems have paid the price for propping up that regime, Caroline Lucas held onto her Green seat in Brighton with her margin increased by 10%, the SNP's done spectacularly well, Farage lost his bid, and Labour might finally have to re-examine where its heart lies - in being eternally afraid of offending Murdoch or the Daily Flail, or actually becoming a party of opposition to the hateful policies of austerity. (Though I fully expect them to continue their drift to the right) And there's even some surprisingly good news from the Conservatives, per Lord Ashcroft: "...and furthermore let's set up a Royal Commission or similar to review the voting system. First Past the Post has had its day..." Toward that end, if you're a UK voter, consider adding your name to the Electoral Reform Society's campaign for a fairer, more proportional system.

Not just a cool track, but a really nifty cat mask too! Galantis "Runaway (U & I)". Or, if humans are more your bag, how about this skateboarding-themed vid for The Moth & the Flame "Young & Unafraid" - it's maybe not quite as you might expect.

Or maybe a touch of the old ultraviolence? How about this SNES-themed Norwegian number? The Fjords "All In" is.. memorable. ^_^;

VICE Canada recently took a look at Fur-Eh, a new Edmonton furcon. They had fun. ^_^ Of course, fursuiting features prominently, but they're quick to note it's really only a large, highly visible minority. Sex is mentioned, and accepted; and, unsurprisingly, that CSI episode is raised and appropriately discredited. Overall, it's a pretty positive look at what is, after all, a huge pile of fun. 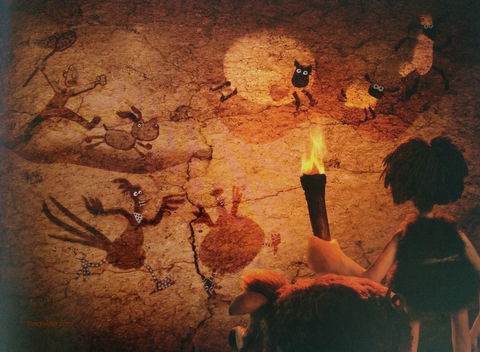 A Kickstarter of note: LightSail, a solar sailer packed into a CubeSat. It's a project from the Planetary Society, headed by Bill Nye, originally proposed by Carl Sagan. It's already reached its minimal funding goal, but there's a lot more that they could make happen with more money.

Here's rather an intriguing photographic startup: Light. They're aiming at the gigantic cellphone market, aiming to offer quality to rival DSLRs, by aggregating the output of many conventional sized cellphone sensors, but each one operating at a different focal length, with the longer lenses folded down flat against the body, rather than protruding from the device. The proof, of course, will be in the pudding - even if it doesn't equal DSLR or MFT cameras, there's surely some potential in taking a photo with many focal lengths simultaneously. Whether it'll prove alluring to phone buyers, though, remains to be seen - anything more than the current optical setups is going to add to the width of a phone, and as the article notes, the bulk of the market tends to want either cheap, or thin and light. As a rival to more serious cameras, it could prove quite interesting.

Admittedly, I'm not used to the accent, so I can barely understand the guy, but you've got to love this Tube staffer's sheer style. =:D Aha! [A transcription has been provided! ^_^]"Super dooper good afternoon to wonderful people at Victoria. All the way to the top for the North Pole, so get on board and relax and don't dare delay santa's sleigh. We're just at a red light, nahmean, soon be a green light, should leave very soon. So don't worry people, we'll soon be jingling all the way to the North, you know? Easy driver, Rudolph and Prancer All these wonderful people, stand clear. Rudolph the red nosed train is ready to get out of here, whoops - e - daisy don't you dare delay Santa's Sleigh. Yes, driver!"

Melancomedy, who previously produced The Box, have released their latest short, the superbly bleak Between Two Ghosts (briefly NSFW). (h/t

eliki, whose brother is amongst those involved)

Could be good to see made - Kickstarter for a series of sci-fi shorts, Transhuman. Of course, one would hope their definition of transhuman might also extend to reshaping one's body, not merely improving upon it - although the two can be closely linked. =:)

So, here's a flick I'll be looking out for: Anne Hathaway, starring in "Colossal", described as 'Godzilla' Meets 'Lost In Translation'. =:D Intriguingly, it'll be written and directed by Nacho Vigalondo, the same guy responsible for the time travel mind-twister "Timecrimes". 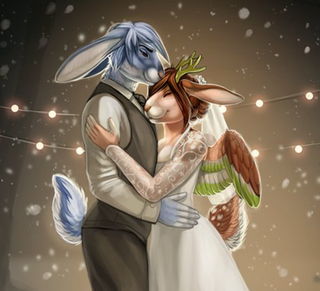 The good Doctor Who news: UNIT scientist Osgood, killed off summarily by Missy, is returning. ^_^ The less good? That two-parter's being written by the same individual responsible for the - ah - memorable episode, Kill the Moon. =:/ But - how about these lift doors from the new Durham police HQ?

Of minor geek interest: Ofcom's introducing new rules on switching providers for broadband and landline services (but not cellular, yet), so rather than the current process of having to contact your existing provider to initiate the process, you'll be able to let your new provider take care of the whole switchover.

I'm going to have to take a look at this, as I'm rather interested in OpenCL: a Linux rootkit that runs on the GPU, making for a novel attack vector. (h/t

Artwork of the week: this piece by Owlette. (Entirely safe)

Wow, that's a stupid Yosemite bug! A week or so ago, I changed the disk password on my Airport/Time Capsule, to make it easier to re-enter on the BD player downstairs (it's the usual "navigate an alphanumeric grid using the up/down/left/right buttons" UI, so anything more than a few letters gets quite tedious). What I didn't realise was that Time Machine apparently wasn't aware of that, and could no longer see the backup drive, so it was quietly not backing up to that, only on the internal drive. Reselecting the drive within the Time Machine control panel prompted me for said password, whereupon it could finally see it and begin preparing the next backup.

In gaming news, Squeenix has announced, more or less, that they're abandoning consoles, in favor of mobile gaming. Naturally, it's to be hoped the nature of their titles won't change radically - whilst "bite size" gaming is absolutely a major part of mobile gaming, titles like The Journey Down and Grim Fandango illustrate there's also a need for longer, more involved titles. Eep! And now, Konami says the same thing.
Collapse