I'm (nearly) ready! Lapinity will be opening in its new home on Monday, April 27, with a variety of options, including some rather beautiful pre-mounted offerings ready to hang, as well as simply the prints themselves. Publicity and orders will both be welcomed. ^_^ For now, you can see how it'll look, but with no ordering enabled. 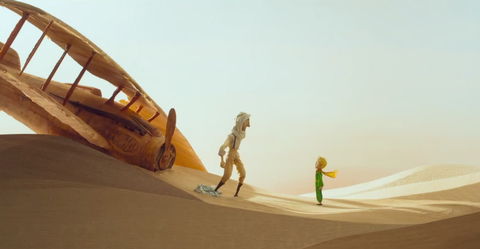 Oh, this looks like it could be seriously good. =:D The first trailer for The Little Prince, by Antoine de Saint-Exupéry, has just debuted. Quite a surprising director, too, having previously helmed Kung-Fu Panda. Curiously, they've chosen to bracket the story within another, a conceit reminiscent of The Princess Bride. 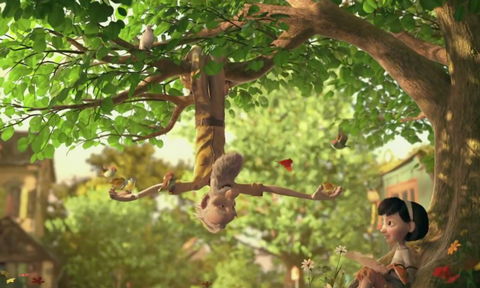 Once in a while, things work out despite themselves. =:) If you recall the Charing Cross "Access All Areas" tour I mentioned the other day, finding everything booked, I placed myself on the waiting list. At first, for just some relatively random date, not realising it was specific to that date - then, for a date I actually wanted, Friday July 3, as that'd segue beautifully into giving plenty of attention to the White Horse's American Beer Festival running over that weekend. I duly received two notifications from EventBrite, saying spaces had opened up. I clicked on the first, which turned out to be for June, and then the second, the one I wanted, and proceeded from there to the purchase page. Naturally, the site gave me the wrong date. =:P Too bad, but hardly any great matter. Then, on Thursday evening, I received an apologetic note from TfL saying a site bug had resulted in some tours being oversubscribed, and they'd be in touch to arrange a substitute date instead. They called on Friday afternoon, and initially offered something else in June; I countered, wondering if they might have something on July 3 instead. And so, I've wound up with precisely the ticket I thought I'd originally bought. =:D

Here's a beautiful, though bittersweet, love story in a fifteen page comic: Where the Stars Shine Brightest, by Salkitten. (Risqué in one spot, but otherwise safe)

It's not a furry music video as such, but, it was apparently the background to the FinFur Animus 2015 dance parties. ^_^ (Info on the con over here) 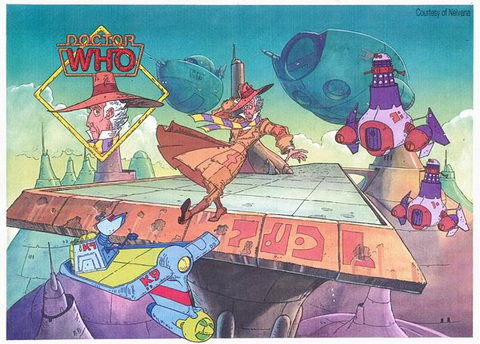 Did you know there was almost a 1990s cartoon series of Doctor Who, produced by Nelvana? Sadly, nothing came of it - supposedly, another bid came in and detracted from the attention given here, with it all petering out.

If you enjoy Star Trek, you might derive much geeky delight from this comparison of ST:TMP script revisions that

jenndolari's compiled. It's presented as a tall webpage of seven columns, one for each revision noted, going through the progression of the film - as you might expect, in some versions, particular scenes don't appear at all, or with significant differences. I was tickled to see one story treatment tagged as "First draft script ostensibly written for the new Star Trek Series, Star Trek II, but, known only to the core production staff, was written as the rough draft for a Star Trek movie."

I found horseradish! The actual root! Not wild, but, over in Waitrose. Wow - it's as much fun an ingredient as I recall! Damn, I wish this weren't labeled as a seasonal special. Stil, it'll be loads of fun in stir fries and more while it lasts. =:9

Watched the season opener of MLP, and.. erf, that was an awkward one. Such concepts of enforced similarity can certainly work as a literary instrument, as with Harrison Bergeron, but with that lack of subtlety, it came rather close to painting egalitarianism as identical to such enforced lack of differentiation. Still, it certainly had its moments, such as Phlegmatic Pinkie, Fluttershy realising joining the adventure might not be such a bad idea, or the balloon binoculars. =:)

Ah well - looks like the Fursuit mailing list just got wound up, going by the auto-unsub I received. (And yep, it's confirmed on the site) It had a pretty good run of things, given it was born around 1992, the result of a discussion Malin, Frang, and I were having whilst waiting for a Timberwolves game to begin - Frang was talking about a program he'd written to help calculate the weights required along a fursuit tail in order to afford it some realistic swishiness, purely passively. I wound up thinking it'd be really helpful to have a venue to be able to share thoughts and plans like that, and so,

jayblanc - well, looks like we made the wrong choice as far as food quality goes, on visiting the World's End, but I suppose it had to be done: a pint of the World's End, at the World's End, before seeing The World's End. =:) The Camden Eye, across the road, offers some seriously nice woodfired pizzas, and a good selection of ales - and even a "secret" nook, so whilst it was heaving downstairs, I was all but alone, watching half the the world pass by. Most relaxing. ^_^

That was an unusual moment, on Saturday afternoon's rabbiteering - rather wish I had a headcam operating. =:) There'd been some unusually prolonged chasing going on, with them eventually diving into a corner of the field I can't see, but close to me. A minute or so later, the chased bun comes wandering along, in no particular hurry, and ambles right past me - maybe only 5' away from me! It was only when I turned around to start taking shots that they had their #ohshit moment, and started hurrying away. Actually quite a good day, overall - they were quite active, with one or two couples in evidence, though the tinybuns did unfortunately remain close to the hedgerow at the other end of the field, and no binkying. Of course, you can never tell, from one day to another, what the activity level's going to be like.

Does anyone know the ways of wild foxes well? I'm a touch more familiar with leporines. ^_^; I noticed this guy early on on Tuesday afternoon, sauntering fairly normally through my original rabbiteering spot (thankfully, with no ill effects), and thought nothing more of it, until I noticed them in the next field (well, more of a strip of land, now being turned into something), but staying put. I know rabbits are sometimes given to just chilling out - are foxes similarly minded? It just felt quite odd, to see the same fox in almost the same spot for over an hour. (BTW, how does this 800 pixel width work for everyone? I'm hoping it's small enough not to break the width of anyone's journals)