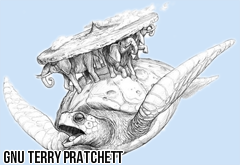 I want to expand a specific playlist on my iPad: Bounce. Its debut members are:

If you can grok that - I'd love to hear your recommendations. ^_^ I'm after energetic tracks, but not repetitious. Bright, bouncy, fun, but not vapid. And no, this doesn't mean I've watched Channel Four's degeneration but from afar, in the form of a thousand variants of Big Brother.

Ebbe Altberg, head cheese of Linden Lab, gave a keynote speech recently, with some interesting tidbits on their next generation VW under development, including:

- Fully articulated hands and faces is a goal
- non human form avies, skeletal systems will be flexible and maybe customizable
- Our goal is for users to maintain their identity moving to the new platform. You will be recognizable.
- Our business model today prevents people from starting because of set up costs
- The cost of land will come down, but sales tax will go up

I'm encouraged. I'd very much like to maintain my current av, or something similar - the Kani's hardly the latest and greatest bun around, but it's become something of a part of my furry identity. And it's very good to see him admit that the current sim costs do dispel a lot of potential activity, especially where it's not inherently geared toward making a profit, such as AM Radio's artwork installations.

A compo one or two folk I know might be interested in: win a BD player and Studio Ghibli's full back catalogue. =:D Note that you can, unlike most competitions, enter multiple times - once per day. 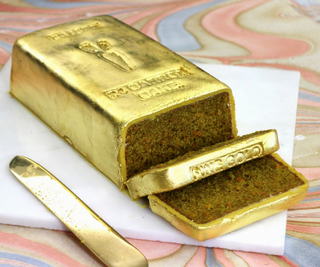 It does appear to not be a hoax, going by this posting - apparently, FurAffinity is now owned by IMVU (official forum thread here), makers of a 3D chat application. O.o; I have to say, I don't follow the logic of such an acquisition - such deals are brokered for a reason, whether that's IP, key staff, exclusivity or priority rights to a product, or simply the profits. Here, though? Where's the benefit to IMVU? Ah, a moot point for me, in any event - I gave up on FurAffinity years ago, when they began jerking around with the rules, beginning with banning SL photography (whilst, of course, being entirely fine with RL snaps of cars, guns, knives, feet, or just about anything).

I absolutely approve of this 24 Carrot Cake. =:D

A nicely positive article: Why I'm Optimistic about Gender Equality in Tech. Whilst I'm not sure I'm quite as optimistic, perhaps I ought to have a more positive outlook; we have, at least, progressed from the position of Emmy Noether, under-recognised even now, and of whom was said "In the realm of algebra, in which the most gifted mathematicians have been busy for centuries, she discovered methods which have proved of enormous importance in the development of the present-day younger generation of mathematicians." and "Miss Noether is... the greatest woman mathematician who has ever lived; and the greatest woman scientist of any sort now living, and a scholar at least on the plane of Madame Curie." (Albert Einstein and Norbert Wiener respectively)

The new £1 coin was unveiled, going into circulation in 2017. It'll be 12-sided, like the old threepenny, with the front design depicting the leek, thistle, shamrock and rose circled by a royal coronet.

Now here's rather a nifty little personality test.. it's run by IBM's Watson. =:D Give it at least 100 words (there's a counter beneath the text field), and it'll offer percentages under a variety of categories, including Openness, Conscientiousness, Extraversion, Agreeableness, and Emotional Range. Of course, it can only work on what you give it, but you might be surprised at the level of insight.

A rather fun furry Kindle title is temporarily free: Internshipping, by Lex Rovi. It's easily worth grabbing for free! ^_^ (Amazon US, Amazon UK) 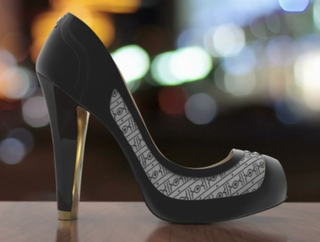 If you're in the market for something like a GoPro, there's some interesting competition coming from China, in the form of the Xiaomi Yi Action Camera. It sells for $64 there, half the price of the GoPro Hero, and sports 1080p at 60fps, and a maximum of 64GB, versus 1080p at 30fps and a max of 32GB. And there's an optional cat harness. =:)

Now, I should note this is equally revolting and fascinating - don't click unless you mean to. Paul Williams tells the photographic tale of the 10 foot tapeworm and the three bears.

Rather fun - a shoe, the Volvorii Timeless with e-paper side panels, so you can freely change the design shown to any pattern, or indeed, solid black or white.

A rather nice waves simulator running in your browser, involving no textures - it's all rendered on the fly. Good performance, too - I get the nominal 60fps available on Hazel, and 20fps on the iPad Air.

I am indebted to

austin_dern for informing me of the existence of a German word for people who urinate in public: the quite beautifully melodic Wildpinkler - apparently becoming something of an issue in St Pauli, Hamburg. Apparently, it's enough of a hassle that a local group has taken to painting two nightclubs with an especially hydrophobic paint, so those relieving themselves get to enjoy it themselves. (Why would someone even do that in the first place? Don't these clubs have toilets?)

A long shot, but.. does anyone have a high quality copy of the video for Touch & Go's "Straight.. to Number One" (Duck's Radio Mix)? In the meantime, I've found a slightly better quality copy of the video, bought the track, and merged them carefully - but still, I'd love to buy an HD version. ^_^ I've sent the group an enquiry, so maybe that'll yield some results as well.

It's that time of year, when some buns take a particular interest in other buns.. usually with not a great deal of reciprocation of the enthusiasm. Here, the grey had been gradually edging closer to the black bun over the course of a couple minutes, before getting close enough to warrant a response. The hint was taken. =:)