Watching "Brave" again reminded me just how much I enjoy the film. ^_^ It's difficult not to sympathise with a protagonist struggling to become who they really are, ne? (And I was tickled by the roomie's acceptance of watching an episode of MLP. I randomly opted for Daring Don't - maybe not the best, but a good introduction. Maybe he'll be okay with the occasional further episode? I'd love to share them)

Meanwhile, the first concept art's been coming out of Disney's next animated feature, Zootopia - thoroughly and completely furry. And apparently with some leporine representation. =:D

Thinking cinematically: what films do you enjoy, and consider to be good, yet wind up with mediocre ratings on IMDb? For me, top of that list would have to be Tank Girl. I had great hesitation when I heard there was going to be a film of Tank Girl - how could anyone manage it, let alone with studio execs having their pawprints all over it? Yet, there it is! Maybe not quite as loopy as the comics (and I still can't fathom why they made Booga.. well, that way), but definitely embodying their nature regardless. Great casting, too, with Lori Petty filling the star role fairly much perfectly, and Malcolm McDowell in full-on form. ^_^ On IMDb? 5.2.

I must again recommend the four-part BBC documentary, "The Mekong River with Sue Perkins". It's quite breathtaking just how much ground they covered, in every sense, with encounters ranging from tagging along with a wildlife defense unit in Cambodia, to being escorted around the site of the hugely controversial Xayaburi dam in Laos, financed by a Thai energy company, which will receive 95% of the electricity produced, with potentially devastating consequences for the lives of those depending on the Mekong downstream for their livelihoods. They don't shy away from considering the potential benefits and repercussions, there, or in considering restaurants serving "bush meat" such as mouse deer. It's not always an easy journey, by any means, but thoughtfully produced, with a highly personable host (whom, I admit, I'd only heard of before from her stint on "The World's Most Dangerous Roads", where she followed the course of the Ho Chi Minh trail, even now with trees nearby occasionally painted with yellow or red rings, noting whether you're in danger or extreme danger), and of course, gorgeously filmed. Of course, in true industry style, there's no way whatsoever to obtain it legally - no Blu-Rays, DVDs, or iTunes presence. However, if you have a Usenet provider, you can download the appropriate NZBs from over here. The same, sadly, is true of The World's Most Dangerous Roads, which is a similarly thoughtful production.

An interesting proposal: backing up the Internet Archive.

A slightly more worrisome prospect: a remake of The Rats of NIMH, to be realised as a live action/CGI hybrid, adapted by one of the Ice Age series writers, Michael Berg. (Perhaps more intriguingly, I see Diablo Cody, writer of Juno, is writing the next draft of a live action Barbie)

Hm. Shows how often I link to them.. a few years back, I ran into problems posting an entry, with LJ declaring it to be spam. I recalled it wound up being something daft like a particular, quite mainstream, domain being blacklisted - include a link to it, and you won't be able to post that entry. And lo, I encountered that again with this: apparently, deadline . com is blacklisted, for some odd reason. (Nope, you can't even mention its domain!) I've raised a support ticket, noting the specific problem. =:/

rav_bunneh is drawing, and being very silly whilst doing so. =:)

Looking back on my last entry, I need to update my memory. =:P For some reason, when I selected the output format for that panorama rendering, I only took notice of PSB as being suitable, as neither JPEG nor TIFF are suitable for such a large (in dimensions, as well as file size) image. But, another option AutoPano offers is.. PNG! And yes, that indeed suffers none of those earlier formats' weaknesses, happily going well above 64k pixels on an edge. So, I think I'll be revisiting that project, reprocessing the original shots, and seeing what the new AutoPano Giga 4 beta's engine can do with it, before applying the title in the lower left, either with a simple blur around the border, or maybe a touch of content-aware fill. Should be interesting to see how well Pixelmator copes with a large image, else it'll be the Gimp.

Here, have a red kite. ^_^ Really happy with how the lighting worked out in that instant, highlighting their front edges perfectly, and with all the wings on show, so clearly, and in bright contrast. I'm tempted to add it to the site - I suspect it'd make a fairly amazing large format print, though I may well re-crop it, for perhaps a little more space on the left.

One snack I've been really warming to of late: a carrot, sliced into batons; a few sweet cherry tomatoes (Sainsbury's Vittorio are particularly good), halved; a good splot of oyster sauce; a bit of Dijon mustard. Carrots and oyster sauce go together surprisingly well, but any combination's appealing. Very low calorifically, nutritious, and definitely crunchy. =:D

If you like furry transformations, Addictive Science beckons. It's all very fluffy, entirely SFW, and a silly amount of fun. ^_^ You can join the strip pretty much anywhere - there's some degree of continuity, but by the end of each few-page story, everyone's more or less back to how they usually are. Not much bunnitude, regrettably, but much fennecking. 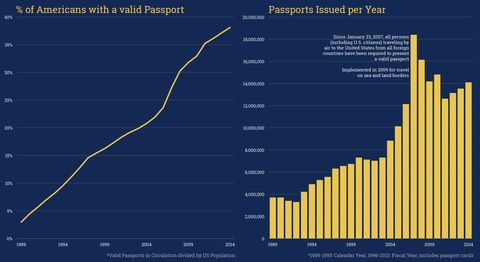 There's an awful lot of twaddle spoken about Apple, and prognostications thereon are very definitely no exception. So, if you really want to gain any kind of insight, you need to see what folks like Jason Snell have to think. All very undramatic, with no Register-style clickbait.

Here's a set of statistics that quite caught me by surprise. I'd been vaguely aware that, historically, Americans tended not to be overly interested in foreign travel (other than military) - but to see just how low the percentages were even just a couple decades ago struck me.

The Night My Girlfriend Dissociated and Forgot Who I Was, a harrowing insight into dissociative identity disorder. "And while it was her building we were entering, this too was unfamiliar in her current state of mind. Although she was able to identify that she was dissociating, she had no idea how she got here."

This discussion on interview techniques from Hacker News, in response to this posting, is worth a few moments of your time. Some interesting points raised, definitely, including useful responses to the old chestnut, "Do you have any questions for me?" at the end, if you don't in fact have anything specific in mind that you haven't already researched and found the answer to beforehand.

Here's a potentially interesting subreddit: Mad Science. Tragically, it's all but dead.

And how about a pizza? =:D It began life as a humble Pizza Express "Simple Pepperoni" 10" from the local Kwik-E-Mart, marked down to half price. First thing, of course, was to bump up the herbs: rosemary, oregano, a nice drizzle of garlic purée, some Tallicherry pepper, and a good sprinkle of Berbere spice mix, followed by several cherry tomatoes sliced into thirds, to ensure a good, fresh tomato nature. Into the oven, and topped with some cheap shrimp a couple minutes before it was all done. It was.. good. =:9