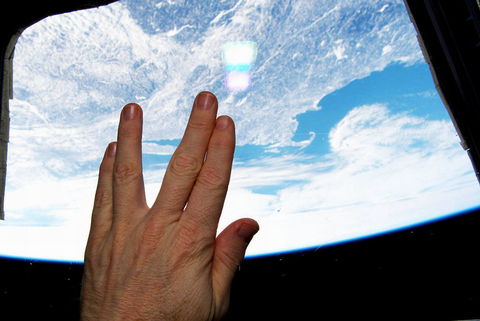 Here's a fairly unique photographic opportunity: shortly, Crossrail will be opening up several of their construction sites to the public, over the weekend of March 6/7. It will be ticketed (but free), so it seems you'll have to keep an eye on their Eventbrite page to find out when those'll become available. [Edit: the tickets are now available!]

I was rather pleased to find the roomie also enjoyed Jupiter Ascending. ^_^ Our tastes are fairly substantially different, though there's enough overlap to enjoy TV like Orange is the New Black, or Black Sails. (He's very uncomfortable with anything he perceives as "slow", so Extant's lost him) We agreed the film could have born a little more of a look into the world and civilisations of the commercial empire, but accepted it probably had to be that way simply through a need to keep the running time contained. I'd be very interested to see what didn't make it into the final cut, though - with any luck, there'll be a good suite of extras available, preferably on iTunes, but I'd buy a Blu-Ray if necessary (I don't like physical media. It's wasteful, as I'll only ever rip it once, leaving the disc to gather dust. With comics, I can heft thousands around with me routinely, digitally, and they'll always be with me, or at least available, wherever I am on the planet)

Is it unusual to feel uncomfortable with stretched video? I'll see it now and then in shops or bars, where something made in 4:3 is just tugged outward to "fit" 16:9, or sometimes with that equally odd scheme a lot of TVs offer, where the central portion is more or less correct, and the image is increasingly stretched as it heads toward the left and right edges of the TV. I mention it as the BBC's recently begun offering a classic documentary series, The World at War, on iPlayer - but, unfathomably, it seems they've done exactly that. It was, of course, produced in 4:3 back in 1973 - but it's been encoded at a frame size of 832x468, leaving it all squished out. Whyyyyyy?

Ah-hah! I see ImageMagick is amongst the vanishingly small number of applications not called Photoshop that can handle PSB files. Think I'll be giving it a try on that cityscape panorama.. whilst few image formats seem capable of large files (in terms of either file size, or image dimensions), JPEG-2000 looks easily up to the task. (I'd also wondered just how big the file was, as JPEG appears to top out at 4GB, and 64k x 64k. Answer: 18GB. ^_^ I may well try reshooting it at some point, anyway - I now have a 1.4TC and a sensor that adds about as much again, so I could wind up with about a doubling of resolution along each axis. For no particular reason, of course, other than it can be done. =:)

Well, poop. It grinds away for a while, then gives a nicely helpful "Abort trap: 6", leaving me with a null size output file. =:/ But! Consulting with the mages suggests it's actually the JPEG-2000 library at fault, not ImageMagick - converting it to PNG worked perfectly. =:D And it's only a bit over 3GB, too. ^_^ That said, given the original shoot was with just the D90 and 300mm, I'm quite inclined to try catching the right day with the D7100 and 300mm + TC14E, which would spell a doubling along each axis. =:D

So, I finally took advantage of LensesForHire's 50% February discount, and booked a Nikkor 200-400mm f/4 for June. The rabbiteering weather ought to be good by then - or maybe I'll be able to get along to Skomer? We'll see. So much is up in the air, at the moment. ^_^

Ah, the joy of cheese. ^_^ The roomie made roast lamb for dinner, so I sort of helped out with a cheese selection afterward: raw milk Appenzeller and 24mo. Comté, a rather nicely robust Cheddar, and a fabulously daffy "carrot cake Wensleydale", which actually works, unbelievably. =:D
Collapse