On Saturday, I returned from a very welcome visit down to my mother's place. ^_^ On Christmas Eve, we went on the shopping run for Christmas dinner, which was quite a fine meal: a hefty turkey crown as the star, accompanied by Maris Piper potatoes with goose fat, parsnips with salted caramel, brussels, carrots, and pigs in blankets. The stuffing was a basic garlic & herb affair from a packet, elevated by some mashed up shiitake blended into it; would've been even better had I remembered to serve it.. but then, I am a bunny of very little brain. Still - I'm very pleased how well it all worked out. I'm very much unaccustomed to roasts of any kind, as far as cooking them goes, so I had to trust in the cooking guidelines on everything, which actually more or less worked out, though the potatoes wound up wanting rather more time. It was all good in the end, and Doctor Who, later in the day, was as good as it's been in a while - Nick Frost was indeed quite an inspired example of casting. =:D BTW, Radio Times also came out with a matching retro poster for Last Christmas. (Full size over here)

It also meant winding up watching this curious beast: "broadcast TV" - egad, but the demographics for the Food Network at night must be pretty funky, given the advertising is split between frozen foods, perfumes, and lots of casino apps. Still, Mystery Diners was interesting, though it's produced to a strict formula of introduction to the owners, their concerns, the layout of the cameras on a 3D floor plan, witnessing the deeds, the denouement, and the outcome. Fascinating nonetheless to see the comeuppance wind up almost identically in nearly every case, with the malefactor loudly protesting they did nothing wrong, even with an arsenal of video and audio footage against them (eg buying carp at half the price of Chilean sea bass, and pocketing the difference, or handing out free drinks and appetisers, then pocketing the entire tab, and blaming it on the trainee). But then, the biggest swindlers favor elected positions, where such unremitting arrogance is a virtue. It's rather an odd-feeling show, overall, though - some "incidents" are really quite petty (eg one pizza delivery cyclist was almost knocked over by a driver pulling out from a parking spot, which was blamed squarely on the cyclist), let alone the creepiness of adding pervasive surveillance to a workplace.

And then, on Yesterday, "The Beauty of Map-Making" showed me quite an awe-inspiring tome: the Klencke Atlas, made in 1660 for Charles II's restoration. It's grand without compare, standing 5'9" tall, and when opened, 6'3" wide. Remember, this is a book - lavishly produced, of course, aimed at currying royal favor. It now resides, sadly normally closed and behind glass, in the British Library.

Mercifully, tethering worked fine. I don't think the cellco approves of it for that plan, but still, if I'm paying for 10GB/mo, I'd hope they won't mind where the data's going. =:/ iOS 8 and Yosemite worked beautifully - just a matter of selecting my iPad from the WiFi menubar pulldown, and done.

Yay, new artwork! =:D A sketch by /u/RatBallsSenpai, and a finished chibi piece by /u/screammealullaby. Both entirely free, for which I am duly grateful. ^_^

rigelkitty's an old hand at crafting nifty sets, but his December 2014 PCD Mix might rank as my favorite of his so far. ^_^

I see another aircraft was lost - this time an AirAsia A320-200, operating flight QZ 8501 from Surabaya to Singapore, with contact lost after the crew had begun deviating around bad weather, following a track followed a few minutes previously by another flight. No distress signals were sent. As ever, the best resources for information are the Aviation Herald and PPruNe. Little information is currently known, beyond a request to climb from 32,000' to 38,000', and a seemingly low ground speed of around 350 knots during the climb; this request was initially denied, and partially approved a couple minutes later, to 34,000 - by this point, contact had been lost. If there's any positive aspect to this, it's that the sea around the probable crash location is very shallow, only extending down to around 100m. Indeed, initial reports are that three bodies have been located, and are now on board the Indonesian warship Bung Tomo. Weather permitting, they'll be using floodlights to continue the operation overnight, with divers joining tomorrow. They've also apparently located the wreckage of the fuselage at the floor of the Java Sea, about 97-100nm southwest of Pangkalan Bun - broken up, but recognisable.

Here's a nifty little selection of photos of miniatures used in the production of The Grand Budapest Hotel. Impressive work. =:D

Of some potential interest to quite a few furs I know: a recent Radio 4 production, Just a Girl, in five episodes, 15 mins each, brought to my attention by

davesmusictank. "A very ordinary family has come to terms with the less ordinary experience of Amy who was born as Ben. Adamant that she is a girl from an early age, Amy is growing up fast and nervous about starting senior school, with a boy's body. Her parents, Gary and Charlotte, have to help decide whether she should take significant steps to delay puberty until she can be fully assessed for transgender treatment. The right thing to do is not clear, and their different views on what is best for their child present some very difficult choices. Granddad Ted loves them all but struggles to grasp how serious the situation is. At the same time, everyday family life goes on, and re-decorating Amy's bedroom brings her and her Granddad closer." As I recall, BBC radio productions aren't geolocked, so anyone should be able to listen to it, or indeed, use get_iplayer to download the episodes, until they fall off the servers in mid-January 2015. 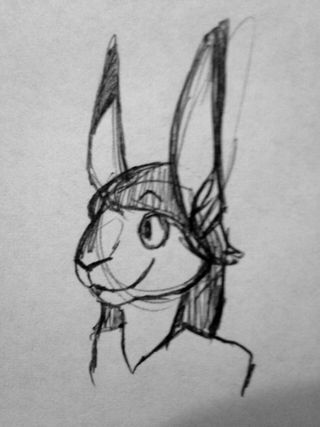 Why isn't something like Citroen's old C-matic the norm by now? It operated just like a manual gearbox, just without a clutch - so you retained full control over the selected gear, without the bureaucracy of a clutch pedal. (And their old hydraulic suspension system! Damn, that worked well. You could load the car down, and the system would simply rebalance the pressures, leaving it still perfectly level, not sagging under the weight. Very handy for treacherously rocky minor roads, too - just crank the height up, and suddenly you had safe ground clearance to work with. And once powered down, it was impossible to clamp them.. =:) (Likewise, a pain if you need a tow truck)

I was interested to notice that Jeremy Lloyd, writer of 'Allo 'Allo and Are You Being Served, who recently died at 84, also put in a stint as a writer for Rowan & Martin's Laugh-In, and even appeared as well.

I'll take this opportunity, too, for a (tiny) bit of a 2014 retrospective - though, TBH, there isn't a huge deal to be said. One gig began and, unfortunately, concluded earlier than anticipated, through a lack of funding. It was, nonetheless, something that stretched my boundaries, with an intense immersion in H.265 land, and the myriad subtleties that set apart one encoder from another. A tiny part of its psychovisual model now reflects my perceptions. ^_^;

It was also the year I began making a move toward professional wildlife photography, with the launch - at long last - of my photography site, Lapinity. I'd almost launched back in 2011, with the first draft of that initial selection of photos ready to roll and proofed back in April 2011, with all the processing performed back in Gareth's apartment in North Beach. I wish he could've seen the real launch, but, he knew very well how much photography means to me, especially wildlife.

And when I received an impartial nod toward my work's worth, with Momentary being selected as a semi-finalist in the 2014 Windland Smith Rice Awards. From some 25,000 entries, they select a few hundred semi-finalists. Whilst it doesn't appear I prevailed in championing leporine life to a much broader audience this time around, it was, of course, a tremendous thrill to be selected for the second round nonetheless.

I may have begun to understand a bit more about myself, in part thanks to the wonderful 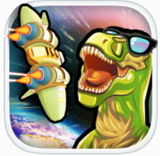 A game of note: Ace Ferrara and the Dino Menace is temporarily free, as the developer's agreement with their original publisher ended, and through some quirk of the iTunes Store, it's effectively now a new listing, as happened with Arranger. If you already own it, grab it now, as this is the one that'll be updated in the future; and if you don't, give it a try!

On the Kickstarter front, I saw a roboteddybear finally ship; my name in lights at Ilosaarirock 2014, having helped make Studio Killers transition from being a purely virtual band into an RL act; a French anime develop into a fully-fledged multilingual BD release; a steampunk Western short, Cowboys and Engines, is teetering on the brink of release; the long-awaited sequel to a pioneering spacefaring game was launched; a documentary on an orchestra whose instruments are all fashioned out of recycled and reclaimed materials is approaching the festival circuit; a website dedicated to highlighting perfect shots in cinema, with the goodies including a Tank Girl poster signed by the director; and more. Crowdfunding absolutely has its hitches - but for helping make possible projects that simply wouldn't happen any other way, it's pretty damned amazing.

I am inordinately proud of my new wok. ^_^ Well, "wok" - it's the usual kind of adaptation for a flat top stove, but it'll serve the purpose well. My old one had been.. well, showing its wear rather heavily, with the base's non-stick coating buried beneath much carbon, and distorted gently into more of a convex shape, thus not making great contact with the (halogen) hob surface. This one, though.. not only a bit larger, but most significantly, ceramic coated, so an absolute doddle to clean. I didn't really need to spend £15, but, for something of that quality, it felt like a good buy - and it is something I use pretty much every day. (Speaking of ceramics, has anyone had experience with ceramic kitchen knives? I'm attracted by their nigh endless sharpness, which'd be ideal for vegetables like leeks and tomatoes, or mushrooms)

I did like the note on the latest Ocado app update: "If you have a device with Touch ID, and you have a finger, you can now check out with your fingerprint."

Wag the Dog - you see the danger of intending to get around to something? I've finally watched this, only some 17 years after its release. ^_^; Brilliant work indeed, reminiscent of the sublime beauty of the BBC's Absolute Power, starring John Bird and Stephen Fry as the heads of a PR agency, tasked with seemingly impossible turnarounds, yet always managing to execute them effectively, and disturbingly plausibly.

The Book of Life - a recent Guillermo del Toro production, with an animation style that didn't cowtow to the usual Pixar norms, but instead, felt more like something Laika (Boxtrolls, ParaNorman, Nightmare Before Christmas) might produce, were they a CGI house. Engaging characters from the outset, sharp writing - I'm impressed. Highly recommended. I'll be looking forward to seeing what kind of goodies they add to the iTunes/BluRay release.

Maleficent - good grief. I'd missed this on its cinematic release, only catching it now. I'd had hope for it early on, but it's so difficult to tell from a trailer - but ye gods and little fishes, but Angelina Jolie put such extraordinary energy and vitality into the role, accompanied by a script which brought around quite a different angle to the story we're all familiar with. It's rare a star genuinely steals the show, but here it is so. Quite beautiful, in an overarching gothic manner.
Collapse