If you're looking to buy a new hard drive or two, check out Backblaze's Sep 2014 report. As they use a large number of various brand and size drives, they're able to put together meaningful data on failure rates. The big loser this time around? Seagate. (Also interesting: "enterprise" drives fare no better, with "consumer" drives actually marginally better)

Whilst nosing around iTunes the other night, I happened upon one film I might have to watch sometime: Spinning Plates, "an award winning documentary about three extraordinary restaurants and the incredible people who bring them to life. A world-renowned chef competes for the ultimate restaurant prize in Chicago, while privately battling a life-threatening condition. A 150-year-old restaurant in Iowa is still standing only because of an unbreakable bond with the community. And a fledgling Mexican restaurant in Tucson struggles as its owners risk everything to survive and provide for their young daughter. Their unforgettable stories of family, legacy, passion and survival come together to reveal how meaningful food can be, and the power it has to connect us to one another." A trailer can be found over here. 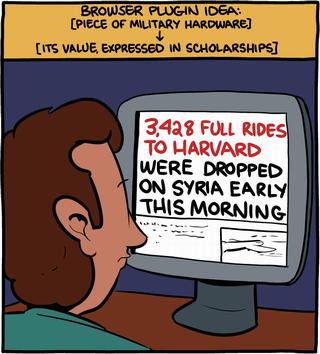 I must apologise to Zack Weinersmith for posting tomorrow's SMBC, but if I don't include it in today's entry, it may lie restive as a vengeful presence.

Just received the HD video file of Studio Killers' superb performance at Ilosaarirock - and indeed, there's my name, at about 55m40s. ^_^ I'm very pleased to've helped make that concert happen - looks like it was an amazing time indeed. I hope they have many further albums to come yet. ^_^ (Any suggestions for other bands to consider, in that kind of.. electropop? Doesn't really describe them very well)

Most curious Yosemite (build 14A361c) beta bug so far? Xcode appears, in an alphabetically sorted Finder window, between HandBrakeCLI and Image Capture. I'd love to find out how the programmer responsible managed that. =:D I'd guess it could be something to do with the way sorting isn't quite as simple as it might seem, once you start taking accents into account, which affect the UTF values, but not those characters' meaning for the purpose of sorting. Still, you can imagine my confusion on trying to find the new version of Xcode by scrolling down to the bottom, finding it instead by clicking on its Dock icon and selecting "Show in Finder". I was wondering if the culprit might be an Icelandic revolutionary wanting to rename it Þcode, but apparently, that would place it after Z.

If I were more of an OS X developer, I'd be all over CocoaConf's recently announced Yosemite developer conference - about OS X Yosemite, held in Yosemite. =:D "We won’t be sitting in a conference room all day — not with the beauty of Yosemite right outside the door! Each day will include extended breaks to get out and enjoy the park. We will offer some organized activities, such as guided hikes or a photo walk with James Duncan Davidson. Or you can just get together with friends and explore!" (That said, I think I find iOS 8 more interesting a platform, cool as OS X Yosemite is. Maybe an alternative LJ client? I know I'd enjoy being able to strip out those eyesore Twitter regurgitations. It could feature a split window for replying, so if you're composing a reply for some stupidly long LJ entry, you'd be able to go through that entry and still have your reply right there. Oh, and support for the newer LJ styles, which fail poorly if a DDoS hits - the older styles leave the text field copyable, whilst the default newer one doesn't. Any theoretical app would have to ensure it never, ever lost any reply you've entered - and in reply to private messages, too. If you run into a Varnish failure there, you don't even get to be able to return to the text entry field at all)

As for the iPhone 6, here's DisplayMate's report on the display, in as much detail as you could ever wish for - color gamut coverage, color accuracy, brightness, and much more.

Phone cameras have progressed fairly tremendously in the past few years. Here's a comparison of a variety of styles of scenery, taken with all models of iPhone from the original to the latest. Full size originals of every shot are available, but the comparisons are usually fairly obvious. And video, of course, has made great strides - indeed, the first models couldn't take video at all, whilst the 6 can manage 240fps at 720p.


Kitchen Nightmares US is coming to an end - but, the good news is that he's wrapping it up with another, final, UK season! Only four episodes, as with the originals, but it'll be a positive delight to have him back in full force, rather than the dreadfully muted, thoroughly sanitised US version. Lo, "Ramsay's Costa del Nightmares" began airing on Tuesday night on Channel 4, in the curious slot of 11.30pm. And ye gods and little fishes, but Gordon earned his fee on that one.. as ever, I'm impressed by his passion for not only setting the business straight, but trying to fix the problems that led them there, often of a blindingly obvious, and inevitably personal nature. Anyone could've told them their problems - they were all aware of them - but it required that kind of intervention to actually bring about the changes required. Hopefully, the level of debt they're in won't sink them, and they'll be left to raise themselves back up, and ultimately, enjoy the rewards of success.

A Kickstarter with a bit of a difference: Numb, a theatrical play about "the ecstasy and limits of pain relief told through the history of anesthesiology", to be performed in New Orleans. 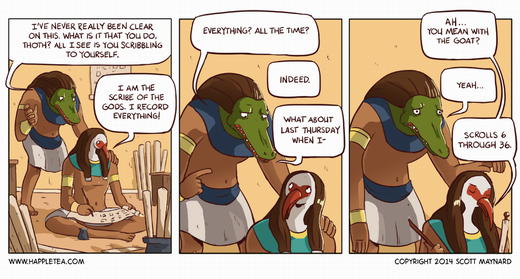 A comic to try: Gamercat. Think VG Cats, but with rather less shock value, more fun. ^_^ (And a cute nod to MLP..)

I get the feeling

For anyone wondering, my photography workflow is simple - just Aperture. ^_^ I'll occasionally resort to DxO Optics Pro 8, but that's relatively unusual; and AutoPano Giga only kicks in with panoramas, of which I admit I've offered rather few lately. I'll see if I can fix that, as there's one nearby spot in particular I'd very much like to capture well. (Actually, I might even be able to work with what I already have, on that front, with APG, if I can convince it that the soft foreground images do indeed belong with the rest of it)

Here's a series of portraits easily worth a minute or two of your time. Portrait photographer Sandro Miller apparently wanted to have some fun, and pay homage to the photographers who inspired him. So, with the assistance of John Malkovich, they set about recreating some of the most iconic photographs of the 20th Century. They're all top notch, whilst some are positively uncanny. =:D (Ernest Hemingway comes off perhaps the best of all) The whole series is a positive testament to the talent of all involved.

If you were tempted by the prospect of the collected Mullein Fields, as I mentioned previously, but weren't quite sure about the necessity of paper, I'm delighted to note that there is a digital option available, over here, courtesy of Gumroad, where all the PDFs are plain and the payments have nothing to do with PayPal. ^_^ The entire run, yours for a mere $6, as a plain PDF!


I'm not usually hot on Cyanide & Happiness, given its nature is inherently cynical, yet this strip on "The Creator's Curse" easily deserves to be seen by anyone who's ever engaged in any form of creativity. So very, very true.. =:/

Of (very) geeky interest only, an insight into why the Z-80's data bus pins were laid out so oddly. It's much more complex than you might expect, and very cunning! And from the comments, one tidbit caught my eye: "Instead of incrementing the program counter on each instruction (like every normal processor), they saved a few gates by using a linear feedback shift register. The result is the program counter goes through a pseudo-random but predictable sequence. So they just program the code into the ROM in the same sequence and everything works just fine. (Some day I'll write a blog post about this, since it's interesting to look at the silicon that does this.)" (And what's this about a TV show about an 80s computer startup, "Halt and Catch Fire"? How was it?)

I admit, I wasn't impressed by the speech recently given by David Miliband, leader of the Conservative Party, who merely restated his solidarity with austerity, whatever the costs to workers. He also came precariously close to exhausting the UK's political platitudes reserves. Thankfully, there's a ready supply available from Washington. Let's take goal 5 as stated: "The challenge: The number of workers on low pay now stands at over five million - a fifth of all employees - with half of all people in poverty now living in working households. The proportion of UK workers who are low paid is one of the worst in the developed world – 25th out of a league table of 30 OECD countries." - a noble goal. But.. Labour were the ones who came up with the wonderful wheeze of a runaround against minimum wage legislation, in the form of workfare, whereby Jobseeker's Allowance claimants may face a non-choice of being sanctioned for four weeks, or taking up a career in shelf-stacking or suchlike, in exchange for.. their benefits, not even half minimum wage. Better yet, those wretched companies - and there are many of them, with the flagships being Tesco and Asda - even get paid for this. Similarly, Labour brought about the wonders of zero-hours contracts, wherein you're technically employed, and thereby unable to claim, but you also may get paid nothing some weeks, per the whims of the "employer".