Yesterday, I was all ready to pick up the lens today, when I noticed something.. now, I'm aware it's a heavy lens, at over 5kg, much of that toward the front. Still, handlable, if not really handholdable. Then, on its page on the rental company's site, I saw "Packed weight: 15kg". Erk. Add in the tripod and mount as well, and that'd be 20kg I'd be trying to heft around back onto the bus. Cue quick arranging of courier for delivery and collection. ^_^; Uncased, it'll be heavy, but it should be okay in the usual camera bag, albeit with about 9" poking out through the top. =:D

And here it is.. O.o; On the left, my usual go-to wildlife lens, the Nikkor 300mm f/4D - very sharp, relatively light at about 1.5kg, so it's easily handheld. Next, the Sigma 120-300mm f/2.8 - significantly heavier at about 3kg, but a stop brighter, plus stabilisation, making it ideal for weaker light. Then, the rental: the Sigma 300-800mm f/5.6. It's not quite as compact or as light, but with extraordinary reach, even without adding a teleconverter. (It does indeed "fit" in the usual camera bag, but given the others fit in just nicely, it means the top half is protruding through the top zip) Ye gods and little fishes, though, this will not be a nimble setup! With a lens of this size and weight, it's highly advisable to use a gimbal mount for easy movement of the lens, which adds bulk, and even getting the lens plus release plate onto the mount is necessarily a careful operation. But.. wow. Once it's set up, it's ridiculously fluid - just nudge the lens where you want to point, and it follows, effortlessly.

It is, undeniably, a cumbersome setup - tripod in its bag, the gimbal head in another, and the lens sticking out of the camera bag a little comedically. There's no subtle way of putting it all together, so it is basically a matter of getting everything together once in position, and then letting the wildlife return. True, with small sorts like buns, you'll still have to crop, even at 800mm, but - I think I can say it works. ^_^

Leading into the final days of the Studio Killers' Kickstarter, by Saturday, they were around £42k, of a £50k target, ending at 5pm on Monday - possible, but it'd take quite a bit of activity. Late on Sunday, the target was met, and by the time it wrapped up, the target had been left comfortably in the rear view mirror, with a final total of £55,176. Yay! 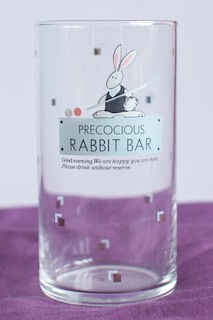 Here are some insights into how subtly, yet overtly, women are often either overlooked or outright ignored in conversations or meetings. "Solnit’s tipping point experience really did take the cake. She was talking to a man at a cocktail party when he asked her what she did. She replied that she wrote books, and she described her most recent one, River of Shadows: Eadweard Muybridge and the Technological Wild West. The man interrupted her soon after she said the word Muybridge and asked, “And have you heard about the very important Muybridge book that came out this year?” He then waxed on, based on his reading of a review of the book, not even the book itself, until finally a friend said, “That’s her book.” He ignored that friend (also a woman) and she had to say it more than three times before “he went ashen” and walked away."

Yay! Yosemite DP2 and iOS 8b2 appeared on Tuesday, fixing various minor bugs, including one which left the keyboard in Scrabble appearing weirdly offset at the top left of the display. Air Display doesn't seem to be wanting to play, though - a pity, as it's occasionally quite handy to turn the iPad into a second monitor for Hazel, spanning or mirroring. All in good time - the app's still being actively worked on, so I expect an update'll be forthcoming. And thankfully, LJ's playing nicely again with Safari - not that I've anything against Firefox, but too many browsers gets confusing to my simple mind.

Drink of the evening: a little caramel syrup (the kind typically used for espresso drinks), tiny bit of lime juice, a similarly tiny quantity of vanilla infusion (some cheap-ass spirit that's had some cut-up vanilla pod steeping for weeks - smells wonderful!), with the body provided by a very healthy shot or two of Chase vodka. (Quantities very approximate as I wasn't using a jigger, just pouring straight into a cute Precocious Rabbit Bar tumbler. ^_^ Which I hadn't reckoned on - but the friend who wound up sending my iPhone 5s along included a pair of them in the parcel. Yay! Such a great guy) So.. how about I call this a Precocious Rabbit? ^_^

On the new £1 design: I was quite surprised to realise the denomination is even a target for forgers, let alone quite so popular, with the Royal Mint claiming some 3% are fakes. As for the security measures incorporated, this StackExchange posting offers some likely options - probably luminescent particles embedded at differing heights of the metal.

Science can be wondrous to behold, in so many ways - and in the form of world-class telescopes, you get to behold some quite outstanding feats of engineering. Currently, the largest telescopes are the Gran Telescopio Canarias in the Canary Islands, and the Keck telescopes in Hawaii, effective apertures of 10.4m and 10m respectively. But, as we seek to peer ever further back into the Universe, we require larger mirrors. And so, construction has just begun on the new European Extremely Large Telescope (E-ELT), atop Cerro Armazones, a 3,060m mountaintop in Chile's Atacama desert. Its effective aperture? 39.3m, composed of 798 segments - that's a tremendous increase in light gathering ability. "The E-ELT will search for extrasolar planets — planets orbiting other stars. This will include not only the discovery of planets down to Earth-like masses through indirect measurements of the wobbling motion of stars perturbed by the planets that orbit them, but also the direct imaging of larger planets and possibly even the characterisation of their atmospheres."
Collapse