If you use Master of Malt for your whisky, rum, and other essentials, you may be pleased to know that DPD is an option for delivery, even though they often tend to use Parcelforce. In a response to a query on the matter, they replied that you can specify to use Interlink in your delivery instructions. Interlink now partner with DPD, offering the same one hour delivery window, confirmation by email and SMS, and even GPS tracking of the vehicle. =:D

I've long enjoyed Potato Otter's work, with this shiny kitty (NSFW) being a particular favorite. But, he hasn't been taking commissions in quite a while. At random, I thought I'd enquire anyway - and received a "yes". ^_^ Voilà!

Amongst my recent order with Master of Malt were two drams - a superb way of trying out spirits you might not be sure about, or can't afford as a full bottle. In this case, Professor Cornelius Ampleforth's Cold-Distilled Absinthe - reviews seemed very warm, suggesting it was very well balanced, and that the anise side wasn't overly pronounced - a good thing for me, as I'm not especially attracted to anise fundamentally. Part of what contributes to its cost is that it's vacuum distilled at room temperature, resulting in a near azeotropic mix of 91.2% ABV. And.. yes. It's probably unlike any spirit you've tried, due to that, but also the exquisite infusions. It's extraordinarily dry, but the alcohol vanishes fairly quickly, leaving such an elegant bouquet! It's quite absurd.

Preceding that, however, was a Scotch, distilled by BenRiach in 1971, maturing for 42 years. At £470 for a bottle, not quite something I could pick up on a whim. =:) But as a 3cl dram? Much easier. =:D Was it worth it? Oh, fsck yes. I shan't even attempt to describe or critique - I'm useless at that on any level. But there were so many levels of flavor, so many dimensions sprouting out every which way.. just amazing.

And apparently (wish I'd known about it!) last night there was an AMA from Goldie Foxx of Studio Killers. Don't suppose anyone has £4k they can spare to turn me into a Studio Killers character? =:D 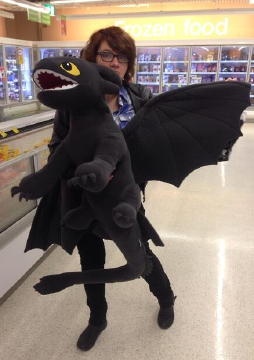 Is anyone interested in joining an order for a few of these rather amazing Toothless plush? They're being sold by Myer in Australia - with any luck, having them delivered together will save on postage costs. The catch? They only deliver within Australia. =:P

drhoz - any chance you could be persuaded into helping make this happen? (Of course, if anyone can find them for sale in the UK, even better!)

Does anyone know of a tool (application or browser plugin, say) for consolidating LJ tags? I'm at the limit of 4000, and there are, inveitably, a lot of near-duplicates, especially singular and plurals of the same word. I've found LJ tags to be quite handy in locating old entries for some specific thing, beyond even the abilities of the big search engines, so hitting the cap is a bit of a crimp in that regard.

Here's a good synopsis of the kinds of tax dodges multinationals use in Luxembourg, leading to such companies depriving the countries in which they actually trade of billions of pounds and euros in tax revenue.

I brought my mother up to the city for a weekend, a few weeks back, and introduced her to sushi. ^_^ Which went remarkably uneventfully! I'd been concerned she might not go for raw fish, but she attacked it happily. ^_^ Dinner, meanwhile, was at a place I'd picked out as being quite close to the hotel, and which had a very tempting menu, with an Argentinian chef offering some cool twists on classics. The lamb was as unutterably delicious as I've ever had, and perfectly cooked, whilst the dessert - well, with the chef's background, I could hardly decline an opportunity to try real dulce de leche for the first time. <3 We didn't, unfortunately, get to Kew Gardens as we'd hoped - time was running short to begin with, with nasty traffic making her arrival late, but we then boarded the wrong tube replacement bus, which took us (slowly - traffic was bad enough it took about eight minutes just to go down the off-ramp) directly to the end of the closed section of track, rather than all the stops as I'd expected. =:P So, having finally arrived at the hotel's stop in Chiswick (for anyone outside the UK, the pronunciation is "Chizzick", rhyming with "physic"), I thought a spot of lunch wouldn't be a bad idea - and having just said earlier on I could really go for sushi, we passed a sushi joint. No toro available that day, but the offerings were as good as I've known in the Bay. =:9 A real delight. The housemate finished his lunch off at an ice cream parlor down the road, with all manner of sinfully delicious offerings. Great stuff. It's always so good to see places really pouring passion into their cooking, and being rewarded by being packed out.

So, a few random observations on OS X Yosemite and iOS 8:

- Handoff is just downright nifty. Start typing an email on the iPad, and it's available to continue on Hazel. Browse a page on one device, and it's available to pick up on any other. Finally, handoffs are as effortlessly seamless as they should always have been!
- AirDrop is finally compatible between OS X and iOS. That's going to be quite handy.
- iOS 8b1 will regularly drop all comms, about daily, requiring a restart. Odd kind of bug, really - seems like something lower level. Still, so it goes - first beta, etc.
- the two apps that were nobbled - OmniWeb 6 and Tweebot for iPad - were both updated within a few days, leaving them frolicksome once more. ^_^ (Quite impressed in the case of OW especially, given it's just a hobby for the Omni Group these days)
- Very nice to see DuckDuckGo added to the search engine options in both versions of Safari. 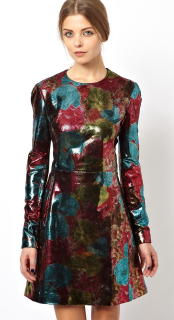 - I don't know if it's new in Yosemite, but I'm very happy to finally have an option to show the current scale in Maps. (Enable the option, and you're given a ruler at the lower left, which dynamically rescales as you zoom in or out) Never understood why that's absent in many mapping apps and sites.
- the latest release of LiveJournal's code breaks current WebKit and Yosemite's Safari, with fun highlights including no comments appearing in journals with "new" themes. This seems to be JavaScript-related, or possibly something cross-domain, as Firefox 29 shows the same behavior until scripting is permitted from livejournal.net.
- Mail remains flaky in its polling of new mail, significantly worse than with Mavericks. It's easy enough to work around, by either manually kicking off a polling, or restarting the application, but it really shouldn't be necessary.
- looks like photo importing isn't implemented yet. Inserting the SD Card/USB adapter and a card doesn't do anything - no error, no option to import.
- if past iOS betas are any gauge, updates may be posted about fortnightly; so, there could be a second beta arriving on Monday.

A free font: Intel's, which they call Clear Sans.

If you need more shininess in your life, how about this amazing offering? The patterning is indeed as wondrously multi-hued and shiny as in the photos, and feels as good as it looks. ^_^ (The only hitch? It's leather - and so, not terribly practical in the current warm weather..)

YouTube obscura of the day: the recording of the U.F.O. theme, takes 3-6. Everyone in one room, and that's the theme, done. =:D

One dish I'll have to try again! I was feeling in the mood for something a bit special, and went for some scallops. =:9 Tossed those in some Drambuie and pepper rub, along with a good handful or two of samphire. The bed for it all, meanwhile, was a cheap & cheerful salad mix with some rocket (arugula), a bit of mixed antipasti (grilled artichokes, sundried tomatoes, and olives), and a slice of Brunswick ham, sliced into short ribbons. The scallops and rocket went on top, and the cooking juices too. Really pretty good. ^_^ The samphire's not essential by any means - I'd just seen it in one of the local supermarkets, and having enjoyed it at one of my favorite pubs a few months back, wanted to try it again.

A couple months back, we had a project meeting - and, through serendipitous timing, Terry Gilliam was holding a chat about the then-just-opening Zero Theorem, over at the Regents Street Apple Store. I quickly reserved a place (given the Apple Store venues are fairly small, only seating some dozens of people), and turned up about half an hour early, thereby just managing to secure a seat. ^_^; Perhaps not surprisingly, he was as energetic and enthusiastic as he always seems. You can download the session off iTunes over here, free, as video or just the audio.

Here's quite a substantial list of free satellite resources of various kinds.

It's been a while since I saw anything from Woody Allen, and Friday a few weeks ago saw that spontaneously remedied, with Midnight in Paris. (Which, of course, led me to think of one fur in particular =:) There's.. so much to said for living in a metropolitan area. The expense isn't one of those attributes, but that's such a small fraction of the wonderment afforded. FSM knows, I loved living in San Francisco, even if only for a matter of months, beyond the longer periods down in Fremont and the nether reaches of San Jose. Sydney, Singapore, Kuala Lumpur, London.. just such vibrant places! Of course, there are compensations to being in the sticks, too, such as utter gems of country pubs, and fairly modest rents. But.. the rents in such locales tend to be high for some pretty good reasons. =:)
Collapse