A Kickstarter to consider: eight animated Scandinavia and the World shorts. =:D Perhaps not surprisingly, it's blown past its original £5,000 target by a few times already. And I'm delighted to note that the short film "Roxanne" has succeeded in its £10k target.

The trailer for Book of Life is worth a look. ^_^ The story itself might be fairly conventional, but the visual style at least seems fabulously vibrant, with a distinctly Mexican vibe. Comes out in mid/late October 2014.

Remember I mentioned the crowdfunding project to contact a probe, long in space, now returning near Earth at last? They have control. ^_^ They've made contact, instructed it to enter a telemetry mode, and have confirmed it's sending valid telemetry data. It's all being achieved with the use of software-defined radio, as the original equipment no longer exists - well, that, and some fiendishly bright sorts able to come up with these solutions on the fly, a good dose of complex orbital mechanics, and the help of facilities like Arecibo. SCIENCE! 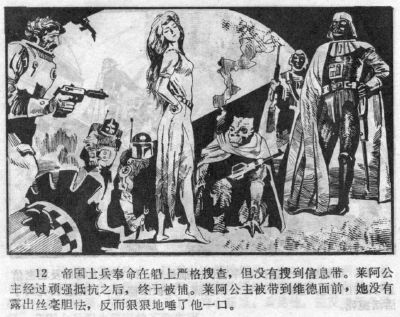 I'd never actually twigged until just now - the character in Tron: Legacy whose name is pronounced similar to "Zeus" is actually Zuse. And I've had it confirmed by the co-writer of the script that yes, that is indeed in homage to Konrad Zuse, a relatively lesser-known pioneer of computing in 1930s Germany.

xyzzysqrl recently pointed out a rather cool undertaking: someone's translating a Chinese manga of Star Wars, circa 1980, back into English, along with the original artwork and text.

The Australian Transport Safety Bureau (ATSB) recently set up a mini-site covering MH370, with a few quite worthwhile documents on offer, such as "Considerations on defining the search area". It's an authoritative summary of the facts as known, including the primary & secondary radar path it's known to have taken, doubling back over the peninsula, changing course as it passed Kuala Lumpur. It goes into how the known search area was established, explaining the ping arcs, even noting "The satellite’s normal function is essentially communication and it was never initially intended to have the capability to track an aircraft. Following the Air France 447 accident, Inmarsat engineers began recording the [Burst Timing Offset] in order to provide another potential means of geo-locating aircraft in the event of a similar accident."

Does anyone have Mac repair recommendations? I'd like to get the old MBP back into action, but that'll require someone with the means to remove and replace the SMC, responsible from fundamental actions, including monitoring the power button, and sequencing power-up for the devices within. With that microcontroller down, I've got a pretty decent spec system that can't be turned on. (Not that I regret buying Hazel, obviously. ^_^ With the sometimes multiple VMs, and Aperture, an 8GB ceiling for RAM was becoming a bit of a hindrance, let alone the raw CPU capabilities, or the 900MB/s performance of its flash storage) 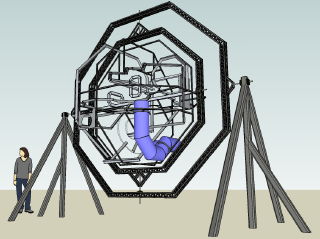 Ever felt the need to help fund a giant rotating 3D maze for bowling balls, for Burning Man? Now you can. =:D

I'd long enjoyed it - so, I finally bought the music edit of Masterchef Synesthesia off iTunes. ^_^ (Did Gregg Wallace ever pass any public comment on the video? =:) (I admit, I enjoyed this tidbit on his Wiki bio: "Wallace met his third wife Heidi, a teacher from Cumbria who is 17 years his junior, in 2009 after she asked him a question about celery and pollock on Twitter.")

Interesting to see an active rather than reactive approach from Royal Mail, who will be piloting Sunday services this summer, with Post Offices and deliveries both going seven days a week in the trial areas.

Here's a two minute commentary on the first openly gay player in the NFL. Superb.

Does anyone know the roots of the American English quirk of adding "fish" to "tuna", and that fish only? Is it regional?

I was intrigued to learn the other day of the existence of RateSetter, a UK outfit offering peer-to-peer lending. For savers, it means an actual return on their money, rather than the near-zero rates offered by banks; for borrowers, it means substantially lower rates than usually offered. Each party specifies what rate they'll be happy with, then RateSetter matches compatible borrowers and lenders, performing soft credit checks along the way. If a borrower misses a payment, the lender is covered by their "provision fund" - not a guarantee, but they seem proud that every lender has received what they should have. 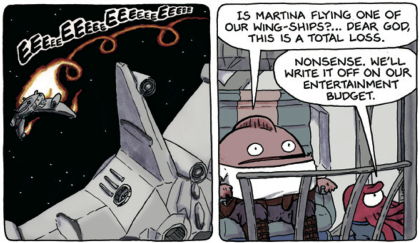 While reading all of Chris Baldwin's recent (as in, 2010-2013) strip, Spacetrawler - I'd been reading it up until I sort of forgot about my RSS reader, so I just went with reading the whole thing from the beginning, first on the site, then the collected PDF (a couple years of work for $12. Easily done!) - I noticed a recommendation for "Faraday the Blob". In particular, this strip, about an HP Lovecraft printer.

I placed an order with Waitrose the other day (mostly beer and cider =:), but, two items were missing - a chorizo Spanish omelette, and some smoked anchovies. I called the local branch up, and they arranged a redelivery a few hours later, even though I'd said it wasn't critical they arrived today. They also refunded me for the cost of both items, at their original price, despite being on a special offer. Whilst it would've been preferable for the order to've been perfect, I'm delighted with how they handled this minor mishap. Mistakes happen - but so much can be said of how you handle them. ^_^ 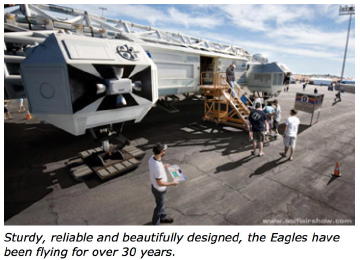 The Sci-Fi Air Show is worth visiting.

I was randomly curious the other day, and checked up what had become of one of my (many =:) old haunts, The Greys, down in Brighton. Frustratingly, I'd previously discovered it had closed/changed hands back in October 2012, being taken over by the owner of a local wine bar. =:/ But, it seems that didn't last too long, and it's now under new management, with what sounds like a reinvigoration of its long-time standing as a cozy music venue, pub with good beers (including several Belgians, sold relatively cheaply, at least back then), and food - now South Asian, it appears, ranging from Pakistan to Goa. No idea when I'll get along to try it out, but there's a good chance I will at some point, as it'd be a relatively practical visit after an afternoon's rabbiteering at the old place. I don't mind places changing (that said, I think I'll always miss the old Magnolia Cafe, which just had a more mellow, fun vibe to it, versus the slightly more prim airs of its new decor, though ultimately, not really much actually changed), but I'd been feeling a little wistful that The Greys had seemingly vanished into history. Sometimes, you really can't keep a good pub down. ^_^

A promising new candidate in the free, end-to-end secure email stakes: ProtonMail, based in Switzerland. This brief interview notes that when it leaves beta around August, they will be offering paid accounts with more features - however, the basic service will be free, without ads.
Collapse