The music weblog Pigeons and Planes recently offered a good article examining the furious creativity to be found within the MLP:FiM musical crowd. (via

It's regrettably only 74s long, but this Japanese fursuit music video is pretty niftily edited. =:D

As I noted a while back, Stan Sakai, creator of the long-running and deservedly acclaimed Usagi Yojimbo, is suffering under tough times, courtesy of medical bills. A comics anthology was planned, and is now due to come out from Dark Horse Comics on July 23, featuring submissions from the likes of Mike Mignola, Jeff Smith, Matt Groening, and Howard Chaykin.

Another means of opting out of the ConDems' plans for selling people's individual NHS data: FaxYourGP.

Here's a bundle, but not so humble, at least by name - The NSFW Bundle, supporting CSC: healthy sexual knowledge, education and public health. It's a collection of books, video, games, and music, including "Chester 5000", a graphic novel of Victorian sex robots, "Labour of Love", an amateur porn disaster on celluloid, "Vampire Hookers", sexploitation in 35mm, and "Animal Chuki - Nativa", from Lima, "slow-burning, floor-shaking music infused with animal desire and tropical intensity", plus much more. As for CSC: "Based in San Francisco, this award-winning nonprofit offers judgment-free education and events to audiences across the sexual and gender spectrum, as well as framing and informing issues of public policy and public health." Unlike Humble Bundle, the share ratio's fixed: 70% creators, 25% VODO, 5% charity. And VODO? I hadn't heard of them before; "A gang of filmmakers, musicians, artists, writers and technologists, spread from Wales to Germany, Canada to China. We’re dedicated to finding amazing content and getting it to you in ways that make sense."

Looking around, vendors' OS X support for DVB-T2 (not just DVB-T) receivers seems dismal. As an alternative, has anyone put together a receiver using some DVB-T2 stick and a Pi? The idea being along the lines of the Broadway TD, which would then be able to save the streams to an attached drive, and relay them over WiFi as well. (In a related, encouraging note, it might be the case that ATSC 3.0 will be DVB-T2 based. Whether or not that'd mean direct compatibility, or at least an easier path toward a globally useful HDTV stick, remains to be seen, but at least it wouldn't be an entirely different animal) That said, given how little TV I'd actually be interested in recording, maybe just a cheap DVR would be fine, like the DVB400, recording onto a thumb drive - not as flexible, but much less faff.

Does anyone know authoritatively how to pronounce Bill Nighy's surname? Is it nEYE-ee, or KNEE-ee, or something else entirely? Either way, someone whose work I never cease to be entirely charmed by, whether in Best Exotic Marigold Hotel, or one of his very best minor roles, the curator in the Van Gogh episode of Doctor Who. (Aha! "pronounced 'nye' but he has been called a number of different things - and he has learned to smile gracefully. He says, "My father used to squirm on the sofa when everybody would say Ni-ey. It used to drive him insane. "I gave up. I get Nigey, Nigley, Nigee, Nigby. The first time I was ever in the newspaper I was Nigby. I'm sure everybody gets a weird name. I don't mind. You can call me nearly anything you like."")

Et voilà! Duly took advantage of LensesForHire's 50% off special, with a Nikkor 70-200mm f/2.8 for Grillstock in June (I wasn't entirely happy with the quality of the shots from the 120-300mm f/2.8 OS - certainly good, but not quite ideal, whereas this is rated very highly by its users; it's also half the weight, similar to the Nikkor 300mm f/4, at a bit over 1.5kg), and a Nikkor 200-400mm f/4 VR in mid-July, tentatively with a trip to Skomer in mind, though I'd easily be able to make use of it just on my usual rabbiteering rounds if that doesn't come to be. If I can manage it, I'd rather like to add a Sigma 300-800mm f/5.6 (aka the Sigmonster =:) - with half off, it becomes a much more attractive experiment, though I'd pretty much have to obtain a suitable tripod first, as it's not exactly a featherweight lens at around 5kg, and fairly front-heavy.

Here's an interesting music app: AudioTool. Requires Flash, but offers a variety of synths and processors you can hook together, reminiscent of Reason's racks, but following more of a spread-out approach than a rack. A rather nifty twist is their ongoing competition, with the winner receiving flights and accommodation for Moogfest 2014 (April 23-27), in Asheville, North Carolina, and the opportunity to play a set at the event, with electronica performances from the likes of Kraftwerk, Pet Shop Boys, M.I.A., Giorgio Moroder, Laurie Anderson, and quite a few more.

Why should you run BOINC? Here's a good example, in which the results of a World Computing Grid project sifted through some three million candidate molecules, resulting in seven that may be useful in attacking neuroblastoma, currently with only a 30% cure rate. Running BOINC simply means that instead of turning off your system at night, you instead leave it running on these computationally intensive tasks - there are many projects you can choose from.

TIL that the Chupa Chups logo was designed by Salvador Dalí. =:D

A few iOS games you might want to have a look at, which struck me as different:

Tengami, with a Japanese pop-up book style. Utterly gorgeous. Really, to appreciate what it's about, I'd recommend viewing the trailer - then you'll (probably =:) see why I had to make a point of mentioning it.

Perloo, "a compact one-of-a-kind puzzle adventure that challenges you to think outside of your comfort zone. See how the real world influences the virtual one – and vice versa. Perloo plays with physics, quantum mechanics, philosophy, optics and perception to create a world with rules of its own." 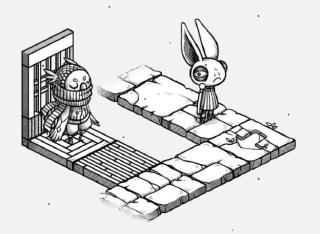 Oquonie, an isometric adventure where you begin with no introduction, and instructions from someone in an unintelligible pictographic language. It's up to you to work it out from there. =:D

Astro Golf, miniature golf as played with robots in a spaceship's cargo hold.

Ava's Quest, a platformer with a sense of style.

And I thought this not-quite-'suiting tale might appeal to

"Candy, cookies, soft drinks, cereal…sugar, sugar, sugar. This sweet additive is everywhere, with an average consumption of 130lbs per year for each American. We’re infatuated with sugar. But where does our beloved sweetener come from? and who tended the crops? More importantly, how does sugar affect them? In Nicaragua, which exports 40% of its sugar to America, the average life span of men who harvest sugar cane is 49 years. At the root of these early deaths is an epidemic of fatal Chronic Kidney Disease (CKDu). In the town Chichigalpa, often called the “Island of Widows,” 1-in-3 men, mostly cane workers, are in end-stage renal failure. This fatal disease is not only a public health crisis, but also a social injustice. The cause of this epidemic is unknown, which is why we are launching this documentary project. Through our efforts, we can help draw attention and resources that could help save lives."

Here: links to every episode of Duckman, on YouTube.

Well, here goes nothing (except the entry fee) - just registered for the Wildlife Photographer of the Year contest, hosted by the Natural History Museum. It's extraordinarily unlikely I'll come close to even being a finalist in this, given it's pretty much the most prestigious wildlife competition around, so the standard of entries tends to be especially high. Still, the only way to guarantee not winning is to not enter. (If you're interested as well, entries must be submitted by noon GMT on Feb 27, with finalists being notified in confidence in May)
Collapse