So, we saw Cloudy with a Chance of Meatballs 2 recently. Quite enjoyable, but the storyline didn't quite come together, for me - it felt rather as it was, a generic story involving characters from the first film. =:/ On the other paw, the night felt right to finally get around to Ernest et Célestine - which was an absolute delight. ^_^ The characters felt so genuine, the settings and their innate prejudices quite convincing, and that beautiful hand-drawn animation! Gorgeous! Absolutely, see this if you can. (And I'm pleased to note its English dub is actually quite good, and due to debut in LA and New York, followed by a "nationwide expansion to major markets") 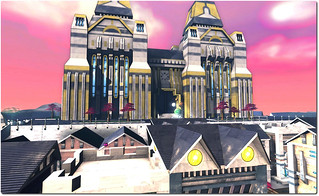 If you enjoyed Ratatouille (not that I'm thinking of anyone in particular here =:), you might enjoy learning there'll be a Ratatouille ride at Disneyland Paris soon, with the emphasis being on experiencing the world from a rat's perspective, close to the ground. =:D

An SL area I think I may have to visit: Onderon, a neutral world in the Star Wars universe, here photographed by Inara Pey. It sounds entirely accommodating of visitors of all species, providing you wear an Observer tag, unless you're wanting to participate in the RPing.

Here's a documentary Kickstarter to consider, on being transgendered in India, Three Halves: "Needless to say, India's estimated one million TGs undergo immense hardship on their journey to inhabit the body they feel they were born to live in. The festival offers a rare opportunity to escape, where ‘hijras’ can relax in a unique environment, free from judgement or mockery. The Koothandavar Festival, in Koovagam, Tamilnadu is an important part of ‘hijra’ history. Each April, thousands of ‘hijras’ visit this tiny hamlet to dance, sing, socialise and re-enact this extraordinary tale of love and grief:

On the eve of battle, the warlord Aravaan prepared himself. He was ready to die in combat but before he did so, he wanted to be married. Who would agree to being a wife for only one night? Lord Krishna, on hearing this, transformed himself into the beautiful Mohini and fulfilled Aravaan’s wishes. The battle dawned and Aravaan was killed. The last thing he saw was Krishna/Mohini standing on the side of the battlefield, wailing with grief."

An event that might interest one or two folks: the RAF Museum is holding an Open Cockpits Evening on Friday, March 11 2014, 6-9pm: "For one night only the Museum will open its doors and allow access to some historic aircraft. Get up close and personal with these beautiful machines and experience the collection in a new light." The highlight for me would be cockpit access to a Vulcan. =:D

If you have an iPad, keep an eye out for the release of RymdResa. I'm participating in their beta testing, and it's rather a special kind of "game". I say that ambivalently, as it's a game in a similar way to Second Life - it's not inappropriate to term it thusly, but it's not really a game either. =:) You're exploring the universe, following the loss of your homeworld - sometimes, you'll encounter helpful artefacts, sometimes, wastes of time. Ah, and there are poignant observations about it all, professionally voiced. It's all rendered lovingly in 16-bit style - not a conceit I'm generally taken by, but it does work.

Rather an impressive bit of kit, and a little reminiscent of the opening scene of BTTF: Large European Acoustic Facility, the loudest sound system in Europe, capable of more than 154dB. (It's used to subject satellites to the noise of a launcher taking off and in flight)

For the SL nerds, this posting by Monty Linden goes into technical detail on their HTTP project, aimed at substantially raising the number of simultaneous connections possible, based on ping time and request rate. It's quite illuminating to see how complex an issue this becomes, given the variety of factors - some under their control, some not. Addressing them all, as such, becomes a multi-layered affair, laying modest foundations at first, then building upon them. 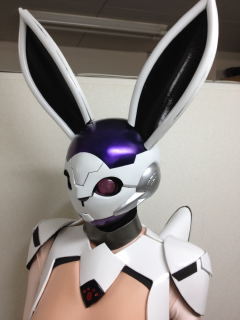 Speaking of which, the Lab recently gained a new CEO, succeeding Rodvik - one Ebbe Altberg. So far, so good - he's been happily engaging folks on Twitter, and SLU. It's quite a challenge he has, of course - there aren't a huge number of MMORPGs around, and fewer still that revolve around user designs, rather than the company itself, leading to a good part of what sets SL apart: you can be pretty much anything you want to be, not just the designers' vision, but at the cost of an inherent lack of optimisation when it comes to rendering the world, be it over-complex models, or needlessly high resolution textures. Still, it's a fairly unique venue, and I'm delighted to be there. I hope he will be too.

Here's a very cool robobunny, NyoROBOtics Brownie-chan. ^_^ (Some more stills can be found over here)

If you're a UK photographer, and have a hankering for expensive lenses, you might be interested in Lenses for Hire's February special: 50% off all rates! That's making the notion of a short spell with some eye-wateringly costly lenses quite attractive. In particular, I'd love to try out the Nikkor 200-400mm f/4, and possibly either the 500mm f/4, or the infamous Sigmonster (300-800mm f/5.6). If I did so, I might try arranging a trip to Skomer to use them. And while I'm at it, maybe a Nikkor 70-200mm f/2.8 for Grillstock.. the Sigma 120-300mm f/2.8 does a good job, but I wasn't entirely satisfied that it was as sharp as I'd've preferred - arguably something of an inevitability with zooms vs primes. (And it has to be said, the Nikkor 300mm f/4D is phenomenally sharp, even with a 1.4x TC, on a 24MP crop sensor) FWIW, I've had it clarified by them that this discount does indeed apply to all rentals booked in February, rather than taking place in February - if you're renting for at least seven days, you can book a lens up to six months ahead. You're charged only upon dispatch, though they will place a week-long authorisation hold on the required funds when the booking is placed.

Don't suppose anyone's using multiple hard drives on a USB 3 hub? I'm just wondering if the interface finally offers sufficient bandwidth to service two drives simultaneously without impinging on performance. My photographic archive resides primarily on a pair of external USB 3 drives in a redundant RAID configuration, which I currently just connect directly to Hazel - but, as the current rMBPs only have two USB sockets, rather inexplicably, I'm pondering a hub to leave some USB connectivity free, but not if having all the traffic hanging off one interface slows things down, given the volumes of data that I tend to shuffle around on them. Still, I suppose it's not that often I delve into the archives anyway.

Unrelatedly, if you use external HDs, do make sure your power strip setup is solid, lest you wind up having it commence an automatic eight-hour rebuild when their power is suddenly cut. *cough*

On that note, I noticed French ISP OVH has a cloud backup offering, hubiC, with some quite attractive pricing, topping out at 10€/mo for 10TB (or 1€/mo for 100GB), which compares quite well against Dropbox's 100GB for $10/mo. At the top level, I'd be able to store every photo I have in the archive, and still have plenty of room to spare. Don't suppose anyone has experience with how well they fare in reality?

huskyteer's prompting, our latest Master of Malt (a dangerous site indeed - and they do ship worldwide, though that doesn't come cheaply) order included an example of jenever, the Dutch breed of gin. In our case, Filliers 1992 vintage 2nd release graanjenever - quite different to the London examples I've tried! Quite a bit lighter in nature, a little more herbal. My other bottle was a Dictador 20 year old, from Colombia - the defining characteristic here is a long, long, happy tail of caramel, almost Christmas cake. The roomie, meanwhile, plumped for Auchentoshan Three Wood - still not as complex as last year's 25y.o. Glenglassaugh, but then, that was a couple times the price. =:P Oh, and a couple samples: what promises to be a very nice 17y.o. calvados, and an example of sotol, a Mexican spirit made from the Desert Spoon plant - not a name I'd heard before, so I had to give it a shot.