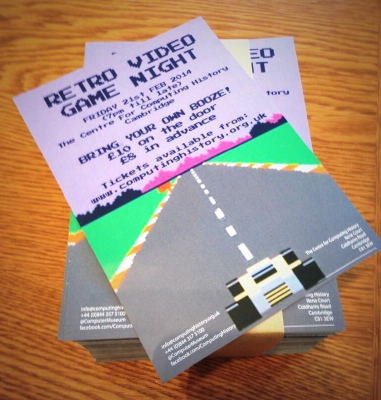 Here's a time-lapse compilation worth a couple minutes of your time, Outside My Window, from aboard the ISS. It's quite wonderful, in the simplest sense. This is what we're capable of!

While viewing Blood & Oil, about the necessity of following your passions, I noticed a welcome tweak to the site: it's now possible to tip creators directly, not involving PayPal, though that's also an option. I'd love to see more support for non-PayPal tipping, whether Flattr, Amazon Payments, or a conventional payments processor.

A little geegaw of interest to users of newer iPads with Lightning connectors: a combo USB/memory card adaptor. Whilst it's not been a priority for me, on occasion, I've wanted to review the day's shots on a larger display than the D7100's own, and the iPad's obviously the ideal candidate for that. And lo, it works! It does feel as cheap as it is, but at least prima facie, it seems to do what it claims: reads SD Cards (at least, the 32GB SDXC I tried), and provides USB connectivity, proven here with an M-Audio Keystation 49 MIDI controller talking to VirSyn's Addictive Synth. =:D (And no powered hub required - just the keyboard straight into the iPad)

So, that was a little out of the ordinary - received a call identifying itself as coming from a UK 0845 number (a relic of a bygone age, originally intended to make calling companies cheaper than doing so with their normal, geographic number, by charging all such numbers at the cheapest "local" rate. Of course, now, with most people either using cellphones with umptykajillion days of calls included, or landline plans with calls up to an hour free, those 0845 numbers wind up costing more than they would - a portion of which goes to the company in question), so I was expecting it to be some corporate follow-up or somesuch. Then I heard the words "Barclaycard" and "fraud" uttered by the synth voice on the other end.. =:/ I've had those a few times in the past, innocuously, usually after Linden Lab's tried processing a payment: the system reads out the most recent few transactions, and asks whether you recognise them or not. In this case, that was a tiny amount to some children's clothing company, then increasing amounts to a telco based in Ireland - first two for £25, then £100, then £300, followed by £2000 to a college (!). The larger ones were rejected, just leaving the two £25 and clothing to dispute online, when the replacement arrives on Friday or thereabouts. So, no huge harm done, though I'm left wondering which retailer's going to be announcing a data breach shortly..

And just out of random curiosity, how about sharing drinks you enjoy? ^_^

Open to: All, detailed results viewable to: All. Participants: 21

What’s in your drinks stock at the moment?